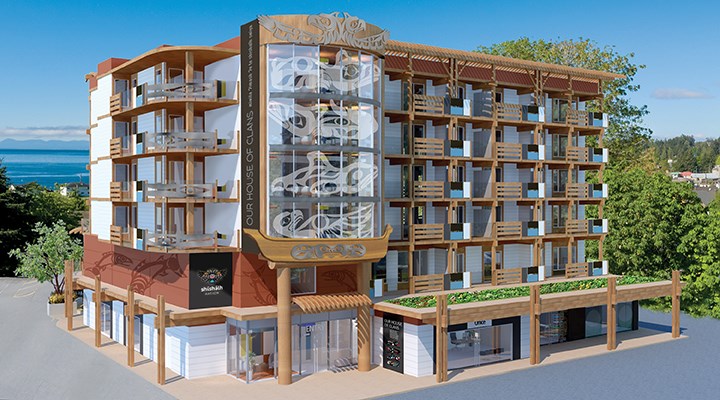 It was predicted long ago that if the Sunshine Coast did not find a way to create affordable housing, workers in many key sectors would become so scarce that no one would be here to provide even the most basic of services.

It was predicted long ago that if the Sunshine Coast did not find a way to create affordable housing, workers in many key sectors would become so scarce that no one would be here to provide even the most basic of services. Are we there already?

As we continue to reflect on this issue and discuss the impact of Airbnbs and the level of government who should do what for whom, First Nations in the region are taking serious steps to provide affordable housing for their members.

The Squamish Nation embarked on a plan to build more than 400 affordable housing units in three locations – two in North Vancouver and a third in Squamish – after the proposal received overwhelming support from members in a referendum on the 28th. July.

Construction of the first 94 units will begin in the fall. As North Shore News reported last weekend, this is all part of a larger goal to house every member of the Squamish Nation within a generation and build a total of 1,000 units. To achieve this, the council will take out low-interest government loans to finance construction.

Closer to home, the Shíshálh Nation asked the province for $ 9 million over three years under the founding agreement to help pay the costs associated with SSC’s former property in Porpoise Bay. Among other things, the land will be used to build and operate affordable and culturally appropriate housing, focusing on the needs of seniors, women and children.

These units will be in addition to the 34 rental apartments planned for the six-story Our House of Clans development at 5573 Sunshine Coast Hwy. Scheduled for completion next spring, units range from studios to three bedrooms.

The nation is also moving forward with plans for a subdivision in Selma Park that will create building land for 86 single-family, two duplex and four quadruple homes.

Faced with long and growing waiting lists for housing, shíshálh and Squamish are looking for solutions. They leverage every government dollar they can get, they focus on stocks, and they push hard in the directions set by their voting members.

There is no doubt that First Nations governance, authority and scale can offer certain advantages over the community as a whole, where the three levels of government each seem to undertake a lot and yet accomplish very little in the community. ground. But First Nations also have many unique challenges and constraints, and that does not prevent them from acting decisively in the best interests of their people.
This is a lesson our leaders must learn if this housing crisis is ever to end.