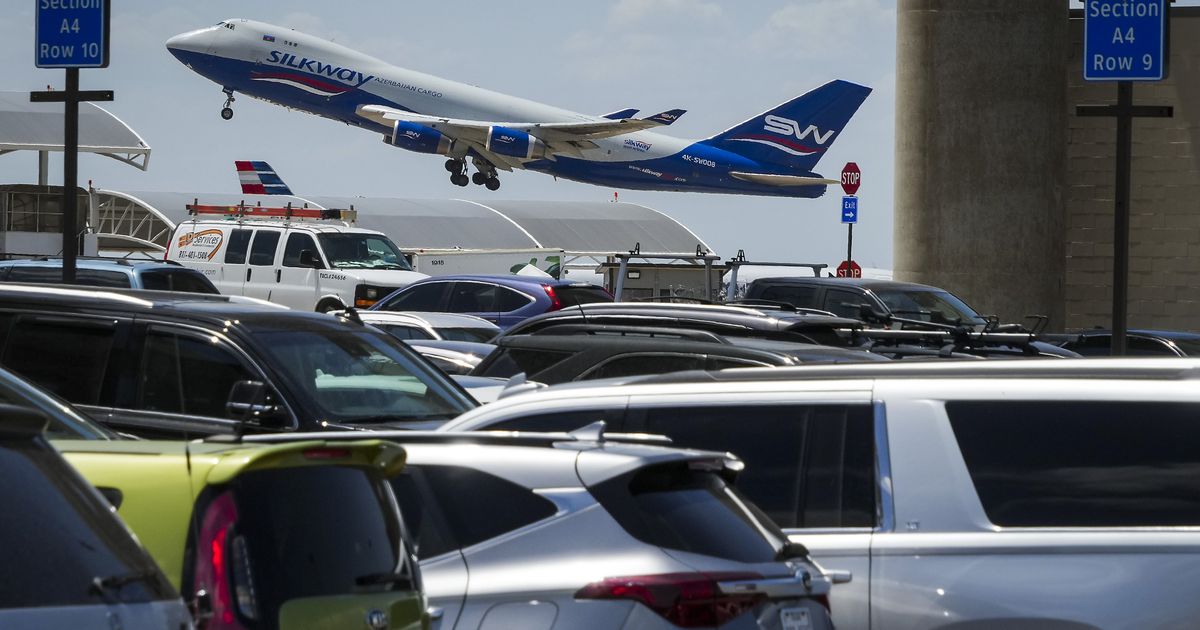 The emerging car-sharing industry and companies such as Turo are already running into obstacles in the Dallas area at one of its most important points – the airports.

After filing a lawsuit against the largest car-sharing company Turo last fall, DFW International Airport is seeking to make it harder for car-sharing fleet operators to operate on its property by towing cars on site in the car parks.

Car-sharing companies have boomed over the past year as a shortage of rental cars hit established operators and the sharing economy has spread from housing to swimming pools and backyards for homeowners of animals.

Car sharing has undergone its own revolution in recent years, in the same way that companies such as Airbnb have. Home rental websites have evolved from a couch surfing platform to a network of landlords operating multiple, if not dozens of properties.

Based in San Francisco Turo, which filed for an IPO in Januaryhas evolved from a service where people share their own car to a network of “hosts” who own multiple cars, sometimes dozens, and can make a profit of more than $1,000 per month per new vehicle, the company said. Turo’s net revenue nearly tripled last year to $330 million, though it’s still operating at a steep loss, common for tech startups.

Competing car-sharing company, GetAround, announced plans to go public earlier this year through a special purpose acquisition company valued at approximately $1.2 billion. This was after raising over $500 million in the private market.

Nicholas Fennema of Dallas has expanded his fleet to four cars, all new purchases, since he started working with Turo three years ago. He said his most popular vehicle, a Ford Bronco, could generate up to $4,000 in profit per month, easily covering his monthly payments.

“I went from one car, just for fun, to another car and another,” said Fennema, who manages real estate investment properties full-time.

But like any emerging business model where rules and regulations lag behind, carsharing is experiencing its own growing pains. Several airports across the country, including DFW Airport, sued Turo and six operators for doing business on airport property. Airport officials say rideshare hosts conduct thousands of transactions on airport property without the same regulations and costs that car rental companies or rideshare companies pay.

“We have a problem with illegal business activities, especially professional car rental companies who own fleets of vehicles and rent cars online and have them delivered here to the airport,” DFW airport lawyer Paul Tomme said at a meeting of the airport’s board of directors on August 2. “They don’t have a permit at the airport to do that, even though the code requires them to have one, they don’t pay airport fees, they don’t collect state taxes on rental cars or local taxes on rental cars and return them to the state.”

Tomme said the idea was to go after the big Turo operators with dozens of vehicles, “not mom and dad”.

The airport’s lawsuit in Tarrant County Court said the six named Turo operators made thousands of vehicle transfers to airport customers, transfers that the airport is unable to track because they are done through the Turo app.

Rental cars are big business at the airport, they are expected to pay $33.6 million in revenue for the airport this year, while parking brings in another $145 million.

This isn’t the only place where Turo has run into trouble. Turo is facing similar lawsuits from airport authorities in Massachusetts, Tennessee and Florida, according to the company’s regulatory filings. In California, where Turo is based, state courts have ruled that San Francisco International Airport cannot require Turo to obtain the same types of licenses to operate on airport property including airport rental companies. cars need.

A spokeswoman for Turo said the company is not a car rental company.

“DFW’s attempt to lump the peer-to-peer car-sharing community into the same bucket as the multi-billion dollar car rental companies and try to impose fees that don’t fit the model commercialization of Turo (which does not involve any on-site lot or infrastructure) is inappropriate,” Turo spokeswoman Catherine Mejia said in an email.

Some airports have created frameworks for car-sharing services such as Turo, but neither DFW nor Dallas Love Field have.

“Equitable access to the airport cultivates consumer choice and the assurance that tourism dollars return to the pockets of residents,” Mejia said.

Tomme said the airport identified Turo operators by performing undercover rental operations. If these new rules are approved by the cities of Dallas and Fort Worth, which oversee the airport, they will be able to begin towing carpool vehicles in airport parking lots.

Fennema, who is not named in DFW’s lawsuit, said car-sharing hosts face costs to deliver vehicles to the airport. When it started, Fennema waited for customers outside the baggage claim area, but that was a problem due to rules against overstaying and the prospect of delayed flights. The option he and most users have opted for is to park the car in the garage, where customers can open the vehicle via the app or with a code.

Getting to the airport can also be “boring” due to time and cost, he said. Even after driving there, car-sharing operators have to take an Uber or bus home. Still, Fennema said airports are an important part of the business because of vacationers. Sometimes he hires teenage neighbors to deliver cars, but often he does it himself.

Reviewers have noted that getting a car from Turo often costs about the same as a rental vehicle after fees. Clients may skip the rental counter, but they also run the risk of their Turo host canceling.

“Turo has been responsive to some extent, but there is currently no solution in place to properly operate or charge for this service,” she said.

After lobbying Turo and other industry players, Texas passed a law in 2021 that makes peer-to-peer carsharing companies separate from car rental companies.

Love Field pushed car-sharing hosts to use parking garages to complete redemptions instead of crowding pick-up areas outside of baggage claim. This subjects Turo users to garage parking fees. Curbside pickup at Love Field is free.

Carpooling is also experiencing growth difficulties outside of airports.

In Seattle, residents have complained that Turo operators with fleets of dozens of vehicles are clogging crowded city neighborhoods where parking is already limited, according Seattle weather.

The legislators of Hawaii this year proposed a bill to ban peer-to-peer car sharing as Aloha State faces concerns over too many touristsaccording to Hawaii News Now.

Trevor Davis, a junior ROTC teacher in Dallas and retired military recruiter, started listing his car on Turo in 2019 to justify the price of buying a new Nissan Sentra. He purchased another new vehicle and two used vehicles, all small and medium sedans.

He said he saw a huge increase in demand from 2021, when COVID-19 restrictions started to ease, but the car rental industry faced shortages due to the sale of inventory l ‘last year.

Now he says he can make around $1,000 a month on each car, although he doesn’t do it full-time due to his job as a teacher. Still, he said he was earning more than enough to pay for car payments and other expenses.

He tends to avoid the airport and now encourages customers to meet at their hotel, avoiding airport parking fees and hassle with the airport itself.

“At first I was doing a lot of drop-offs at airports, then I noticed a bit of friction, like you couldn’t just stop there and wait,” he said. “Now it’s just easier to find another place to meet.”