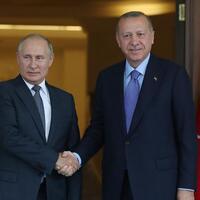 Erdoğan talks to Putin for a truce in Ukraine

On April 26, President Recep Tayyip Erdoğan met with his Russian counterpart, Vladimir Putin, and renewed his proposal for a leaders’ summit in Turkey with the Ukrainian leader to end the war.

Continuing the positive momentum gained during the Istanbul talks to achieve peace in Ukraine is in everyone’s interest, Erdoğan told Putin, according to the Turkish presidency.

Previous talks between Ukraine and Russia held in Istanbul are expected to meet at the leadership level, he said, stressing that the “Istanbul process” was a particularly important threshold in the negotiations.

Erdoğan stressed the importance of achieving a ceasefire, the effective functioning of humanitarian corridors and safe evacuations. Turkey will continue to do its best to stop this “course that harms everyone” and to establish a lasting peace, Erdoğan added.

Erdoğan and Putin had the conversation following a visit by UN Secretary General Antonio Guterres to Ankara on April 25. Guterres traveled to Moscow on April 26 for a meeting with Putin, which will be followed by talks in kyiv on April 28 aimed at halting the Russian invasion.

Speaking at a cabinet meeting on April 25, Erdoğan recalled that he had a phone conversation with Ukrainian President Volodymyr Zelensky over the weekend. Erdoğan said he voiced both sides’ approaches, as well as Turkey’s suggestions, in discussions with his interlocutors from Russia and Ukraine.

“The talks held in Istanbul continue to be the most important platform for resolving the Ukrainian-Russian crisis,” he said, reiterating that Ankara aims to see a final peace deal at a meeting leaders in Turkey.

Erdoğan held several telephone talks with Ukrainian and Russian leaders in an effort to facilitate their negotiations, while Turkish foreign and defense ministers held talks with their counterparts on the issue of humanitarian corridors and efforts to achieve peace. a ceasefire.

Even before Russia launched its military operation in Ukraine on February 25, Erdoğan proposed that the warring parties hold a meeting in Istanbul in order to calm the tension in the region.

Turkey, a member of NATO, which maintains friendly relations with both parties, has positioned itself as a mediator. Ankara announced that it would fully implement the requirements of the Montreux Convention and urged all parties to refrain from making the Black Sea an arena for “competition”.

Turkey’s southern province of Antalya hosted the first high-level meeting between the two countries’ foreign ministers on March 10. Istanbul was also the site of a face-to-face meeting between Russian and Ukrainian negotiators on March 29.

Erdoğan said earlier that Turkey is ready, in principle, to operate as a guarantor country for Ukraine, but the details of such a format need to be worked out. His statement followed kyiv’s request that Turkey be among the countries that will be the guarantors of any agreement with Moscow. 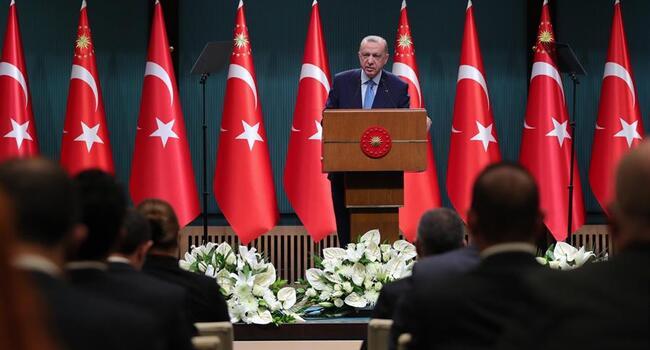