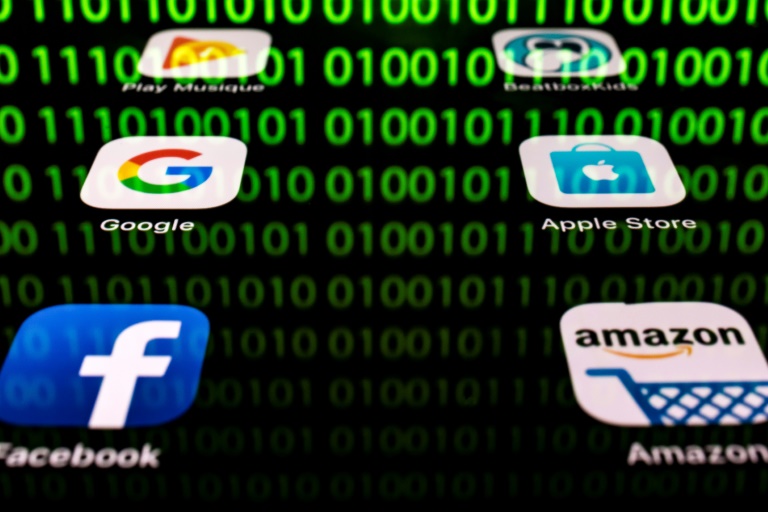 The European Union is negotiating landmark laws that, when agreed upon, could set a new global standard for how America’s tech giants can operate – Copyright AFP / File ANDER GILLENEA

The European push to reduce the power of big tech and radically transform the way Facebook, Apple or Google do business is gaining momentum, though efforts could still fail.

The European Union is negotiating landmark laws that, when agreed upon, could set a new global standard for how America’s tech giants can operate.

The effort gained momentum after Facebook whistleblower Frances Haugen, who will be traveling to Brussels next month, revealed the company’s systemic failure to correct the damaging effects of its products, motivated instead by increased traffic and profits.

Tech giants are spending millions of euros lobbying to influence lawmakers in the European Parliament and all 27 Member States, eager to protect their powerful profit centers such as targeted ads or hefty fees on app stores.

The EU has divided its regulatory revolution into two laws, the Digital Markets Act (DMA) and the Digital Services Act.

Slovenia, which currently holds the rotating EU presidency, is working hard to get the 27 member states of the bloc to reach a common position on the two laws at a meeting on November 25, a spokesperson said on Thursday.

“Things are going well, but there are still open questions,” said another diplomat of DMA, which could potentially give the EU the power to split up big tech companies.

Member states would then launch negotiations with the European Parliament to finalize the two laws with great fanfare during the French presidency of the EU which begins in January.

The biggest threat to the ambitious timetable lies in parliament, where the main political groups are still divided on the main aspects of the laws.

However, key lawmakers who run legislation in parliament insist that compromises will be found and the urgency to harness big tech will prevail.

They hope their position will also be sealed in time for the French presidency.

One of the big battles concerns the DMA, which will put in place a strict regulation for the “guardians” of the Internet, Google, Facebook, Apple, Amazon and Microsoft being certain to be caught in its clutches.

Its demands will potentially be a game-changer: Apple could be forced to open its iPhones to competing app stores while Facebook and Google would be limited in their user tracking for ads – the key to billions of dollars in profits.

But the Social Democrats, the second largest group in parliaments, want a wider range of tech giants – like Netflix, Booking.com or Airbnb – also regulated as gatekeepers, which others are opposed to. .

A deal on the issue will require “some sort of compromise on all sides and so far I think we are getting this on the right track,” said center-right MEP Adreas Schwab, who is pushing the law through. Parliament.

MEP Evelyne Gebhardt said she was convinced that the negotiations “could be concluded in the coming weeks”, even if the problem remains a red line.

Another sensitive debate among lawmakers is who will be responsible for cracking down on the giants once the new rules are in place.

Some national authorities want to keep a strong voice, but others want Brussels to have the power to act quickly and strike hard anywhere in the bloc.

This is especially true for the Digital Services Act, which will control illegal content, tech companies face fines, or worse if issues are not addressed quickly and properly.

Thierry Breton, the EU commissioner who led the initial proposals, told reporters that some fear that a weak Brussels will allow some states to be more lax than others.

“Time is running out, we must move these two laws forward,” he added.

Saudi finance official absent from conference he is organizing

A movement for refugee leadership