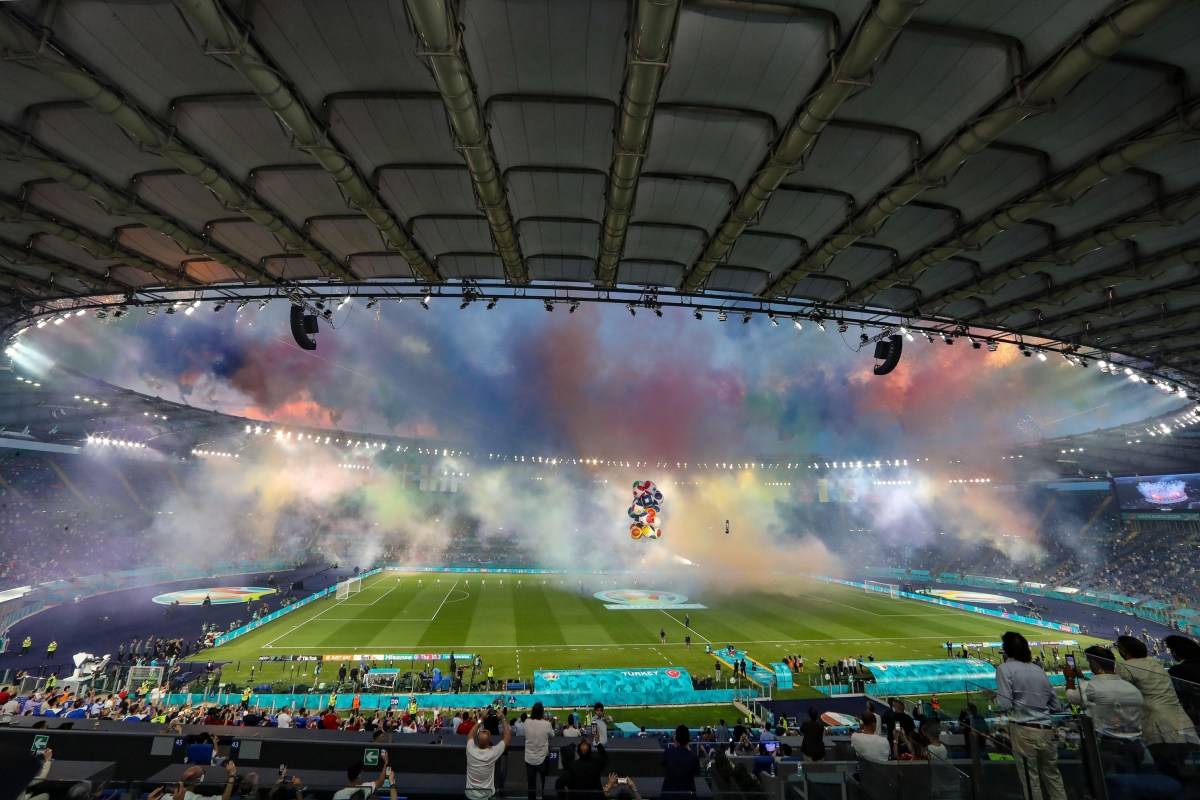 BRITS traveling to Italy must test negative and be quarantined for at least five days – but there are some exceptions to the rules.

England fans may miss watching the Three Lions take on Ukraine in the Euro 2020 quarter-final at Rome’s Stadio Olimpico on Saturday.

Italian authorities have reintroduced mandatory self-isolation for visitors from the UK until at least July 30 due to Delta variant issues.

But there are a small number of exceptions to the rules that allow people to bypass quarantine and testing requirements.

The penalties for breaking Italy’s lockdown rules are severe.

Authorities said today they plan to tighten the rules and may carry out spot checks on arrivals from Britain.

The British government has urged England fans not to travel to the Italian capital for this weekend’s game.

Energy Minister Anne-Marie Trevelyan said fans should “look from home and cheer on the team as hard as possible”.

The rules published on the Italian government’s website list the exceptions that can be invoked to avoid having to self-isolate.

These include traveling to the country for “proven reasons of work, health or emergency” for a period of less than five days.

People who can demonstrate a strong need to be in Italy for their work, including employees of companies with offices there, can use this rule.

Staff will need to prove to authorities that they are traveling for work by providing documentation.

The regulations state: “In the event of entry for professional reasons, it is necessary to attach the invitation letter from the event organizer and the letter from the company signed by the latter’s legal representative, certifying and confirming the need to work in Italy.

“In the case of business travel for employees working in Italy on foreign sites, the exemption from quarantine will be granted to those who have to physically resume their work in the company once back in Italy.

Certain specific categories of workers, such as transport crew members and on-board transport personnel, are also exempt from quarantine.

Anyone arriving in Italy must complete a passenger locator form providing details of where they will be staying during their stay in the country.

There is no exemption from quarantine for people traveling by car. They are allowed to spend up to 72 hours to cross the country, but cannot stop.

English fans who secured tickets to the big clash have been devastated by the new quarantine rules.

Warrick Howard of Leicestershire bought his in 2019 for £ 120 but will no longer be able to attend.

He said: “Given the enormous pressure to get everyone vaccinated, there were ways to make it work for the fans attending this tournament, but UEFA and the EU did not. made no effort to do so.

English fans in Italy will be able to watch Saturday’s match, as well as those coming from the EU or the Schengen area.

A minister suggested that our allocation of 2,600 tickets be allocated to expatriates living on the continent.

But the England Supporters Travel Club has confirmed that the tickets will not be sold by the FA.

But work is underway behind the scenes for English nationals living in Italy to attend.

Fans arriving from Canada, Japan or the United States are not bound by the same rules as the United Kingdom and will be allowed to enter Italy.