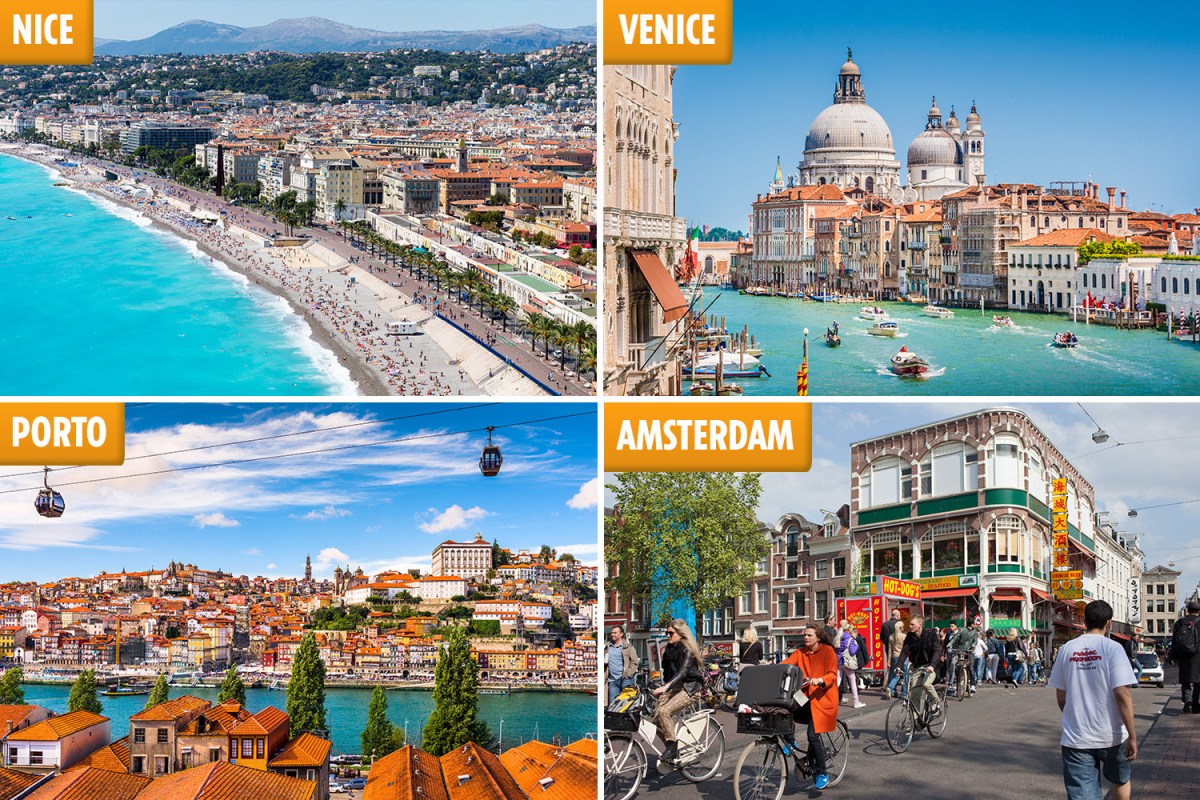 According to new research, there are many cheaper European destinations to visit this year than last year.

The Post’s 2019 urban cost barometer revealed the European cities where the pound will go the furthest this year.

The report looked at the prices of 12 items Britons typically buy on vacation to see where they were cheapest.

The report also revealed the destinations where prices fell from last year – in part thanks to a stronger pound.

Prices in Venice are down 23.3% compared to last year, while Amsterdam is down 17%.

However, cities like Krakow and Lille have increased their prices compared to last year, while the five capitals of Scandinavia remain among the most expensive.

But if you’re still looking for a cheap deal for Europe, these might be your thing.

Venice – Two nights and return flights for £ 89 per person

You can enjoy a two-night stay in Venice for just £ 89 per person including return flights and accommodation with Groupon.

The hotel in which you will stay is the three-star Piave hotel, located a few minutes by train from the city center.

Amsterdam – Two nights and return flights for £ 99 per person

A last minute Groupon city break in the Dutch city is available for just £ 99 per person for two nights.

You’ll stay at the four-star Amadi Panorama Hotel, located in the heart of the city, and flights are also included.

Nice – Two nights and return flights for £ 89 per person

Why not spend a few days in the French Riveria for just £ 89 per person including return flights?

The Living Social offer includes a travel-themed stay at the Excelsior Hotel, decorated with postcards and retro suitcases.

Brits who want to explore more than one city can visit Barcelona and Madrid for just £ 219 per person with Wowcher.

The deal includes a domestic flight between the two destinations, and you’ll enjoy glamorous stays at four-star hotels, with two nights at each location, before returning home.

Oslo – Two nights and return flights for £ 150 per person

British Airways offers a low cost stay offer for those wishing to travel to Oslo, for just £ 150 per person for two nights and two flights.

While the city is known to be expensive, the hotel included in the deal is just two minutes from the train station to the center.

Copenhagen – Two nights and return flights for £ 99 per person

A trip to the Nordic city can be enjoyed for under £ 100 with GoGroopie.

Round-trip flights and a choice of First Hotel Mayfair or Hotel Richmond are included.

Last year, the post’s study found the cheapest city to be Krakow in Poland, with Vilnius coming in second.

Others included Riga in Latvia and Warsaw in Poland.

Earlier this year, Sun Online Travel revealed the cities with strong pound sterling, with Prague and Istanbul leading the way.

Get extra savings with The Sun Vouchers discounts and coupons.

Rental car shortage: how to save money by booking