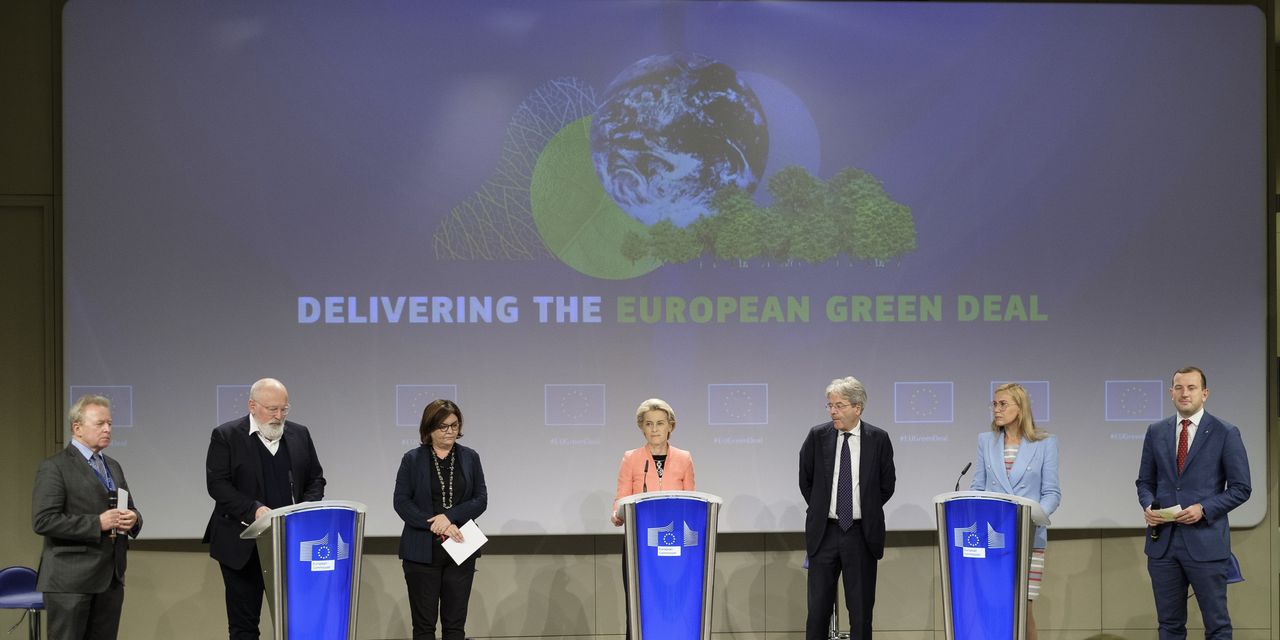 Brussels wants you to know that Europe’s best bureaucrats are thinking big on climate change and that they released a comprehensive regulatory and spending plan on Wednesday to prove it. Call it a fear and shock strategy: They hope voters are so impressed with its grand ambitions that they won’t have time to be shocked by what is in it.

Called “Fit for 55“, the European Commission says the goal of its program is to reduce the European Union’s carbon emissions by at least 55% from 1990 levels by 2030. This is supposed to put Europe on the right way to become “the first climate neutral continent in the world” by 2050. The great revelation from Brussels consists of hundreds and hundreds of pages of proposals for legal changes and spending commitments.

The problem will be what is in the fine print. Title promises will be quite difficult. Brussels wants ban the sale of new internal combustion cars by 2035 and subject aviation to the EU Emissions Trading System– good luck taking a vacation on a budget.

Another proposal requires huge spending to stimulate energetic efficiency. There is a renewable energy directive, and an update of the regulations on land use, forestry and agriculture (requiring, among other things, the planting of three billion trees by 2030).

Most of it won’t happen soon, or in this form. Industry groups began to furiously choose Fit for 55 even before its release. They will be sure to inform the national governments that must approve this legislative hydra of all the ways this package will be bad for job creation. They are right, especially for industries such as aviation already nearly bankrupt by the pandemic. Governments will shy away from the costs as they struggle to manage the spending and debt associated with the pandemic.