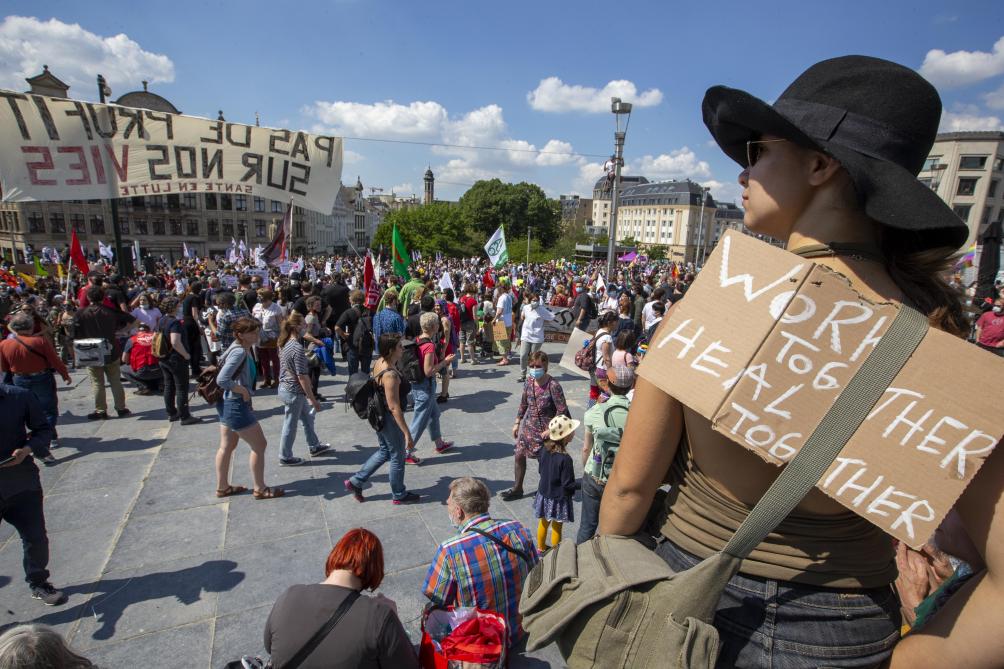 More than 1,500 people took part in the demonstration for health, entitled “La Santé en Lutte”, at the Mont des Arts, in Brussels.

SAccording to the estimates of the Brussels Capital Ixelles police, 1,500 people present on Saturday at 3 p.m. at the Mont des Arts in Brussels to participate in the second edition of the demonstration for health. This gathering, the only one authorized in the capital this Saturday, demands more funding for the health sector.

Gathered under a giant banner “No profits on our lives”, it is not only health professionals, but also united citizens and many other movements who have joined the protest. Thus, members of L’École en Lutte, Extinction Rébellion, Youth for Climate, the Poverty Alleviation Network and various feminist associations came to support health, but also to make their own demands.

“Lifting of patents on drugs and vaccines”

“We demand a health system accessible to all, rich and poor alike, decent working conditions that will allow us to put people back at the center of concerns”, deplore the organizers. “It is totally immoral to make money on people’s health. We are also asking for patents on drugs and vaccines to be lifted. “

Different workers in the health sector follow one another on the stage to testify about their working conditions. Word was also given to teachers, undocumented migrants and feminist associations. Some musical performances also took place.

The protest for health is an international movement. Similar gatherings are taking place this Saturday, notably in France and Italy, and will be held in other countries such as Canada or the United Kingdom in the following weeks.