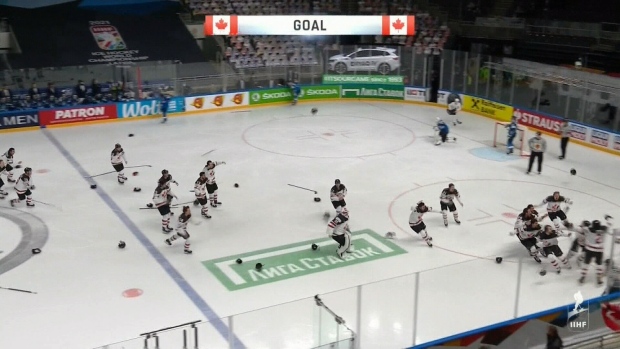 SASKATOON – After Team Canada lost its first three games of the IIHF World Hockey Championship, scoring just two goals, some thought their time in the tournament was coming to an end.

It turned out that they were just getting started.

Starting goalie Darcy Kuemper of Saskatoon said this year was special and despite the team’s slow start, things started to kick in as the playoff round approached.

Team chemistry was an issue this year and not just for Team Canada. Kuemper said that with all the COVID-19 restrictions in place, it was harder this year to bond with the team.

“There wasn’t a lot of time to get to know each other and train together, I think we only had three skates so we played. Obviously, that chemistry must have built up over time, ”said Kuemper.

“I KNEW WE GOT BETTER”

“I think we learned a lot from the first two games. When we faced the Americans at the start of the tournament, we didn’t feel like we had played our best game, I knew we would do better. Against Finland in the round robin we lost in the shootout, it was close, ”said Kuemper.

“We were confident we could play with them too. It went into overtime in a gold medal game, it’s about as exciting an end as you can get. It was fun to have the chance to play against these two teams again.

Kuemper said having so many people saying Canada was done in the tournament helped motivate the team.

“Everyone wanted to prove that we are still Team Canada. We wanted to go there and represent the country as best we could. A lot of people didn’t think we could do it, but we just believed in ourselves and got it done. “

The gold medal game against Finland had its fair share of drama. A goal called, a controversial penalty call, but in the end, Canada managed to win in an exciting way when Nick Paul found the back of the net in overtime.

“I waited a bit to see the reaction of the bench. I looked around thinking “were we okay?” Was there interference from the goalkeeper? What just happened? ‘ The bench cleared and everyone was going crazy and it was clear we had won, ”said Kuemper.

Kuemper said the gold was high on his list of hockey accomplishments. Wearing the Team Canada jersey while winning a gold medal is something he will not soon forget.

“It’s pretty special to win a gold medal for Team Canada. It is something that you dream of growing up when playing on the street or in the backyard.