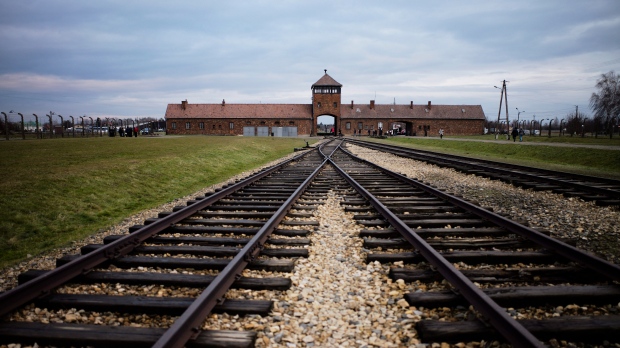 A local resident spotted 12 human skulls and numerous bones protruding from the banks of the Sola River which runs through the town of Oswiecim in southern Poland.

Nazi forces occupying Poland operated the Auschwitz camp there during the war.

After the Nazi defeat, the Polish and Soviet Communist authorities detained German prisoners of war – as well as political prisoners – there and in the surrounding area. They were subjected to brutal treatment.

In 1946, those who died were buried in sites through which the Sola now flows, according to the Polish State Institute of National Remembrance.

There were similar finds of human bones in the same area last year, which sparked an investigation by the institute, which is looking into Nazi and Communist crimes.

Based on archives, examinations and testimonies, the institute’s experts concluded that the remains found last year and this year were post-war detainees, most likely German prisoners of war, the institute announced on Wednesday evening.

He said that the German-Polish Remembrance Foundation took care of the burial of the remains.