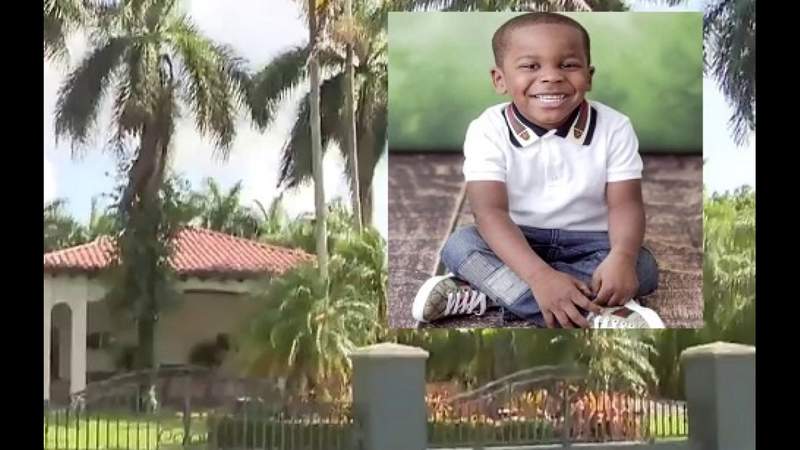 NORTHEAST MIAMI-DADE, Florida. – Elijah LaFrance’s family arrived in front of a rented Airbnb on the occasion of what would have been her fourth birthday with flowers, balloons and deep grief.

LaFrance was killed and a 21-year-old woman was injured after the boy’s birthday party on Saturday night in the Golden Glades neighborhood of Miami-Dade.

The family are determined to seek justice for Elijah who died in a hail of bullets intended for someone else while the toddler stood in the doorway.

They also revealed a chilling theory: that one person inside the party was involved and knew the shooters were coming – that the shooters knew they had rented the house for the party and arrived. after the party security guards leave.

“Why did they wait until security was gone? Elie’s uncle, Adrien Annestor asked. “Someone has information they don’t want to give us.”

The number of bullets from at least two guns sickened even seasoned Miami-Dade homicide detectives, who called the community for any information or observation.

“They were cowards to kill a 3-year-old,” said Kevin Thelwell, a Miami-Dade Police Department homicide detective, who said there were more than 60 cartridge cases found at the scene.

As the family hosted a tribute in front of the rented Airbnb on Elijah’s 4th birthday on Wednesday, Annestor pointed to a surveillance camera in the front of the house. What was on this home camera? The owner of the rental home did not return the calls.

Local 10 News learned that the owner was operating an illegal Airbnb rental and was cited for it, which may be why she did not return the calls.

Questions also remain as to who the shooters were targeting on Saturday night.

There is at least a reward of $ 25,000 for the information that leads to the murderer of Elijah LaFrance.