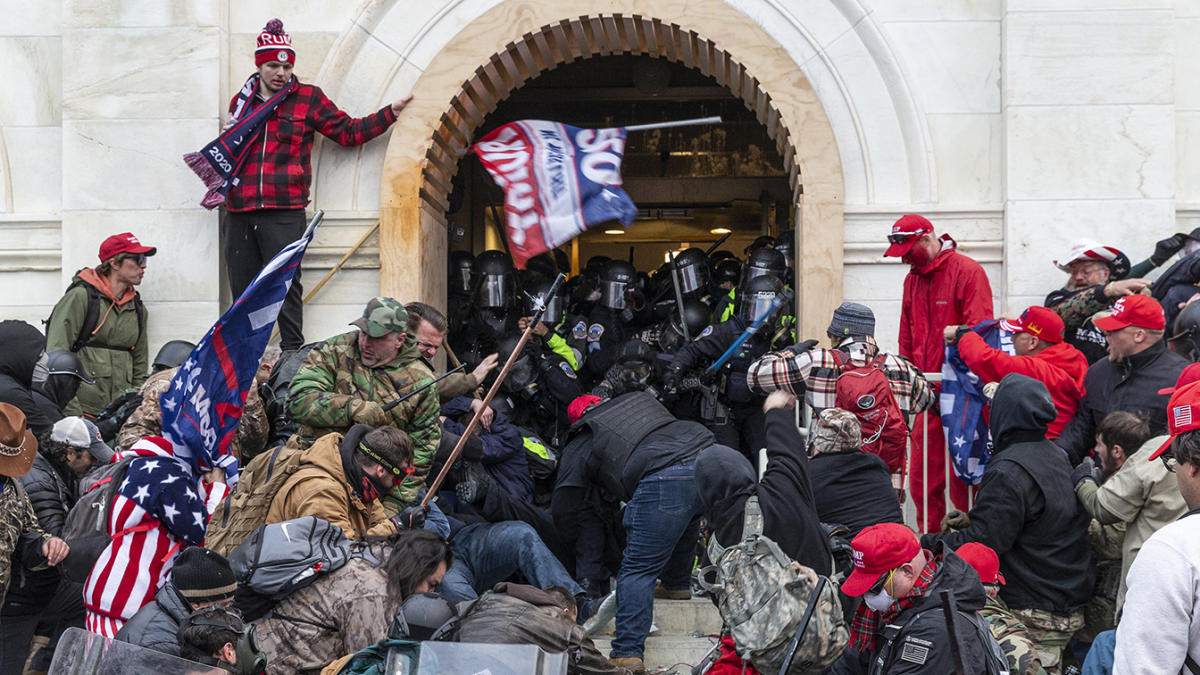 Federal authorities on Wednesday arrested an Ohio pastor for his alleged role in the Jan. 6, 2021, uprising.

Bill Dunfee was arrested for felony interference with a law enforcement officer during a civil disorder and obstruction of official process, in addition to five misdemeanors. Dunfee is the pastor of New Beginnings Ministries Warsaw and has used the pulpit to voice the baseless belief that Joe Biden stole the 2020 election.

The FBI said it began its Dunfee investigation in February 2021, the month after then-President Donald Trump’s supporters stormed the US Capitol in an attempt to stop the official tally of electoral votes showing Biden had won. The bureau added that Dunfee confirmed his presence with the FBI in a phone call in March 2021, and he received additional guidance that summer about his role.

According to the criminal complaint, Dunfee spoke about the election during a sermon on Dec. 27, 2020, saying, “Government, tyrants, socialists, Marxists, progressives, RINOs, they fear you. And they should. Our problem is that we haven’t given them reason to fear us.

Dunfee added: “As I said earlier in another previous sermon, it’s this: they used to tell us, you know what, you settle your differences on the ballot. How did it go for us? It is not finished.”

The Justice Department alleges Dunfee illegally entered the Capitol grounds with a megaphone he used to say, “We’re taking our house.” As some of the insurgents dispersed on the afternoon of January 6, Dunfee told them, “Mission accomplished” and replied “Hallelujah” to another rioter who said, “We did it, we got them. all closed. We have done our job.

Dunfee opened up about his experience during a May 2021 sermon, saying, “We’re showing up January 6 at the Capitol, right? To let it be known that we are not going to back down and let an election be stolen. That we’re going to hold our legislators to account, and so on? And what has it brought us? Eh? What are we all famous for? Eh? A bunch of terrorists, right? »

“I can tell you, having been there [at the Capitol], that uh, we were surrounded by patriots,” Dunfee added. “Many, many, many, many patriots. And I thank God that they showed up just to let it be known, that you know, what the end result is, that you’re not stealing this election. You are not going to rob us, deprive us of a democracy, of a republic, without our being heard.

Dunfee was scheduled to make his first appearance in Ohio Southern District Court on Wednesday.

Nearly 900 people were arrested for their role in the January 6 events. The House committee investigating Jan. 6 planned to hold an additional hearing last week, but postponed it due to Hurricane Ian. Members of the far-right Oath Keepers militia are currently on trial on a number of charges, including seditious conspiracy.

This Louisiana treehouse is the ultimate quiet getaway