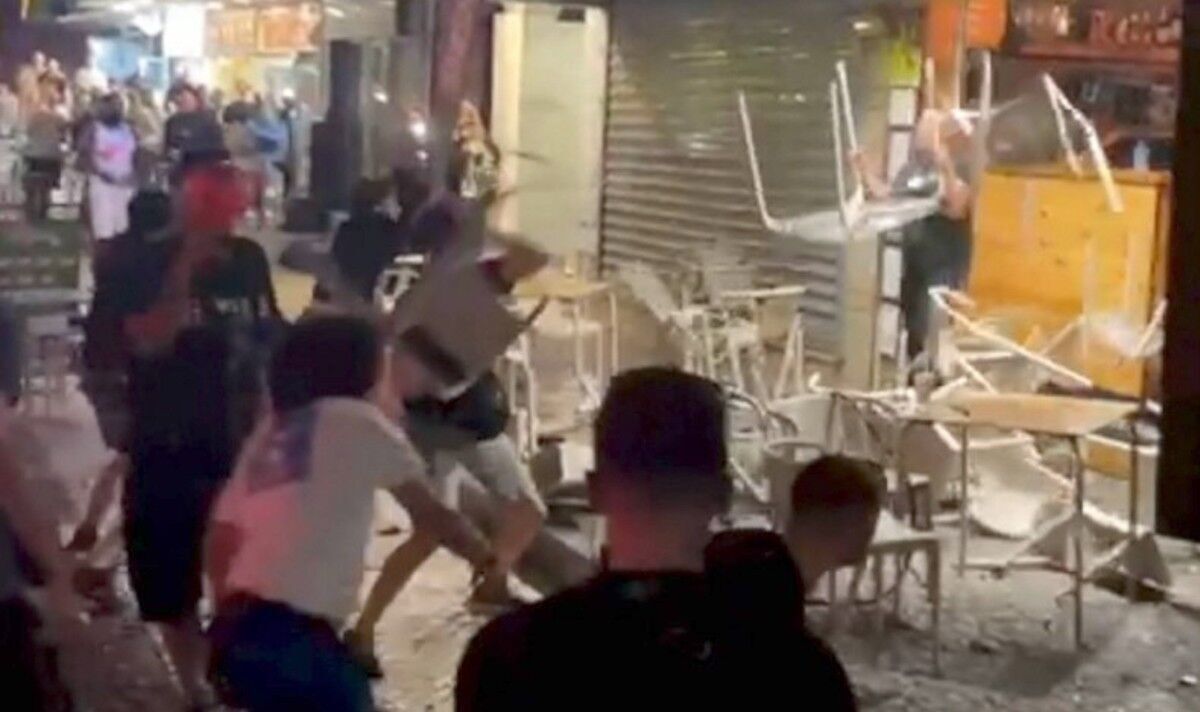 According to local media, the youngsters had a fight with another group in town, but turned on bar staff and security when they tried to intervene. Around 20 men are believed to have been involved in last week’s attack.

The violent attack saw chairs thrown at bar staff, who can be seen blocking furniture with their own chairs.

The bar is known as Aloha Bar and is near the main street in Portimao in the Algarve region of Portugal.

The group began throwing chairs at the glass doors of the bar during the attack around 1am on June 20. They then targeted a member of staff as he held his own chair to block the projectiles.

Portuguese Civil Police in Portimao (PSP) claimed to have identified seven of the approximately 20 youths after tracking them down at a local hotel.

Portimao council has also confirmed to local news site Portugal Resident that it wants to install 32 CCTV cameras in the area to help reduce violent crime.

It also says it will install a permanent PSP station in the area to prevent similar attacks.

The town, which was once a small fishing area, has boomed since locals began to embrace the tourism industry in the 1980s.

Now a popular seaside resort for luxury hotels, the center of the tourist area is full of bars and restaurants and has been the scene of multiple brawls.

However, now that the tourism industry is recovering, it remains to be seen whether countries will blame the British for any rise in crime in their cities, especially after incidents like these.

The Balearic Islands government, responsible for popular destinations like Mallorca, Menorca and Ibiza, has put in place laws that limit the amount of all-inclusive drinks resorts can serve to their guests.

Holiday operator Thomas Cook said: ‘Please note that a decree has been issued by the Balearic government on a new restriction for all-inclusive meal options.’

“There is a maximum of six alcoholic beverages per person per day that may be served and these beverages will only be provided during lunch and dinner (three each).”

Another Stock of Pump and Dump Memes Ends in the Dumpster of Reality: Bed Bath & Beyond Returns to Hell