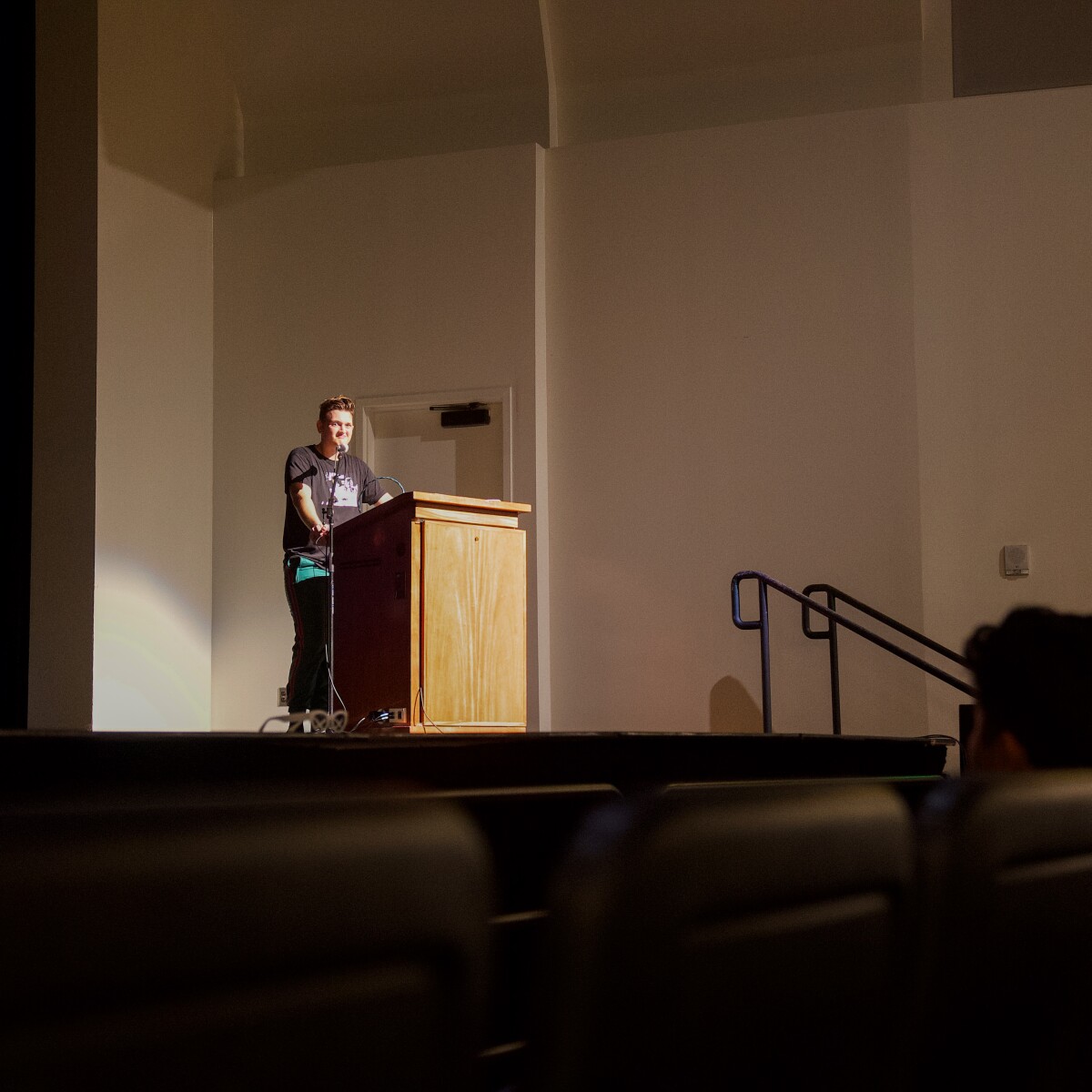 Film made by students “Meta Hawaii”

During a Q&A after the premiere of “Meta: Hawaii,” Jonas Weitzel, director and BYU-Hawaii student, shared that his project was inspired by the relationship with digital devices. “The idea…that you’re so involved in your social presence…everything you do…is kind of your own world, a virtual world.”

As of July 15, 2022, the short film has already been selected for six different international film festivals, according to its official Instagram page. It was selected in the Best Student Shorts Finalist category at the Brazil New Visions Film Fest and will screen in Los Angeles this year at the Independent Shorts Awards as a finalist, the page says.

Weitzel, a sophomore communications student from Germany, hosted a premiere at McKay Auditorium for his short film, “Meta: Hawaii,” on May 14, 2022. The cast and actresses of the film, including the Senior Cultural Ambassador of the Polynesian Cultural Center Kap Te’o-Tafiti, as well as friends, students and families of the performers, attended the premiere.

Inspired by a journey of uncertainty

The short film delves into the questions: “Would you spend all day in a virtual paradise?” What adventures would you go on? What kind of person would you be? Would you even like to come back to reality? according to Weitzel’s official website, jonasweitzel.com.

Weitzel said he developed the story from his trip to Hawaii and his relationship at the time with his iPhone. Due to the unexpected COVID-19 pandemic, his plan to move to Hawaii right after marrying Freedom Weitzel was discouraged, he explained.

Having cross-border travel restrictions, he said he and his wife moved between five and six Airbnbs and hotels before finally arriving in Hawaii. He described his experience as follows: “I felt like I didn’t have my home in some sense.”

He explained how during his travels in the United States, he found his iPhone as an object that gave him a sense of security, a safe place that he knew very well, like a “back pocket”.

“The [smart phone] is no longer just a device, but it really has [become] our identity,” Weitzel said. He explained that he thought about the idea of ​​someone diving into this digital world and being distracted from the things that matter most in his film “Meta: Hawaii.”

After going through all the challenges and arriving here in Hawaii from Europe, he said, “I’ve never seen anything like it. It’s so beautiful here. I love it… It really was like a dream.

He explained that the film’s scenes, footage, sights and sounds are all inspired by the real beauty of Hawaiian nature. “I just want to mention that it’s meant to be uplifting, beautiful, and uplifting for everyone.”

Britni Hull, a junior biology student majoring in marine biology from California, said she was involved in the filming. “I think for me the message was to really be able to find yourself and find the things you love and get away from all the crazy things in the world. And that’s where you find peace and where you find yourself and where you’re able to live life to the fullest,” Hull said.

Austyn Eugenio, an aspiring actor from Hawaii working at Kualoa Ranch who was also in the film, said he saw Weitzel take clips all around the island and put them in a film as if trying to solve a puzzle.

“With one piece… you have exactly that. But then, if you put it all together with the audio and a great edit, you have a good 20 minutes. So to see my friend being able to accomplish that…it’s pretty cool. Pretty proud of him,” Eugenio said.

During the Q&A session, Weitzel announced that he plans to take part in 100 global short film festivals and asked the public to follow “Meta: Hawaii” channels on social media for help. . •