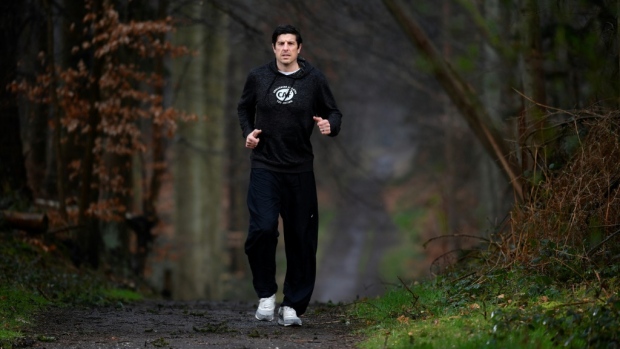 Five years later, a survivor of the Brussels attack is rebuilding his life

TERVUREN, BELGIUM – Four months in hospital, 13 operations, one leg dead but still alive: For Sébastien Bellin, seriously injured in the 2016 jihadist attacks in Brussels, “reconstruction” is still a test.

“I will be disabled for life, it’s not easy but I accepted it. It’s a gift to have a second chance,” said the 42-year-old Belgian, former professional basketball player, at his home in Tervuren. , near Brussels.

The suicide attacks, which Belgium will commemorate on Monday, left 32 dead and more than 340 injured on March 22, 2016 at the national airport and in a metro station near the headquarters of the European Union.

Perpetrated by the Franco-Belgian jihadist cell which had already struck in Paris last November, killing 130 people, the attacks in Brussels were claimed by the Islamic State group.

That morning, Bellin, who had turned to technical design after his athletic career, was scheduled to fly to New York to meet with American investors who had just bought his company.

They were eager to meet him, he told AFP, and he brought his trip forward by 24 hours, from Wednesday to that fateful Tuesday.

At Zaventem airport, in the crowded check-in hall, the first suicide bomber detonated his explosive charge at 7:58 a.m., then a second exploded about ten seconds later.

Sixteen people were killed at the airport and sixteen others died shortly after in the Maelbeek metro station in the European district of central Brussels.

‘RING ON HIS FINGERS’

Bellin found himself on the ground, his legs bleeding, amid the debris and dust.

He kept in mind the image of a dead woman next to him.

“I can still see the rings on her fingers, and very clearly her face, the blanket she was covered with,” he said.

From that moment, the former captain of the Belgian national basketball team (2003-2008) realized how lucky he was to still be alive.

Surprisingly, he said, he felt “a sort of tranquility within minutes of the second explosion.”

“Of course my two daughters came to mind – I didn’t want my life to end,” he said, but “I stayed calm, instead of panicking and losing energy. that I needed to survive. ”

He waited an hour and a half before being taken by ambulance, and doesn’t like to dwell on his suffering as those minutes go by.

In the meantime, he managed to pull his 2.05-meter (six-foot, seven-inch) frame onto a cart, carrying the dead weight with his still legs. He was compressing the bleeding as much as possible with makeshift tourniquets.

Today, his right femur and left tibia are replaced by metal pins. He no longer feels his left leg and, in order to move, has to compensate with his right leg, whose muscles are suffering.

Five years later, Bellin’s life is still punctuated by physiotherapy sessions and legal uncertainty over the medical expenses incurred for part of the treatment.

“The state could have made a much bigger effort, but after five years we still don’t have a tangible solution,” he said.

If the attackers died in the explosions, a dozen of their suspected accomplices will be tried, possibly by the end of 2022.

More than 700 civil plaintiffs have already been identified for the case, and many complain about the administrative ping-pong between the Belgian state and private insurers to obtain damages.

For now Bellin, professional athlete for fifteen years, spends a lot of time “running to rebuild his life”.

In the forest of Tervuren, he trains intensely to prepare for the next challenge on his agenda: to participate in this year’s edition of the “IronMan” triathlon in Hawaii, one of the most famous in the world, scheduled for October.

“Being disabled is not an end in itself – a handicap can be improved, just like in golf!” he joked. “The handicap won’t beat me. I’m going to win.”