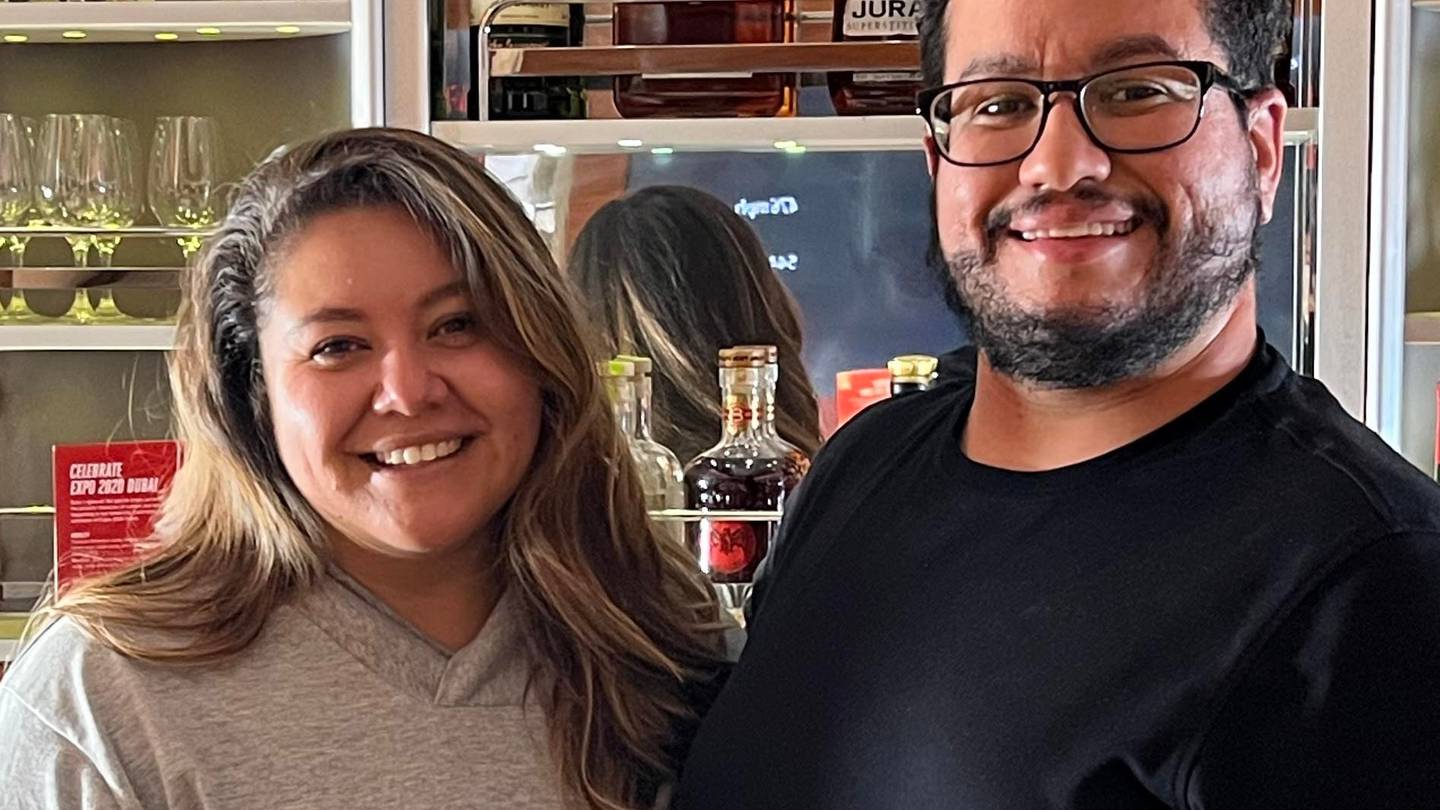 Two savvy football fans who have saved thousands of air miles to pay for flights and hotels are counting down the days until they make the trip of a lifetime to follow Mexico to the Qatar World Cup.

Danny and Laurie Navvaro, who live in Washington DC, will move to the United Arab Emirates for two weeks and travel to Doha to watch the Canada v Morocco match on December 1 at Thumama Stadium, 12 kilometers from the city.

While there, the couple hope to attend a game against Mexico if they can get tickets.

They are among tens of thousands of fans planning a football pilgrimage to the region, many for the first time, to be part of the biggest sporting event held in the Middle East.

However, attending the tournament can be expensive, with record demand for tickets, flights and limited accommodation.

Thanks to months of planning, the trip will cost Colombian fan Danny and his Mexican wife Laurie almost nothing thanks to air miles accumulated over the past 12 months.

“We put all our wedding expenses on our credit cards and all other day-to-day expenses, and did the right thing by paying off the balance each month,” said Tottenham Hotspur fan Mr Navvaro.

“We did some research, and it was clear from the start that with the number of people wanting to travel, it could be a problem finding accommodation in Doha, so we decided to stay in the UAE.

“There are a lot of hotels so it’s convenient and there are ways to use air miles to travel from Dubai or Abu Dhabi to Doha without breaking the bank.

“Flight prices have been pretty crazy. It will be our first World Cup so we are very excited.

The couple have visited Dubai before, when they stopped on their way to Bali for their honeymoon in 2019.

It was after this trip that they realized they could use travel credit cards to fund future vacations via airline miles.

Laurie and Danny Navvaro, who live in Washington DC, will move to the United Arab Emirates for two weeks and travel to Doha using the Emirates Skywards miles they have saved. All photos: Danny Navvaro

Mexico kick off their World Cup campaign against Poland on November 22, followed by matches against Argentina four days later and Saudi Arabia on November 30.

“We are trying to get tickets to a match in Mexico and take advantage of the one-time match day visit, which grants a 24-hour visa,” Navvaro said.

“It will allow us to travel to Doha for the game and return to the United Arab Emirates that day.

“We have hotel points and miles that will allow us to stay in the UAE.

“Logistically, a lot of people were pushed back to Qatar, but they didn’t give much thought to flying elsewhere in the region, like the UAE, Saudi Arabia, Oman or Bahrain.”

The couple plan to fly from Abu Dhabi to Doha with Etihad.

The miles were accrued over a year of daily spending, with a monthly budget of $6,000 to $7,000 to pay bills, groceries and other expenses on the couple’s American Express Gold and Capital One Venture X credit cards.

They also collected referral bonuses from banks offering incentives of up to 30,000 miles for introducing new customers.

Hotel rooms are reserved at the Four Point Sheraton in Dubai and the Aloft Palm Jumeirah and Ritz Carlton in Abu Dhabi, using a combination of cash and points.

“It was about finding the right credit cards that matched our spending with rewards,” Navvaro said.

“Some hotels in Qatar seem far from Doha, and more like Airbnb than a luxury hotel you’ll find in the UAE.

From November 20, more than 160 daily shuttles will transport fans to Doha from across the region for day trips to watch the matches.

Huge demand for tickets has been registered in Saudi Arabia, although some have reported problems with requesting tickets through Fifa, as opposed to the usual practice of buying directly at the stadium.

Saudia will operate at least 30 daily return flights from Riyadh and Jeddah, with other additional flights operated by flydubai, Kuwait Airways and Oman Air.

Qatar Tourism recently announced that it will prioritize hotel rooms during the four-week tournament for match ticket holders.

A total of 130,000 rooms have been pledged by Qatar’s Supreme Committee for Delivery and Legacy.

Of these, 48,000 will be hotel rooms, 60,000 apartments and villas through Airbnb or similar providers and around 4,000 additional rooms on two cruise ships docked at Doha’s Grand Terminal. There are also temporary fan villages on the outskirts of Qatar.

Residents can also accommodate up to 10 visitors during the tournament, once hosts and guests are registered on Qatar’s Hayya digital platform.

Wael Jabir, a Saudi football writer, will be covering the World Cup for Fifa and has spoken with European friends who are planning to visit Qatar.

“Most of those I’ve spoken to who already have tickets are planning to stay with friends in Qatar,” he said.

“They are from Holland and Germany and have friends they can sleep with, others are looking to stay in the UAE.

“The shuttle flights from the UAE to Doha will help more people stay in the UAE and travel to Qatar for the day to watch a game.”

Inside the Airbnb that looks like the sitcom ‘Friends’ | State