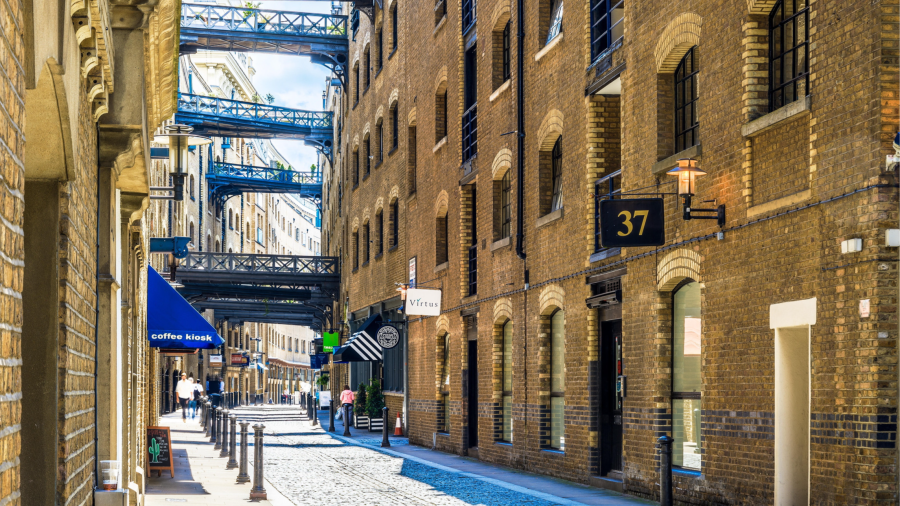 My name is Mari, I’m 30 and I have a confession to make: for a few minutes last month I really thought I could afford a one bedroom apartment in Bermondsey, South -east London. On the visit, I felt like Carrie Bradshaw about to buy a penthouse in New York: admiring the bright open-plan living room, running my fingers over the marble kitchen counter, stepping out onto the admittedly tiny balcony.

And just like that, I realized that the price was actually referring to a 25% stake in the property, through a joint ownership plan. In my defense, it was really not clear in the announcement. Turns out the only premises in Bermondsey that are within my budget are garages.

For years London has been the least affordable part of the UK to buy property and in the last 12 months has been at the center of a supply crisis with some homes going down 10-15% above their asking price. So far, rising interest rates have offered no respite, as the long-promised decline in house prices has yet to materialize.

For a late millennial like me, the inability to buy a first home comes with the territory. According to data analytics firm Outra, people under 40 are buying fewer homes than they have ever done, and those buying are mostly outside the capital. Parody Twitter user Brooks Otterlake put it quite succinctly: “Perhaps if millennials spent less on brunch and more on particle physics research, they could travel to 1974 and afford a home.”

For those of us who weren’t born in the UK, this poses an intriguing question: will London really be my long-term home or should I buy a place in my native country?

“It’s so difficult,” says Andrea, 32, from Spain, who has struggled with the same dilemma for nearly three years and has yet to make up her mind. It’s a widespread problem: foreign-born Londoners like her make up 37% of the city’s population, according to the University of Oxford’s Migration Observatory.

Laura, a 29-year-old French teacher, bought a studio in Haggerston for £250,000 because she wanted to get her foot on the British property ladder. “London is my city, long term,” she says. But Alberto, a 30-year-old Italian working in tech, opted for a place in Milan instead: “I moved to London to get some good work experience,” he tells me, “but eventually I want to relocate in Italy. In addition, London prices are completely inaccessible.

If I wanted to buy in London, of course I could buy somewhere further than Thameside Bermondsey. But I moved here for the London experience. As an English friend put it: “You didn’t move to London from Tuscany to live in Ilford.”

Some have decided to completely abandon the idea of ​​buying their adoptive capital. “We could only have afforded houses in Barking or Plaistow [in zones 4 and 3]says Claudia, 42, an Italian researcher in cognitive psychology at London South Bank University, who has lived in the UK for six years. She tells me that she decided to buy in Italy instead.

Claudia plans to rent her new apartment while continuing to live in London. Maybe I should do the same.

But the most lucrative way to rent a property is to tourists through a short-term rental platform. This made Claudia uncomfortable. She bought in her hometown of Trieste, but cites ethical concerns about vacation rentals: “I don’t want to contribute to the destruction of my city by listing my home on Airbnb,” she says.

I understand his reservations, having grown up on the edge of an expensive tourist mecca that has been charging locals for decades. However, the increase in income is significant. When I spoke to Lorenzo Marchi, an estate agent from Timavo covering my home region of Versilia, he told me that a modest two-bedroom apartment would fetch at least €15,000 per summer season if rented through Airbnb . The same property, rented for the year to a local family, would bring in €8,400 a year.

But there are also tax implications. In four years I would have to relinquish my non-domiciled ‘non-dom’ status, which prevents me from having to pay tax to HMRC on any worldwide income. After that, margins seem even slimmer, unless rental income is substantial.

“[Buying in your country of origin only makes sense] if you can get such a deal on the rent you get overseas that even after tax, that’s better than anything you could get here,” says Angus Johnston, UK and EMEA property manager at PwC. “If rents are about the same it makes no sense to buy overseas as HMRC will tax any excess income if the load in the home country is less than it would be in the UK -United.”

So according to my calculations, I only make zero good options. Although I don’t plan to move to Tuscany in the foreseeable future, the sky-high housing costs make it harder for me to consider buying my permanent home in London – unless of course the FT starts paying its contributors as generously as Carrie Bradshaw had to be paid.