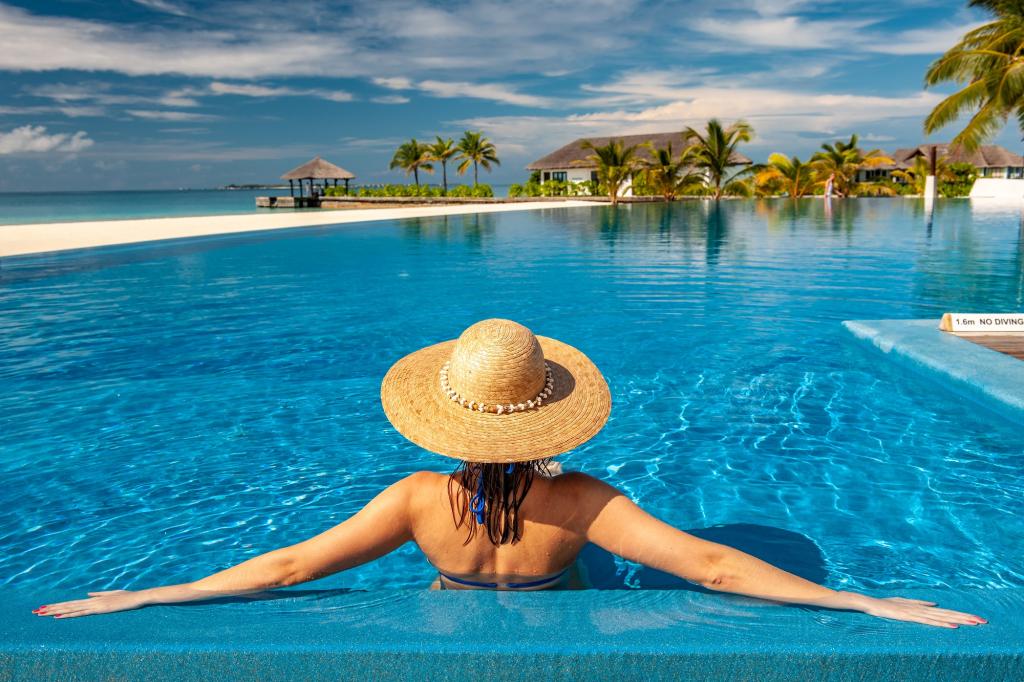 Forget the millionaires, the Maldives is now open to the middle class

The Maldives is 99% water, and until now only the 1% enjoyed this exotic archipelago seemingly riddled with more five-star resorts than people.

Even Instagram models have found themselves shunned by $3,000-a-night properties taking advantage of a law restricting tourism to uninhabited islands. Until 2009, it was illegal for locals to rent rooms and open bed and breakfasts or restaurants.

Travelers who did not identify as wealthy (or royal) were SOL. Today, however, the 1,200 Island nation is primarily inclusive, with more than 1,000 guesthouses and Airbnbs.

For starters, it doesn’t matter if other countries close their borders. He is rolling out the red carpet to anyone with a pulse and a negative PCR test.

Despite being 9,000 miles away and in the midst of a pandemic, the United States has become one of the Maldives’ top five markets. More than 25,000 Americans visited between January and July. That’s almost half the number of visitors in 2019.

Why the influx? Marketing. By email, Visit the Maldives say they know their destination is synonymous with luxury. But they work hard to dispel the myth that they only cater to travelers who shop at Whole Foods with Amex Centurion cards.

If Mastercard is more the name of your game, Visit Maldives recommends Maafushi, Fulidhoo and Guraidhoo. For the Trader Joe’s traveler, staying on an island accessible by public ferry (fares start at 50 cents) is a no-brainer. At the very least, don’t opt ​​for an atoll far from Malé International Airport. Male – the country’s capital – is where the island hopping and financial flexing begins.

Superyacht agencies rent out 250-foot-long floating mansions for $1.5 million a week. Seaplane and speedboat transfers cost between $10 and $20/minute, per person. A 45-minute trip to a seaside resort can easily cost more than a transatlantic plane ticket.

According to Kayak, October is the cheapest month to go to the Maldives. Eithad Airways currently offers flights from New York starting at $665 return. A ticket to Hawaii is almost as much. True, there are no non-stop flights to the middle of the Indian Ocean, and you lose a day or two traveling. For this reason, Visit Maldives suggests staying at least a week.

When it comes to budget, seven to 10 days shouldn’t be a deal breaker. In October, a week for two in a sea view room in a 3-star hotel starts at a stunning price of $387. Upgrade to a private bungalow for just $585; $900 gets you a semi-detached villa with lagoon views.

Even if your motto is five stars or bust, you don’t need to go broke. Of course, a stay at The Ritz-Carlton Maldives, which opened in June, will cost you at least $4,500 per night. But Sun Siyam Iru Fushi, a five-star, locally owned resort, has rates starting at just $1,913. This price is for one week, for two people. (The new property of Sun Siyam Resort, Siyam World, will open at the end of October; its 500 rooms instantly earn it the bragging rights of being the largest resort in the Maldives.)

Of course, for us plebeians, there is always Airbnb where the apartments from $28/night.

Just remember the official religion of the island: Islam. Consumption of alcohol and/or pork could get you kicked off the sidewalk. Likewise, if your teeny tiny bikini wants to see the light of day, better stay at a resort on a private island. They play by their own rules.