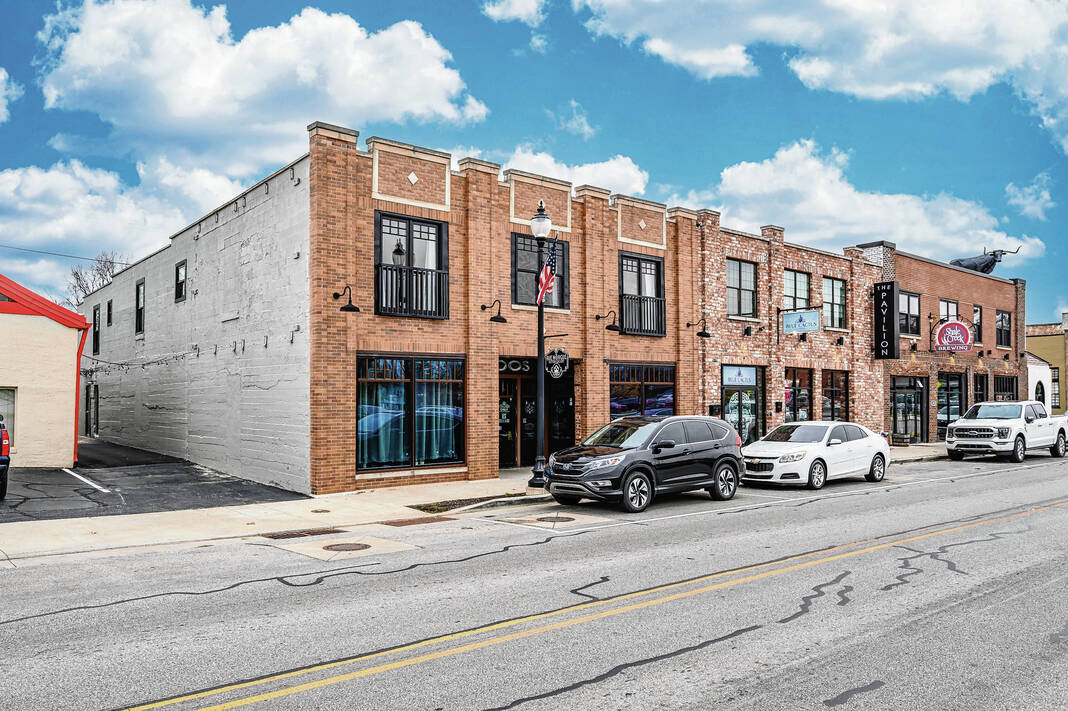 Ever dreamed of spending a night or two in the heart of historic downtown Franklin or Old Town Greenwood? A growing number of short-term rentals popping up in the county make this possible.

Short-term rentals, made popular by sites such as Airbnb or Vrbo, have spread outside of major cities and popular vacation destinations to more small towns in recent years.

So far, Johnson County has embraced the growing number of short-term rentals. These “homes away from home” are tourism growth factors and help promote the county, said Ken Kosky, executive director of Festival Country Indiana, the county’s tourism commission.

He noted that more have popped up in the county, particularly in Franklin and Greenwood, over the past year.

“Our revenue that we receive from Airbnbs has increased every year,” Kosky said. “It’s a factor to have more of them, but also to be more successful.”

Overall, people are drawn to them, looking for that “one-of-a-kind experience,” Kosky said. Short-term rentals in the county are most densely populated in historic downtown areas, with more than an estimated dozen in downtown Franklin and about the same amount in downtown Greenwood. A few homes are also listed on Airbnb and Vrbo in Whiteland and Prince’s Lakes.

These areas are popular among tourists with local restaurants and bars, as well as festivals in Franklin and attractions like the Historic Artcraft Theater. Most short-term rentals also promote these businesses in their location descriptions.

“Tourists are especially looking for that unique experience — something they can’t find in their own backyard,” Kosky said. “They are more likely to gravitate towards a city center, and if you have accommodation downtown, that just adds to that experience.”

Kosky does not consider short-term rentals a nuisance in Franklin or other areas of the county. Most rentals can be expensive and the area is generally family-friendly.

“I don’t know of any downsides. From our perspective, we use the revenue we get from hotels and Airbnbs to improve our communities by adding new attractions,” Kosky said.

“A stone’s throw” from downtown Franklin

Shannon Hicks and her mother have owned the building since 2015. They rent the first floor at Rue Morgue Tattoo, and above are their new short-term rentals.

Hicks operated a consignment shop with her mother for a few years outside the building and rented two apartments upstairs. But when construction began on Jefferson Street in late 2016, business slowed and it eventually closed.

In 2019, Hicks decided on a whim to go into short-term rentals and renovate the upstairs apartments. She thought the addition of housing would fit with the revitalization of downtown Franklin.

“There are so many opportunities in Franklin, you know, and they announced the amphitheater was coming and they started announcing a bunch of other things for the city…we thought, that would be great if someone could just stay?” said Hicks.

The renovations took more than two years because almost everything upstairs was redone, from the layout to the floors and windows, including the bathrooms and the kitchen cabinets and counters. Plumbing and electrical lines were also replaced. They received a $30,000 grant from the Franklin Development Corporation in 2021 to renovate the exterior, including the two new balcony windows.

The building is historic, built in the 1920s, and it served several purposes in the city. It first served as a coach shed. Over the years, the building has also housed the bus station, a Chinese restaurant, a tavern, the Indiana Water Company and a printing press.

Titled “198 on Jeff”, the property has two lofts that can be rented separately or together. The themes for both apartments, one called “Just a Stones Throw” and “Jammin’ on Jeff”, center around music. Posters of different bands and artists, including Dolly Parton and Elvis Presley, hang on the walls. “Jammin’ on Jeff” has a wall decorated with records and a record player.

A highlight are the balcony windows, which can be opened to see and hear downtown Franklin. Both balconies overlook the amphitheater, so guests can hear summer concerts from inside the lofts.

198 on Jeff opened in mid-November, and it’s done well so far. With the holidays, bookings come mostly from people with family members nearby. Hicks expects business to pick up in the spring and summer, with summer concerts and wedding season.

Hicks works in real estate and venturing into the hospitality world is new to her, she said. She enjoys interacting with customers and sharing with them her favorite places in Franklin, such as the best restaurants or places to visit.

“We love Franklin. I grew up here and my mother grew up here. My whole family is here,” Hicks said. “So it’s just nice to think that people can come and, you know, check out all the cool stuff that we have going on.”

Overall, she thinks short-term rentals are good for the community and help local businesses. With her background in real estate, she also doesn’t see the increasing amount of these types of accommodations affecting the housing market or the availability of homes.

There are only a dozen short-term rentals in the Franklin area, which is a small percentage of available accommodations.

“I don’t think there’s that much saturation that we’re losing on actual homes now, but I will say the real estate market in general has been a struggle for buyers and that’s because of the supply issue” , Hicks said.

Nestled in Old Town Greenwood is a small stone house at 227 Noble St.

Hannah and TJ Knowland bought the house in October, with plans to turn it into an Airbnb.

Hannah Knowland is a real estate agent and she regularly works with investors who buy and manage Airbnbs, but she’s never managed one herself. She and her husband, TJ Knowland, saw an opportunity to invest in and manage theirs.

“Some of my closest investors also said to me, ‘Hannah, you can do this. You do it for us all the time. So we took the leap,” Hannah Knowland said.

The Noble Street house was a perfect location for them as it is located in downtown Greenwood, and not far from Indianapolis. It could also be divided into two units, to make a double income. They rent the ground floor, with two bedrooms, and the finished basement, which also includes a living room, a kitchenette and two bedrooms.

Their Airbnb’s home, which was built in the 1950s, wasn’t a huge fix, and many of the changes were cosmetic that they made themselves. They added wallpaper, new lights, and painted some walls a bright lime green color.

The biggest projects ended up being in the kitchen and the basement. The main floor kitchen was completely demolished and redone with new shelving, appliances and washers and dryers. New walls were erected in the basement, where the bathroom had no walls.

Rental funds also go to a good cause, close to the Knowlands heart – helping young adults with mental and spiritual health.

TJ Knowland works as a family pastor at Greenwood Community Church, and he and Hannah Knowland often interact with many young adults and teens. With this, they often see many young adults fresh out of high school struggling to adjust to life after school, whether mentally, spiritually, or physically.

Thus, part of the funds from their Airbnb will help finance young adults who need help with their mental, physical and spiritual health. It could be payment for a life coach or a membership to Crossfit, where TJ Knowland is also an instructor.

“It’s kind of frustrating having to spend money to be healthy,” Hannah Knowland said. “I don’t want that to be a contributing factor to people not being able to get help.”

Their Airbnb has been popular so far, having opened just before Christmas. They have already had two guests and have reservations in April. They have enjoyed managing the rental themselves, so far.

“I like the welcome and the hospitality. I love making people feel at home and helping out,” Hannah Knowland said.

The couple hope to eventually open another Airbnb in the future to continue supporting their cause.

“It’s our heart…I think Airbnb opens doors that we never thought we’d ever be able to open.”

Historic Homes You Can Own in the Tulsa Area