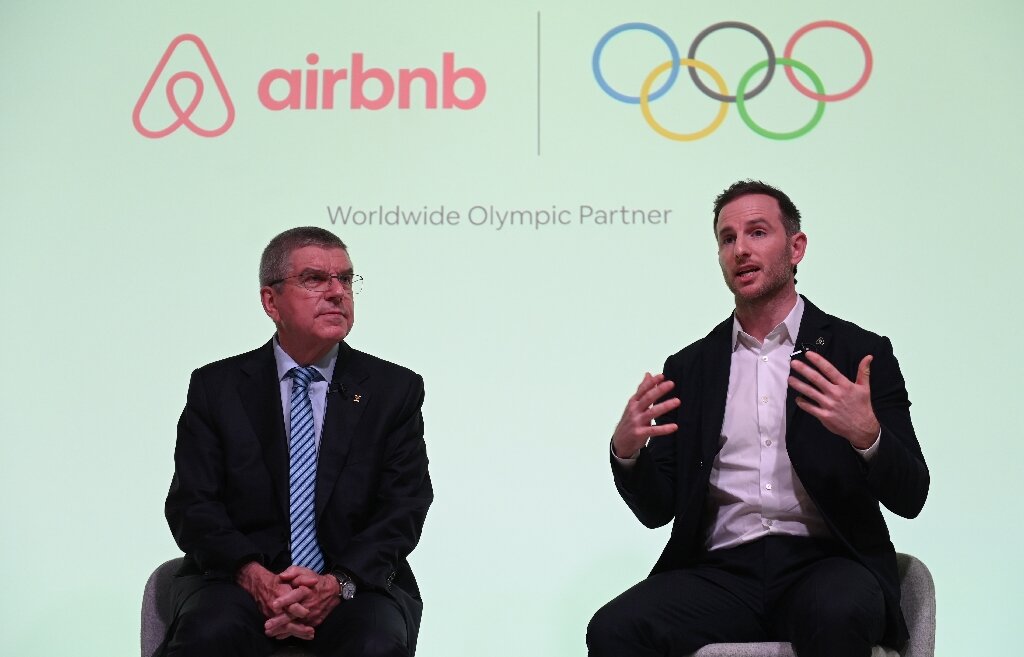 French hotel owners attacked Airbnb on Wednesday over its new partnership with the International Olympic Committee, warning they would stop working on planning for the Paris 2024 Summer Games to protest what they call a competitor unfair.

French hotels have long accused the home rental platform Airbnb of taking advantage of minimal surveillance to undermine their business and are pressing authorities for a crackdown on short-term tourist rentals.

“Airbnb is breaking the rules and must be disqualified,” said the GNI Association of Independent Hotels in a statement during an industry rally in the Atlantic coast resort of Biarritz.

The GNI said it would file a complaint with the IOC Ethics Commission, as well as the organizing committee for the 2024 Summer Games in Paris.

“The hotels will suspend their participation in the organization of the 2024 Games”, declared Laurent Duc, boss of the main hotel group UMIH, which organized the Biarritz conference.

“Already the platform (Airbnb) is opposed to the repercussion of the tourist tax with clearly identified addresses and owners, as required by law,” he told AFP.

In a statement, the UMIH and the alliance of hotel chains GCN described the Olympic partnership as “inappropriate”.

“It is outrageous to make this company, which encourages deregulation in countries around the world, a global partner of the IOC,” he said.

The mayor of Paris quickly expressed Wednesday its support for the hotel sector, qualifying their “cry of alarm … normal” in view of the general “destabilization” of the hotel sector caused by the platform.

Tony Estanguet, the president of the organizing committee for the Paris 2024 Olympic Games, stressed that the hotel industry had not been outdone.

“We have already worked with professionals (in the hotel industry),” he told AFP.

The UMIH sued Airbnb in June 2018 for “knowingly violating” the rules imposed as part of a crackdown on one of the US giant’s largest markets.

Paris alone has 65,000 listings on Airbnb, and there are thousands more in the neighboring suburbs that will host many venues for the 2024 Olympics.

“Where is the morality? “

Paris Mayor Anne Hidalgo has also pledged to strengthen oversight of Airbnb rentals after warning IOC President Thomas Bach of the “risks” of the partnership.

Hidalgo, who is due for re-election next May, has vowed to hold a vote on how colocation platforms should be regulated, at a time when many residents accuse Airbnb of driving up rents.

“Where is the moral? The president of the UMIH, Roland Heguy, told AFP. “We have worked from the start on this candidacy with the Paris 2024 organizing committee.”

Asked about opposition from hotels, Airbnb said in a statement Wednesday that “this historic agreement aims to enable host cities to host the Games in a more local, authentic and sustainable way.”

He noted that Airbnb had previously been a national partner for the 2016 Olympics in Rio de Janeiro and the 2018 Games in Pyeongchang, South Korea, and that “its values ​​are in line with those of the Olympic movement.”

His nine-year contract with the IOC, announced on Monday, places him in the league of Coca-Cola and Visa as a “Top” partner, the highest level of sponsorship.

IOC announces Airbnb as main partner of the Olympics, the host of the 2024 Games, Paris, criticizes its decision