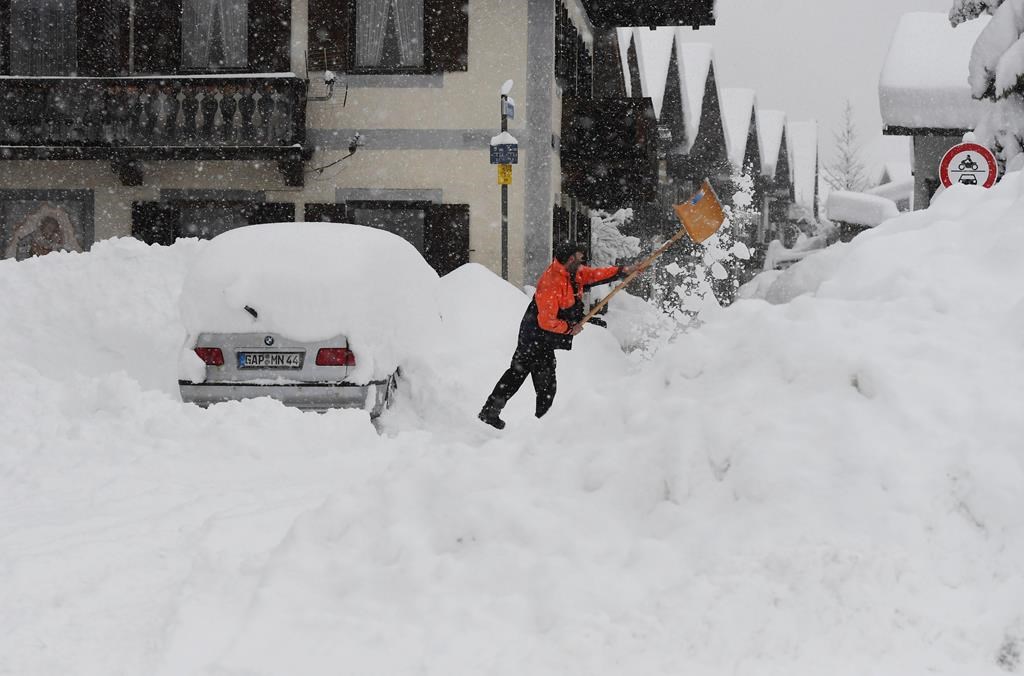 Frigid weather hits much of Europe

Extreme cold hit much of Europe, with freezing temperatures cracking rail tracks in Poland, snow blanketing the Turkish city of Istanbul and smog increasing as coal was burned to generate heat.

In Switzerland, a skier who was buried in an avalanche this weekend died in a hospital from his injuries, authorities said on Monday.

The country had issued avalanche warnings several days earlier after heavy snowfall in various areas. Officials said the skier and his two companions were entombed by an avalanche while skiing on marked trails in the Gstaad region on Sunday afternoon.

A man was able to extricate himself from the snow and then extricate one of the others, but the third man could only be found by rescue teams who later arrived at the scene. He was taken to hospital in critical condition and died shortly after, authorities said.

Temperatures fell to -28 C in parts of Poland overnight, the coldest night in 11 years. Many trains were delayed Monday after the tracks cracked at two Warsaw stations.

Along with the cold, there was a spike in smog in Warsaw and other parts of Poland, as the cold caused an increase in the burning of coal for heating. Air pollution levels were so high in Warsaw that city officials urged people to stay indoors.

Just across the southwestern border from Poland, the Czech Republic experienced the coldest night this year with temperatures dropping below -20 ° C in many places.

The lowest temperature of -27 ° C was recorded on Monday in Orlicke Zahori, a mountain village 160 kilometers east of Prague and near the Polish border, according to the Czech Hydrometeorological Institute.

The freezing weather is expected to ease and be replaced by heavy snowfall in the northeastern Czech Republic, the institute said.

Winter conditions and freezing temperatures have also been reported in the Balkans in recent days, which has created problems with the power supply in parts of Serbia and brought snow even to Croatian islands in the Adriatic Sea.

In eastern Albania, temperatures dropped to -13 ° C in Peshkopi, 110 kilometers east of the capital Tirana.

The deep freeze caused the water supply lines to freeze and created dangerous driving conditions. The icy roads in the town of Pogradec prevented firefighters from arriving on time during a home fire in which a man died on Monday morning.

The man’s brother, Nikolin Xhukellari, told the Balkanweb online portal that he managed to get his two children and his wife out of the building but his brother, who was on the second floor, failed could not escape.

In Istanbul, traffic was interrupted by a layer of snow covering the city, with cars stalling or skidding on the roads.

In Germany, fresh snow, slippery roads and fallen trees caused several car crashes on Sunday and overnight, the dpa news agency reported. A driver has died in southwestern Germany after his car hit a mound of snow.

The northern region also saw snow and below-freezing temperatures, with the coldest temperatures predictable on record in the Arctic. The Norwegian Meteorological Institute tweeted an ironic message on Monday, saying: “We encourage all knitting enthusiasts to send woolen clothes to their friends in the north.”

In Denmark, police said 17 people were found naked bathing in ice Sunday morning in a lake near Roskilde, 40 kilometers west of Copenhagen. All members of the group, aged 26 to 51, were previously charged with violating pandemic restrictions prohibiting public gatherings of more than five people. Police said they will all be fined, which is 2,500 crowns (US $ 405) for first-time offenders.

AP writers from all over Europe have contributed