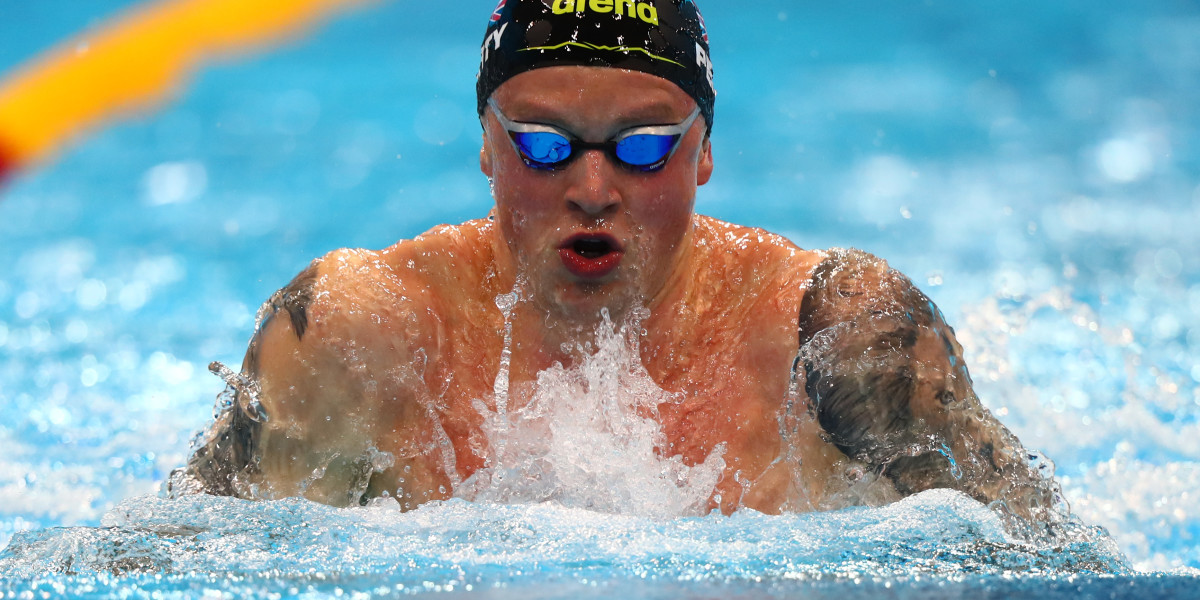 From peaty powers to European gold in Budapest

Adam Peaty’s compelling breaststroke form continued as he won his fourth straight gold in the European 100m on another successful night for the British swimmers in Budapest.

Peaty came home in 57.66s to step onto a podium containing two Britons after a fantastic second 50m from James Wilby which saw him take bronze in 58.58.

It was a 13th European gold medal for Peaty overall and one that the 26-year-old is thrilled with as he continues to prepare for Tokyo.

“It was good, it was a very tactical race,” he said.

“It’s always nice to have something to improve on. At the start of this week I was already doing tough sessions and then had some rest before I started.

13th LC European Championship tonight! In a great position knowing that there is so much more to come at the Olympics. Huge times for this part of the year 🚀 (I should probably shave my mustache because no one seems to be a fan) pic.twitter.com/ZkXnZ2ofuS

“It is a testament to the power of my shot, so come to the Olympics, it will hopefully be a good show.

Wilby, who is also bound for Tokyo, was just 0.12 seconds off his personal best to win his fourth European medal.

Peaty’s was the first of two British gold medals on the second night of competition, with the mixed 4x200m freestyle team claiming the win with a new UK and championship record of 7: 26.67.

Britain led from start to finish and after Tom Dean and James Guy got the quartet flying, Abbie Wood and Freya Anderson kept up their momentum to win their second gold in as many days after their success in the women’s 4x100m on Monday.

Anderson, a fit 20-year-old, who has now won six European medals, said: “It’s a good boost for confidence and a really good way to enter the competition, to go there with your team – having two gold medals is just a bonus!

Fireworks to close the session once again! 🎇@ tomdean00, @ Jimbob95goon, @abbielouisew and @freyaandersonn set a British 🆕 and Championship record to win gold in the 4x200m mixed freestyle! 🥇🎉⏱️🔥 pic.twitter.com/1FZ3ob2g3U

Guy added: “It’s a whole new team and a whole new event for the swimming world, but tonight the four of us swam really well.

“The main focus here is just to try and move things forward, because the main competition for us is obviously the Olympics, but it’s another gold for the team and four very good races.”

British records also fell in the women’s 100 breaststroke and 50 backstroke semi-finals, with Molly Renshaw (1: 06.21) and Kathleen Dawson (27.19) placing in style in their respective finals.

Renshaw described herself as “on the moon” and said: “I’m a little surprised to be honest!

“When it comes to the 100m, sometimes I try too hard and end up slowing down. This morning I took the [stroke] cut it down a few notches, try to keep it under control, then bring it home the best I could with my legs – it seems to have worked, so I’m really happy. “

Dawson, who will join Renshaw for gold on Wednesday night, added: “I couldn’t have asked for better than that.

“Swimming so well at this point in the season bodes well for the Olympics. The Olympics have been everything I’ve wanted since I was a kid, so being able to compete in the Olympics able to win a medal. , that’s more than I could have asked for.

“I’m looking forward to the final. I know people are going to be watching me, but it’s just preparation for the 100m for me, so I’m just going to go out and enjoy it.

“Everything I do in training is finally paying off for me.”

Elsewhere on Tuesday, Anna Hopkin – who was part of Monday’s successful 4x100m squad – finished sixth in the 50m freestyle final with a season best time of 24.51.

Dean warmed up for his relay success securing his place in the men’s 100m freestyle final while Sarah Vasey and Cassie Wild will join Renshaw and Dawson in the 100m breaststroke and 50m backstroke finals respectively.

Tuesday’s results ensure Britain will enter Day 3 at the top of the medal table with three gold, two silver and one bronze so far.