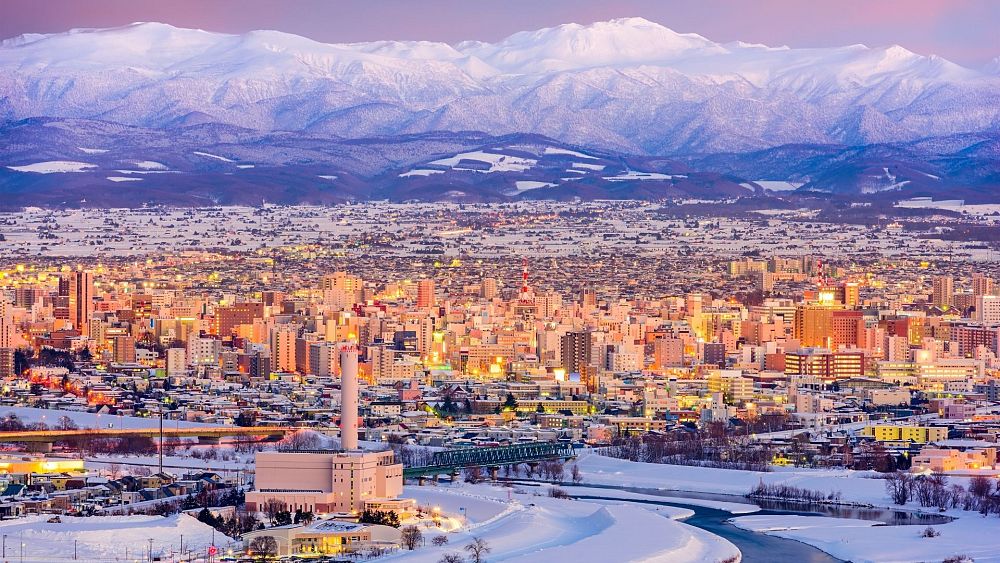 From Sapporo to Taroudant, here are 11 underrated cities that you didn’t realize should be on your radar

David Attenborough once said that “the world is full of wonders” – and he’s not wrong.

There are so many amazing cities to visit, sites to see and delicacies to try. But with what seem like endless options, it’s easy to miss some key spots on your bucket list.

Since trips have been reset slightly, we think your trip list needs to be restarted as well. Here are 11 cities that may have gone under your radar.

Surrounded by ski resorts that put Europe to shame, Sapporo is an often overlooked city on Japan’s northern island, Hokkaido.

Beautiful all year round, Sapporo has the bustle and modernity of Tokyo and the traditional feel of Kyoto.

The best time to visit is during the Snow Festival in February – winter sports enthusiasts should head to Teine, Niseko and Kokusai.

For sightseeing, visit the historic village of Hokkaido, the Sapporo Beer Factory, and the nearby towns of Otaru and Jozankai (home of the Onsen).

Back in town, sample king crab from the Nijo Crab Market or Raman from any traditional ramen house; believe me they are all of excellent quality.

At night, get to know Japan’s LGBTIQ community and head to Susukino, Sapporo’s version of London’s Soho district.

Technically a county, Istria is on the Adriatic coast and far from the often overcrowded Dubrovnik.

This part of Croatia is perfect for road trip enthusiasts and those who appreciate ancient architecture.

Rovinj and Pula are two of the larger coastal towns where many visitors prefer to stay. Further north, the villages of Motovun and Grožnjan offer quiet getaways and incomparable views.

Dine on fresh seafood at the stunning Villa Stefanija’s, Stefanija’s Kitchen or sample the truffle delicacies at Restaurante Zigante in Livade.

For lovers of Croatia, living there has become even more attractive.

The UK isn’t synonymous with great beaches and great weather. But after the G7 meeting in 2021, the world got a glimpse of what this country can offer.

Again, a county, not a city, Cornwall is one of the UK’s most desirable locations.

During your visit, swap the standard hotel room for unique, quirky rentals and glamping options – there are plenty of them available on Airbnb.

Newquay is great for families, while St. Ives is more peaceful and at a slower pace.

Oh, and don’t forget to take a day trip to the Minack Theater, an open-air theater perched on the cliffs above the Atlantic Ocean.

Travel to Montenegro has increased in recent years, and it’s clear to see why.

The whole country has something to offer. But at the top of everyone’s list should be Kotor.

This coastal town is located between limestone mountains and is a maze of medieval streets, museums and palaces.

The cobbled plazas are teeming with cafes, bars, and live music, making it the perfect spot for all ages and interests.

Nicknamed the “grandmother of Marrakech”, Taroudant is a more intimate walled city in south-eastern Morocco.

For those who have visited Marrakech, Taroudant offers the same atmosphere but with a more authentic atmosphere. The souks are just as entertaining and the tagine just as tasty – maybe even more!

It is a must for those who like to travel “off the beaten track”. The locals are friendly and helpful, and for female travelers, there is significantly less harassment.

Vancouver is a truly underrated city with incredible music, art and food scenes.

Neighborhoods like Gastown and Main Street are full of independent shops, restaurants and bars that you wish you were international chains.

For those who enjoy Asian cuisine, Vancouver’s Chinatown is the third largest in North America, and dim sum is considered the most authentic outside of Asia.

For anyone looking for a fun week, Vancouver is definitely worth a visit.

Seoul is a city that just has something about it. It’s effortlessly cool and oddly welcoming.

Signs, announcements, and public transportation are in Korean and English, making it easy to navigate the city. The metro system itself is simple and convenient.

For shopping, explore Gangnam’s underground markets (yes, it’s a real place) and stock up on skincare at SkinFood.

For traditional tours, head to Gyeongbokgung Palace and Insa-dong area.

For something more unique, book a trip to the Korea Demilitarized Zone, a strip of land between the North Korean and South Korean border.

Before you go, be sure to stock up on kkul-tarae, a dessert made from woven honey. You can have any topping you like – I recommend the peanut butter – and it’s freezable.

When considering a trip to Australia, the most common options are Sydney, Melbourne, and Brisbane. But on the southwest coast, Perth is holding up.

The city is much smaller than the other more popular options, but it has just as much to offer.

The beaches are just as breathtaking as those on the Gold Coast, especially Cottesloe, Mettams and Leighton.

The cafe scene rivals Melbourne, and there is as much to do as in Sydney.

In addition, it is cheaper and less congested.

The city of Utrecht is 35 kilometers south of Amsterdam and never fails to impress.

Utrecht is just as pretty as Amsterdam and much more authentic. It embodies the European culture of rooftop terraces and cafes and is a true indication of everyday Dutch life.

Although it is a city, it looks more like a village and has already been voted the fourth happiest place in the world by BBC Travel.

For the best view of the city, head to Cafe La Place at the top of the V&D department store.

For such a small country, Belgium has a lot to offer. Between Antwerp, Brussels and Bruges, Ghent is often overlooked.

But as Belgium’s oldest city in the country, Ghent was once the most important port in Europe.

It is a city rich in history, architecture and mayonnaise fries.

Explore the Castle of the Counts and Saint Bavo’s Cathedral. And on Fridays, take a stroll through the Vrijdagmarkt, a food, drink and merchandise market that has been held every Friday since the 12th century.

The whole region of Andalusia is something to see, but Ronda is the star.

As the largest of the white towns, Ronda is built on top of the El Tajo Gorge. It is famous for its “new bridge”, its wine making, its bullfighting and its rich history.

Being in Spain, tapas are always the popular choice, but expect seafood you never knew existed and plenty of game meat.

For photographers, Ronda is the perfect subject – it seems the Golden Hour was created just for her.

In a Surfside condo almost semi-collapsed, some residents say they put