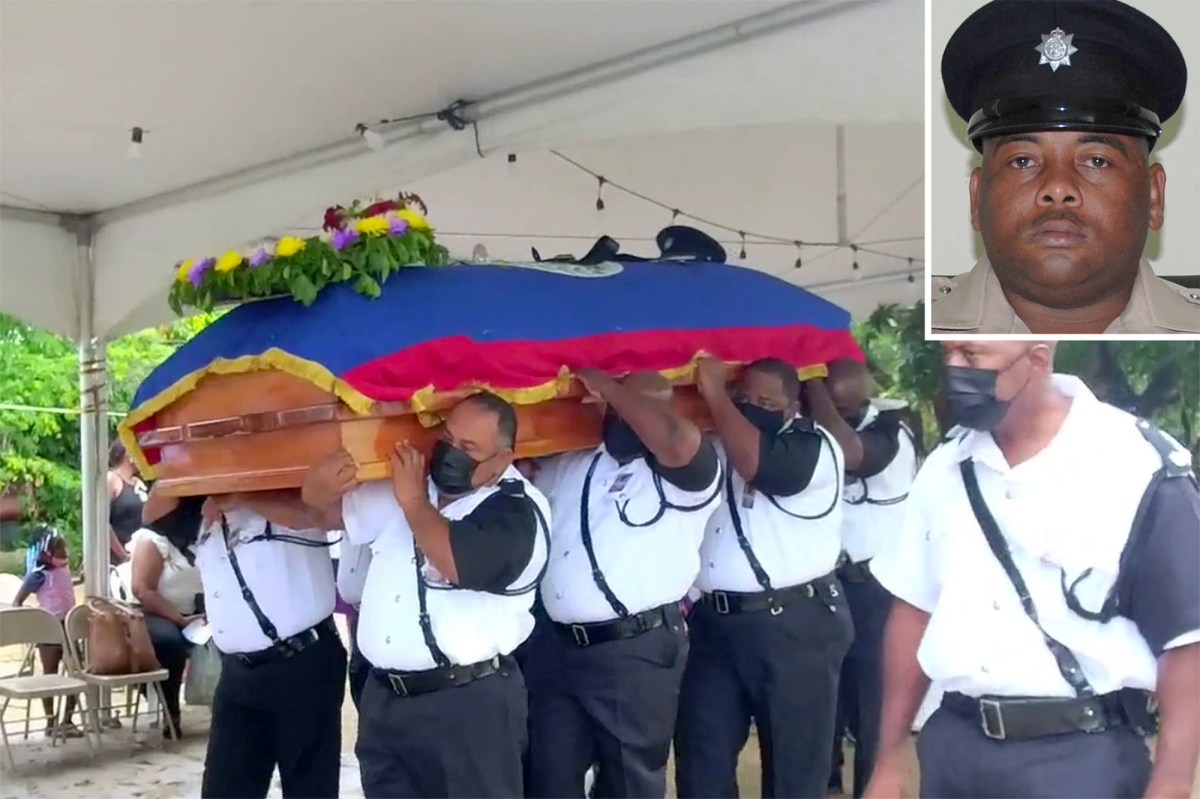 Belize’s police chief, allegedly shot dead by the daughter-in-law of a British billionaire, was buried in tears over the weekend.

Top Cop Killed Henry Jemmott, 42, was buried in his hometown of Dangriga on Saturday, two weeks after Canadian socialite Jasmine Hartin, 32, allegedly shot him with her own service weapon.

Hartin, whose stepfather is Lord Michael Ashcroft, claimed she was practicing loading her friend Jemmott’s gun when she struggled to eject the magazine and accidentally shot him.

The 24-year-old police vet, who left behind five children and a partner, was honored at his funeral by cops wearing masks marked “RIP King”, a nod to Jemmott’s nickname in as the only boy among a slew of sisters.

Jemmott’s coffin was carried through the streets after his memorial service.

Authorities on Wednesday released Hartin from Belize’s infamous Central Prison after she posted $ 15,000 bail on the condition that she surrender her passport and report to a police station every day.

The mother of 4-year-old twins is charged with negligent manslaughter, which would rarely lead to jail time and is more likely to end in a fine if she pleads guilty, local media have said.