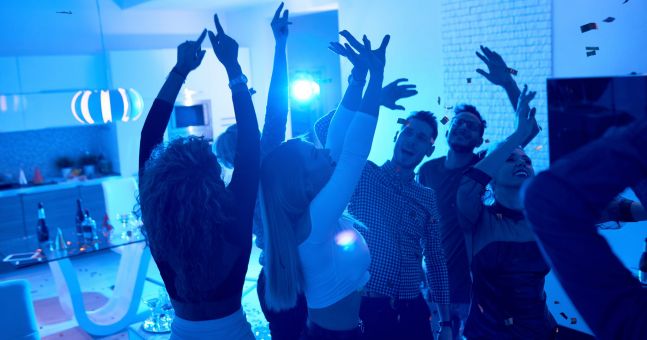 A Galway woman said she was in a “living nightmare” as “20%” of her street was turned into Airbnb “party houses”.

The Galway City resident said short-term rentals in her area have been rented out by young people for parties in recent months, with properties said to accommodate six or eight people accommodating up to 50 people in inside for illegal gatherings.

She told Newstalk that no one is taking responsibility, adding that “it’s seven nights of the week, it’s not just limited to weekends.”

“It’s actually becoming a living nightmare – just on my street six houses are Airbnbs – that’s 20% of my street is Airbnbs,” she said.

“And what you have are young people reserving the houses – and maybe the house can hold six, eight people, but you’ll have 50 inside.”

The resident said she believed the lifting of the inter-county travel ban, as well as young people with “nowhere to go” to socialize, were the main contributing factors.

“A bit of that was going on when you were confined to your own county, you had young people from the county reserving them as party houses,” she continued.

“But since the freedom of movement, and obviously young people have nowhere to go. There are no discos open for them, the pubs are open air by the minute, there is very little space. so that the pubs can accommodate everyone. So they’re literally just reserving the houses for their socialization. “

She added that many homes were not asking for short-term rental and were instead “doing so under Airbnb” for up to “€ 1,700 a night”.

“The rest are just doing it under Airbnb, although they haven’t actually applied to become Airbnb.

“You get 50 kids by dividing the cost between them, it’s not a lot.

“It’s happening in the housing estates, it’s not just the city. You go out a bit and there are houses everywhere that are Airbnb. And you have people with young children, you have elderly people. . “

The woman, named Caroline, added that unlike hotels or guesthouses, there is often “no one to watch these people”.

“There is no one to watch these people because the owner does not live there, there is no owner in these houses,” she said.

The legendary “Dungeon Family” house becomes Airbnb for a weekend