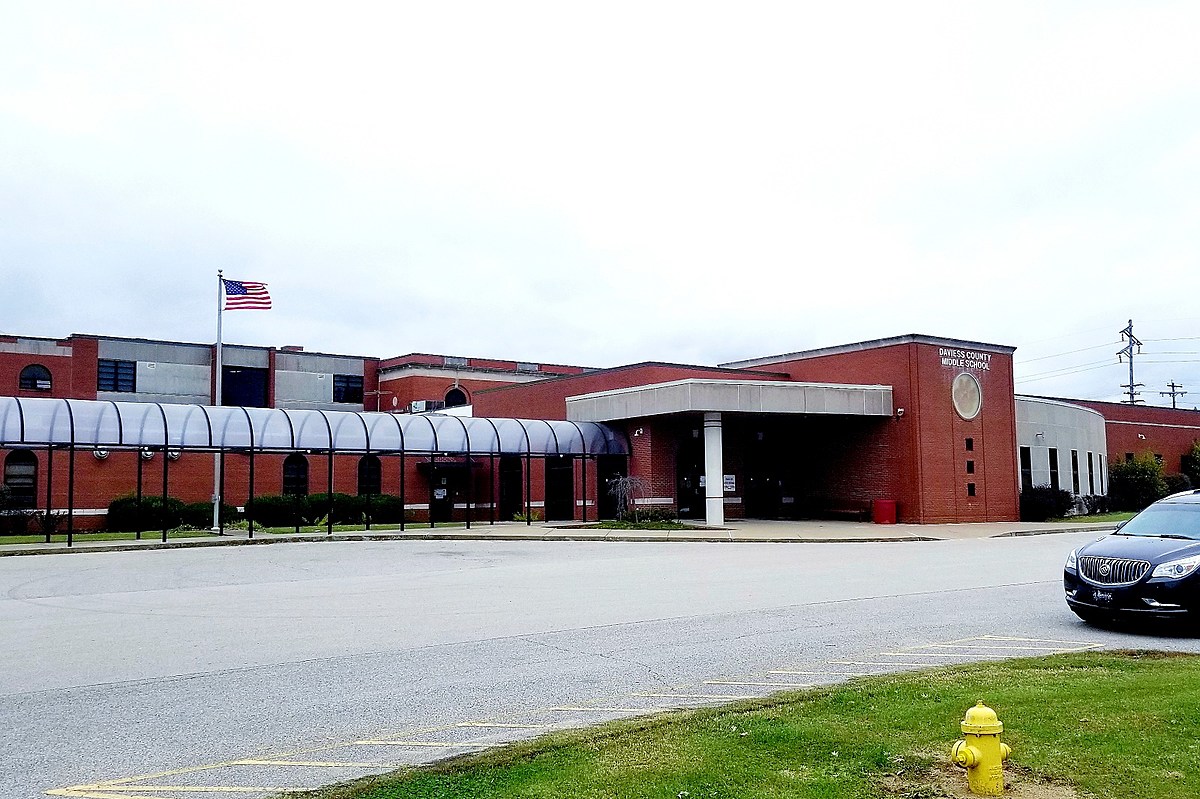 While the middle school years can be tough in terms of emotional growth and development, I have fun memories of Daviess County Middle School.

I attended DCMS from 1977 to 1980 and was overwhelmed as an 11 year old sixth grader when I got there. There was no longer the one building and main hallway of Masonville Elementary School – replaced at the college by three levels and several outside classrooms in mobile units. The addition of the front half of the school in the early 1990s eliminated the need for those outdoor classes, which technically weren’t outdoors; you just had to go outside to get there.

However, it was INSIDE the main building where all the possibly otherworldly activities were taking place. When I was a kid I always thought it sounded haunted, but I really didn’t hear a lot of stories back then about noises and spirits… not until now, that is. -to say.

THE STORY OF RICHARD AND BETTIE MONARCH

I spoke with Katie Albers, Daviess County Middle School Librarian and Director of the DCMS Media Center, about a post I saw on Facebook about the old mansion that was on the property where the school is now located on East 4th Street. The beautiful old house belonged to Richard and Bettie Monarch, which were in the distillation business, and, in fact, it was their current home that formed the center of the old Daviess County Middle School before it was abolished and replaced with additional classrooms in 1960.

The story is fascinating and has led Katie – a great storyteller in her own right – and others to question whether monarchs have anything to do with the weird and unexplained events that have been reported over the years. There have been stories of flickering lights and unexplained noises, but it goes deeper than that.

There were sounds of running water and flushing in the girls’ toilet on the third floor when no one was there. A teacher had a clock that kept dying on her. She had put in new batteries so that they were discharged far too quickly.

The night watchman noticed a projector left on in a classroom as the teacher who uses the room swore she turned it off. Music was also heard late at night.

The security system used by the school was triggered by sound when the building was empty, including the sound of children’s voices.

But the only story that really shook my spine was about a teacher who went back to school one night to retrieve a computer she had left there. Inside the gym, she heard the sound of a basketball bouncing. Of course, she was the only one there and that stopped her dead in her tracks. THEN a basketball just came out of one of the sets of bleachers. Needless to say, she left the computer and left.

I am with her.

WHY WOULD NOT IS HE HASTED?

Years after roaming the DCMS theaters, in 1999, I was watching The sixth sense. When he got to that scene where young Cole is looking up the stairs and seeing these people hanging there, it occurred to me how much those stairs looked like the old college stairs. And this GYM at DCMS. All those old bricks and incredibly tall windows – who’s surprised this beautiful old structure is so appealing to, well, anyone.

Of course, the current Daviess County Middle School has entered its final year, as the kids will report to the new school in 2022.

The Indiana Family Farm You Need to Visit ASAP