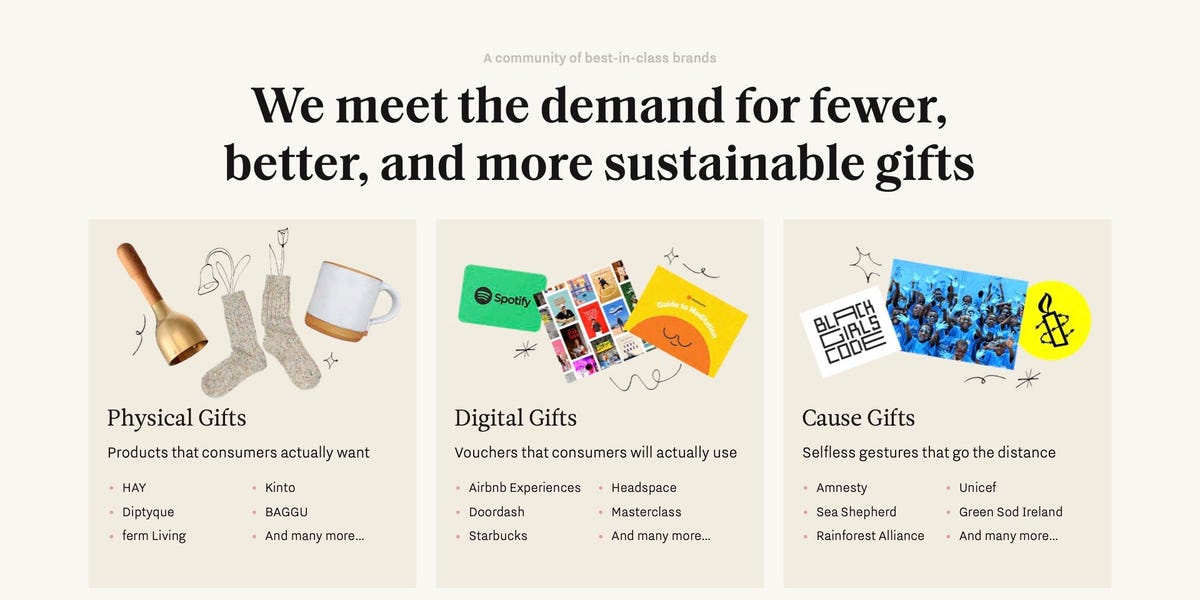 A startup that handles corporate gifts for companies like Airbnb, Peloton and Spotify has raised $26 million in fresh funding.

Dublin-based &Open, which was founded in 2017, has developed a platform that enables companies to send gifts at scale to customers and employees with the aim of increasing consumer spending and improving retention workers. Users can send everything from flowers and food and drink to digital subscriptions and carbon offsetting through the site.

The Series A round was led by publicly traded investment firm Molten Ventures, an investor in fintech giant Revolut and used-car market Cazoo. Additional funding came from US firm First Round Capital and Saul Klein’s LocalGlobe, which recently revised its investment strategy.

Hayley Barna, partner at First Round Capital, said &Open brings a lot more “care and consideration” to the $242 billion giftware industry, which she says can be “unthoughtful” and “involved” mass-produced products.

Businesses can offer gifts at scale through &Open to individuals and groups in their business ecosystem around the world with options to send gifts at scheduled times or when certain milestones have been reached.

“All companies give gifts, whether it’s to their employees, customers, prospects or partners,” said Jonathan Legge, co-founder and CEO of &Open.

“Companies give gifts because people drive business and those relationships need to be nurtured. Now, more than ever, loyalty matters.”

The Irish startup operates a software-as-a-service (SaaS) model where businesses pay a fee to use the donation platform. The new funds come as &Open launches an on-demand platform that will allow it to expand its offering to small and medium-sized businesses. These companies won’t have to sign an annual contract or pay SaaS fees, the company said.

&Open plans to open a New York office this year, while investing in its engineering, product, customer success and sales teams. The company claimed that its annual recurring revenue increased by more than 376% over the past year.

The Series A round, which also included investments from Tribal VC and Middlegame Ventures, brings the company’s total funding to $33.2 million.

Check out the 15-slide & Open pitch deck used to elevate his Series A below: