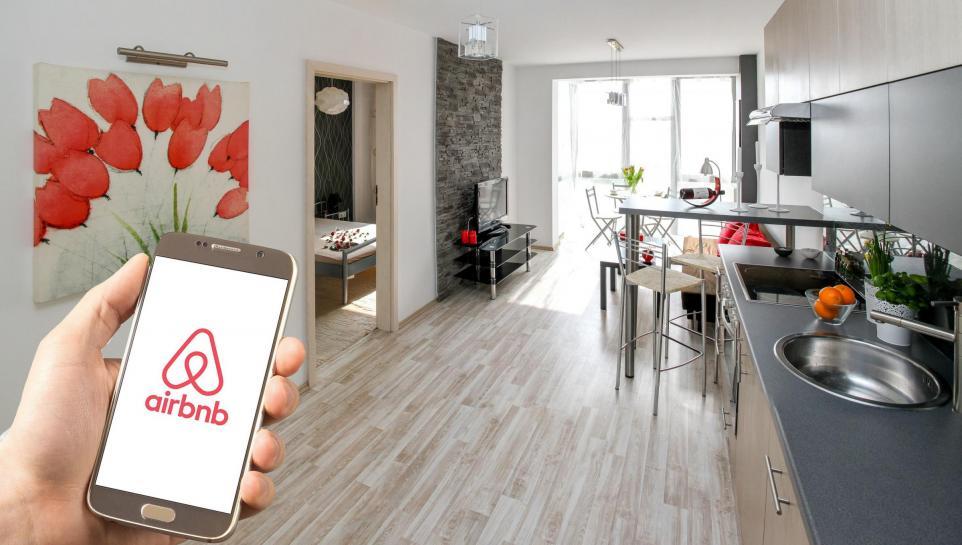 After a day of renting, the Airbnb property seemed in pristine condition.

What the owner of the building did not expect was a phone call from a potential tenant who was in possession of a signed lease in his name.

As John Smith* discovered, the guest had used his one-day stay in his Glasgow flat to arrange property viewings with potential tenants.

The fraudster defrauded at least three separate desperate tenants out of £1,100 deposits for a flat he did not own.

All seemingly arranged before the booking in early September, the guest advertised Finnieston’s ownership on Facebook Marketplace, then moved quickly to seal the succession of fraudulent offers.

The case reflects a growing rental crisis that is particularly acute in Glasgow, where staggering demand for private rental properties has seen tenants struggle to find accommodation.

In addition to scammers now taking advantage of the situation, concerns have been raised about bidding wars, students being forced to stay in Airbnbs, and the crisis affecting potential skilled foreign workers.

“I was actually in Italy at the time, and I got a call on Sunday from someone who had all my contact details,” Mr Smith said.

“They had my name, they had a signed rental agreement with my name, my Airbnb profile picture and they had paid this person £1100. I was obviously quite shocked.

He added, “I guess they had it listed before Monday because viewings were happening that day.”

One of the fraud victims informed him “there were at least six or seven other people at the property while he was viewing it.”

Mr Smith said the use of his contact details was ‘puzzling’ but expressed more sympathy for the three known victims of the fraud.

He said: “The first guy, in particular, was heartbroken. I guess it’s not just the money.

“It’s the fact that the housing situation in Glasgow in terms of long-term rentals is obviously quite strained.

“These people think they’ve found a place to stay for six months and then it’s ripped away from them.”

After being contacted by the first duped tenant, the incident was reported to the police, which made it easier to break the news to the next two victims.

One had even moved from England, Mr Smith added: ‘He moved here just to live on this property and now he has nowhere to stay.’

He issued a warning to others trying to find a flat to rent and said: ‘The deal they signed looked completely official so I think that’s why people were duped.

“My message to people is if you’re listing for a property and you’re not going through a registered lettings agent, then be very careful.”

Housing spokesperson for Citizen’s Advice Scotland, Aoife Deery, advised tenants to check whether a potential landlord is registered with the local authority.

She said: “We are very concerned about reports of rental fraud, especially at a time when we know many people are struggling with the cost of renting.

“This is a very difficult situation for tenants, but they can ask for proof, for example by checking that their prospective landlord is registered with their local authority and immediately reporting this activity to Police Scotland.

“We encourage people to contact their local Citizens Advice Bureau for free, impartial and confidential advice if they feel there is something wrong or have been the victim of this type of scam.”

The issue comes amid rising demand for rental properties in Scotland. Over the past three years, the number of properties available for rent north of the border that are listed on Rightmove and Zoopla has fallen by 41.9%, according to a recent study by Ocasa.

“Worst I’ve Ever Seen That”

Our sister title The Herald previously reported that students have been asked to think twice about signing up for their course due to a lack of accommodation.

Louise Gorse, 23, had spent three months looking for a property and spoke of apartments going to tenants who could offer to pay more or pay three months in advance.

“It looks very wrong,” she said. “You are outbid and sometimes it’s without even seeing the apartment.”

A concerned father, Sushil Gupta, said his daughter was living in an Airbnb after moving to Glasgow from India for university.

“Immediate action by governing bodies is needed to control the situation,” he said, warning of skyrocketing rents as students arrive in the city in September.

However, it is not only students who are affected by the rental crisis.

The chairman of a company that provides relocation services to companies and their employees, Locators Scotland, said the lack of available properties could cause businesses to “look elsewhere”.

Bob Stocker has worked to attract a skilled workforce for over 30 years, but today’s housing market poses new challenges.

“It’s worse than I’ve ever seen,” he said of the rental market.

“It’s been very, very stressful for some of these seniors who have had children who move here and find that there are hardly any properties available on the market.”

Although they were able to find accommodation for all of their clients, he feared that fewer essential skilled workers would be attracted to Scotland.

The company also tried to help others where possible, including a young doctor from Melbourne.

“I got a call from a mum who told me her daughter, who was a junior doctor, was in Glasgow and she just couldn’t find accommodation,” Mr Stocker said.

“She was staying in temporary Airbnbs, which were very expensive, and moved from week to week.

“I could feel that she was really worried about her.”

In this case, they managed to find a property for the young doctor, but he added: “You can feel the pressure they are under.

“I’ve had a lot of experience with my colleagues in Edinburgh and Glasgow, and Aberdeen to some extent, that those considering coming here are terribly worried about the lack of available properties.”

A Police Scotland spokesperson said: ‘On Sunday 11th September we received a report of rental fraud in Glasgow. Investigations are underway to establish all the circumstances.

*Name has been changed to the Airbnb owner who preferred to remain anonymous.