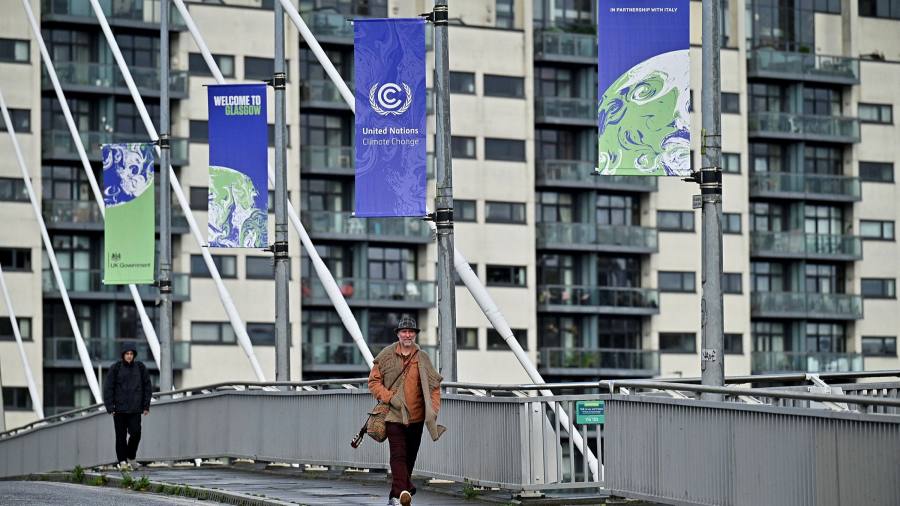 Glasgow landlords are asking for up to £ 36,000 to rent an apartment for the UN’s COP26 climate summit fortnight as they seek to take advantage of the influx of more than 25,000 people who flock to the city at over the next month.

COP26 attendees have faced hurdles before, including Covid-19 travel restrictions and testing requirements – but getting a bed in the Scottish host city turns out to be the toughest hurdle of all .

A single room at the Smiths Hotel in Finnieston, a 15-minute walk from the conference venue, is offered at £ 14,000 for the two-week event which begins October 31, before dropping to just £ 903 for both following weeks.

On Airbnb, one owner – perhaps optimistically – is offering a luxury three-bedroom apartment for £ 34,045 from October 29 to November 12.

Due to the uncertainties of Covid-19 travel rules, many delegations did not finalize their plans until September or October, especially countries that were previously on the UK’s travel ‘red list’.

With beds in Glasgow no longer available, or at least not at a price most delegations can afford, many negotiators, activists and officials are now staying in Edinburgh, 72 kilometers away.

“Our people come from the other side of the world. . . and now the closest available accommodation is in Edinburgh, ”said Tagaloa Cooper-Halo, who coordinates several Pacific Island delegations. “It’s going to be really tough.”

The official COP26 website ordered delegates to stay in Edinburgh since at least September, noting that all beds contracted by the official accommodation provider, MCI, have been filled.

The shortage is in part due to large entourages accompanying some government delegations – more than 1,000 people will accompany US President Joe Biden and members of his cabinet, people familiar with the planning said.

The city’s total supply of hotel rooms is around 15,000 rooms, according to the Glasgow Convention Bureau.

Some delegates have had their reservations canceled by owners eager to increase prices. Trade publication Carbon Pulse has removed its delegation after being repeatedly canceled, according to director Mike Szabo. “We booked through hotels.com, through Airbnb, through Vrbo, and everyone was canceled by the owners,” he said.

While some Glasgow two-bedroom apartments listed on Airbnb on Friday were advertised for less than £ 3,000 from October 31 to November 31, most cost over £ 4,000 and a few were much more expensive.

Because such negotiations often go on overnight, staying close to the center is a priority for negotiators.

Video: The decisive challenges of the COP26 climate summit

Those looking for a cheaper way to stay in Glasgow during the global climate event should look for more creative solutions.

One owner rents out his ‘popular motorhome’ called Alexis, which can accommodate two adults on his ‘crash-tested M1 rock’n’roll bed’ – for £ 1,912.

For those not worried about lack of personal space, the Booking.com website offers a single bunk bed in a 14-person dorm in central Glasgow for £ 181 a night.

Meanwhile, two cruise ships with a combined capacity of over 6,000 beds have been reserved to accommodate the participants: the Romantika and the MS Silja Europa.

Airbnb has also offered vouchers of £ 100 in an attempt to entice new hosts to list free rooms on the platform, with the aim of increasing the supply.

Many delegates expressed concern that poorer countries would struggle to be properly represented at COP26 due to the shortage of affordable housing.

“We weren’t expecting to have a demand from people across society. . . we are talking about scientists, people who have jobs at the COP like translators, delegations, etc. She said. A thousand have been placed in homes so far, with another 2,500 on the waiting list on Friday.

Are you curious about the FT’s commitments to environmental sustainability? Learn more about our scientific goals here