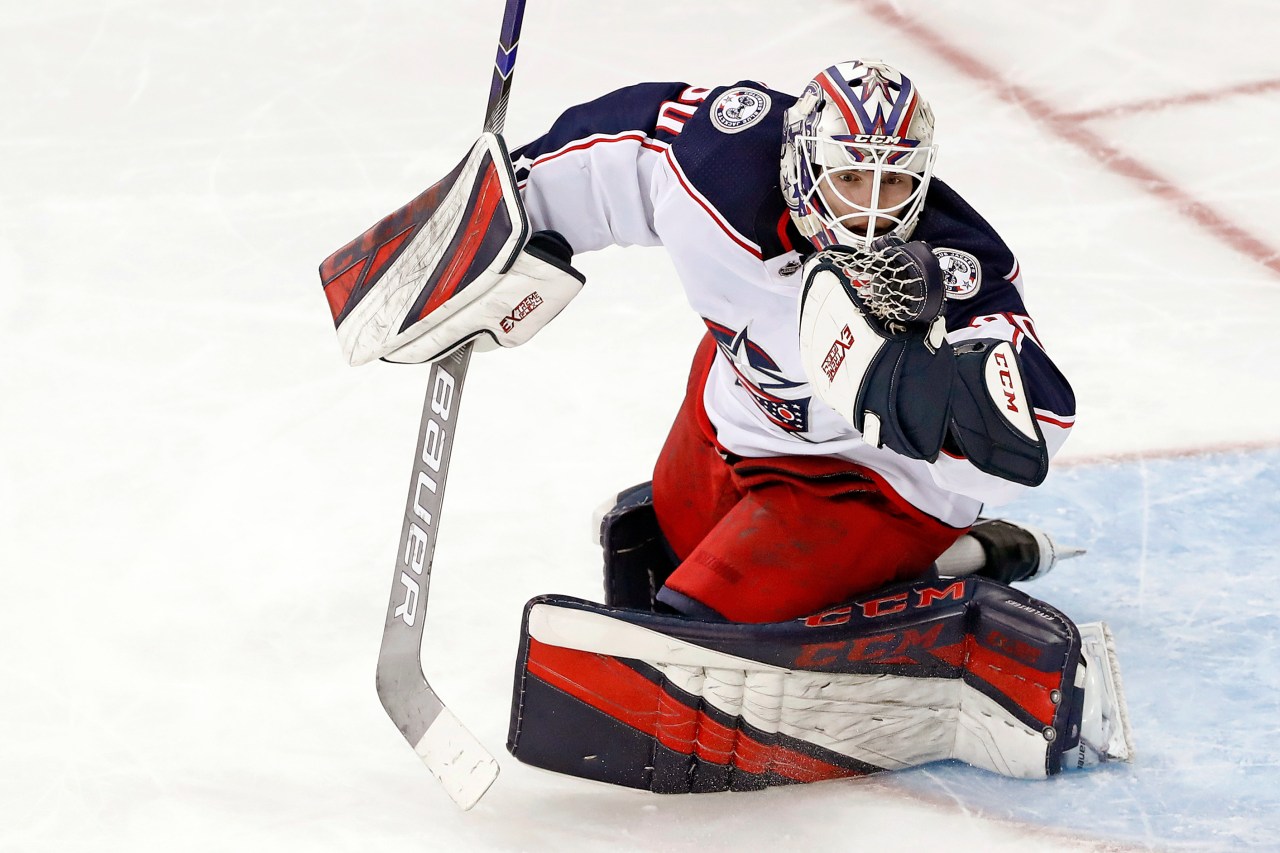 Lt. Jason Meier of the Novi Police Department said a mortar-style fireworks display tilted slightly and started firing at people nearby. Kivlenieks was in a hot tub and fled with several other people, but he slipped and hit his head against concrete, Meier said.

Firefighters and paramedics arrived at the private home at around 10:13 p.m. Sunday night and took him to a local hospital, where he was pronounced dead, Meier said. An autopsy is scheduled for Monday.

The Blue Jackets and the Latvian Hockey Federation announced Kivlenieks’ passing earlier on Monday, with the NHL club claiming it was the result of an apparent head injury in a fall. The team’s statement made no mention of fireworks.

Many messages left with team and national federation staff were not immediately returned.

Columbus CEO Jarmo Kekalainen tweeted: “Life is so precious and can be so fragile. Embrace your loved ones today. RIP Matiss, you will be sorely missed.

“We are shocked and saddened by the loss of Matiss Kivlenieks, and we offer our deepest condolences to his mother, Astrida, family and friends during this devastating time,” said Blue Jackets president of hockey operations, John Davidson. “Kivi was an exceptional young man who greeted everyone and every day with a smile and the impact he had during his four years with our organization will not be forgotten. “

Bettman said “Kivlenieks’ love for life and passion for the game will be deeply missed by all who were lucky enough to have him as a teammate and friend.”

Hailing from Riga, Latvia, Kivlenieks signed with the Blue Jackets as a free agent in May 2017 and played eight teams for the club. The Latvian Hockey Federation called the death of Kivlenieks “a great loss not only for Latvian hockey, but for the whole Latvian nation”.