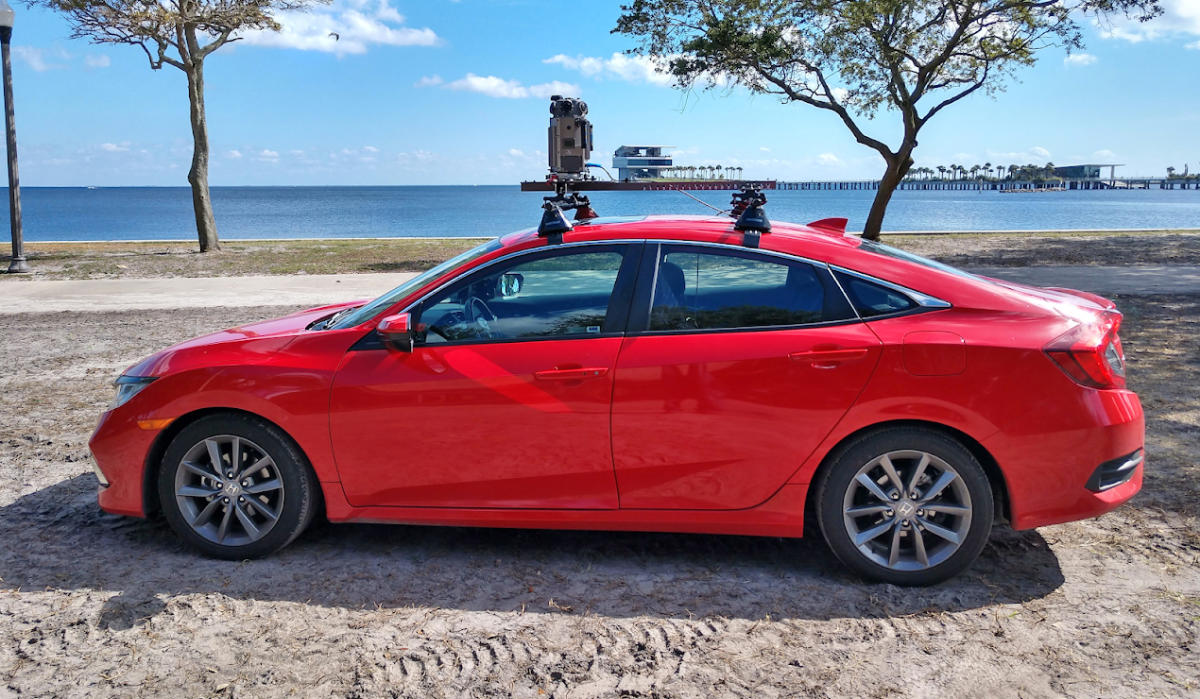 Street View for Google Maps launched 15 years ago this week, and Google is taking advantage of this anniversary to drop some updates, including a major update to Street View mapping hardware. However, most people can immediately take advantage of the ability to “go back in time” on Street View using Google Maps for Android or iOS. This feature has been available on the web for a while now, but it’s being added to the Maps app for the first time. Accessing this historical data is quite simple: just go to Street View and tap anywhere on the image to get location details. After that you will find a “see more dates” option which fetches all other Street View captures for the location.

Obviously, this will only work for locations where Google has lots of historical Street View data, so what you’ll be able to find will vary greatly by location. Google says how often it crawls areas for Street View depends on factors such as how often the area changes, how popular it is, and how difficult it is to access. Street View first launched in San Francisco, New York, Las Vegas, Miami, and Denver, so those locations will have the oldest historical data for those curious.

For those interested in the hardware used by Google to obtain Street View data, the company is announcing a big update to its camera system. Google says the new camera (pictured above) has all the resolution and processing capabilities that are in the full Street View car, but it’s a 15-pound device that’s “about the size of a domestic cat”. The company hopes this will make it easier to get data from under-mapped areas of the world; an example of such a place given by Google was the Amazon jungle.

A camera system this small, relatively speaking, will be much easier for Google to deploy in more areas – it can be shipped anywhere and mounted on any type of vehicle. As long as it has a roof rack, Google says it’ll be good to go. Google says that historically it had to create completely new camera systems to fit the area they wanted to capture, but the new camera is modular and customizable.

It will serve as a “basic” system that can be supplemented if circumstances so require. For example, Google notes that the new camera lacks the lidar scanners typically found on Street View cars that work in cities, but they can be added if needed. Google says the new camera system is currently being tested and expects it to be fully rolled out in 2023.

Finally, Google is adding four new collections of Street View images from some pretty notable places. The Pyramids of Meroë in Sudan, The Duomo in Milan, Les Invalides in Paris and the Sydney Ferries in Australia (the latest arriving later this year). The Duomo in particular shows the interior of Italy’s largest cathedral as well as the exterior, while a virtual tour of Les Invalides in Paris is available. To discover these new sites, visit the google blog for direct links.