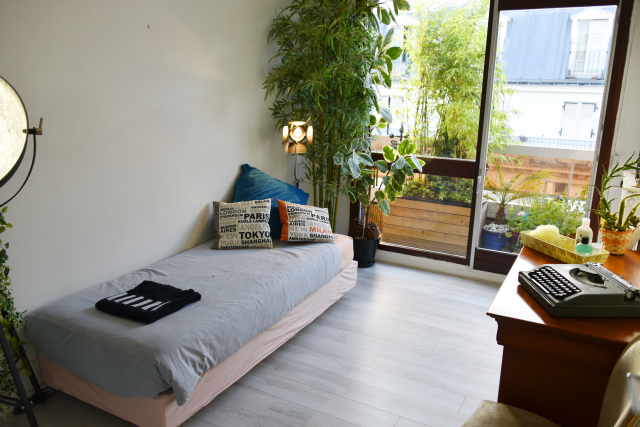 A collective of citizens in Paris proposed solutions to better regulate short-term seasonal rentals and reduce their number in the future.

The number of available vacation rentals fell in Paris during the Covid-19 pandemic while long-term rentals rose 185% last year.

Paris Mayor Anne Hidalgo intends to keep these levels low, as an oversaturation of short-term rentals through sites such as Airbnb has caused housing problems in the capital.

The Paris City Hall estimates that there are around 35,000 Parisian properties published on the Airbnb tourist rental site.

But during the health crisis, the number of tourists plummeted, which led many owners to sell the apartments they rented as seasonal rentals.

The group of 26, formed at the request of Mrs. Hidalgo, produced a series of recommendations around the question: “To facilitate better access to housing, should we go further in the regulation of furnished tourist accommodation?” If yes, how ?”

The main findings can be summarized in four categories:

Owners are limited to the rental of main residences on a seasonal basis for 120 days per year. Mayor Hidalgo pushed for this deadline to be lowered to 30 days.

The citizens’ group refused, saying it was “not a key solution”.

The group said 120 days appears to fit the definition of a primary residence – meaning the owner would live in the accommodation for at least eight months out of the year.

“Nevertheless for some of us this rule remains a possibility to study, in particular in the districts victims of over-tourism, like the center of Paris or Montmartre”, specifies the report.

Another proposal mentioned was for the city of Paris to build its own vacation rental website, similar to Airbnb, but the group said some members believed that was not the city’s responsibility.

Airbnb, Vinted: Do I have to declare income online for French tax?

€ 15,000 fine for the Parisian owner of Airbnb confirmed by the court

Take a trip to Bournemouth

Forgot how to pack for a trip? Choose comfort over fancy stuff