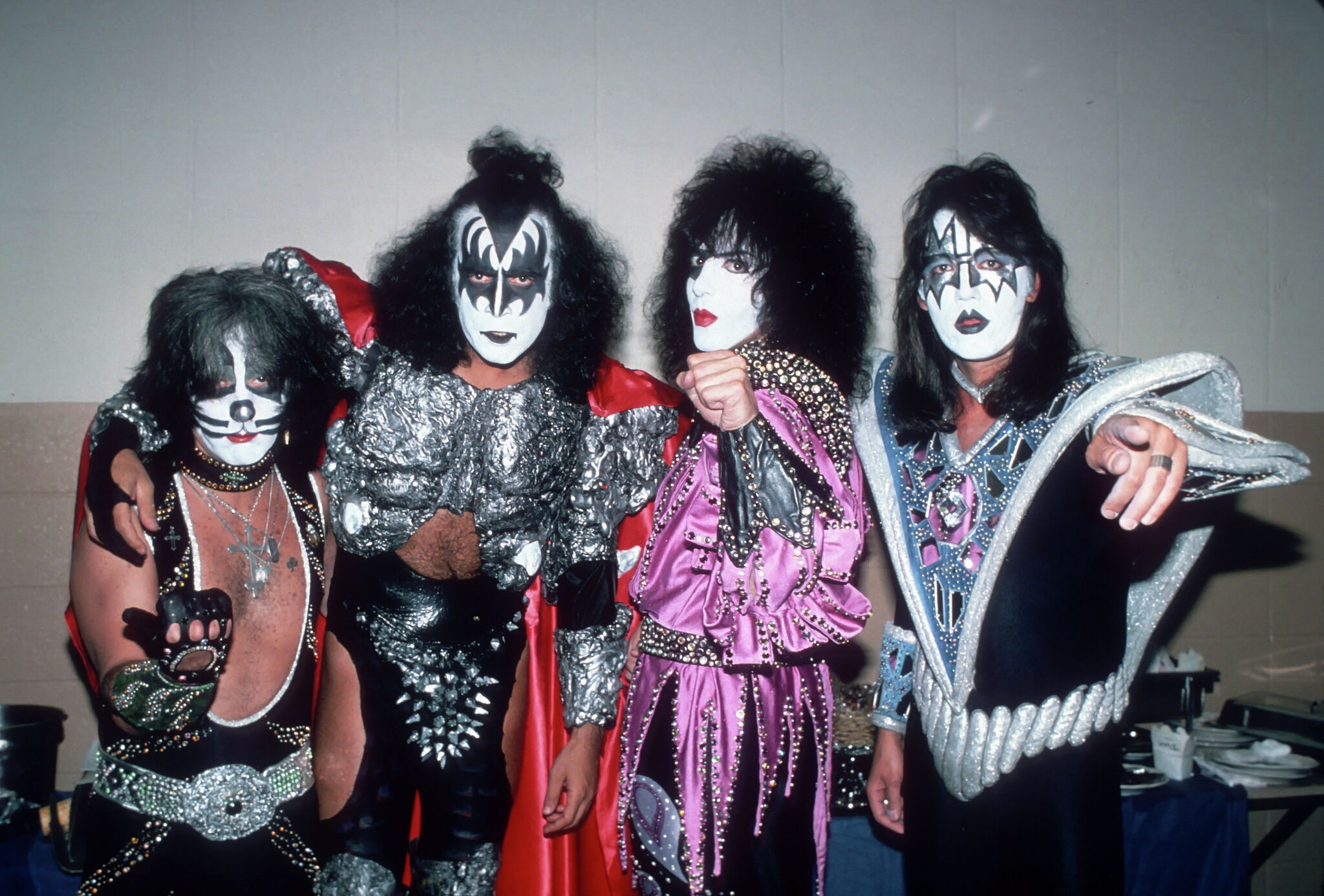 Get ready to “rock and roll all night and party all day” at the former Wilton home of original KISS guitarist Ace Frehley, which has been converted to Airbnb. While living in the sprawling 6,400 square foot estate in the early ’80s, Frehley recorded many of his KISS contributions at the “Ace in the Hole Studio” in this house.

The Airbnb listing prides itself on its connection to the famous guitarist, inviting guests to step through iron gates, cross a stone bridge and up a circular driveway “to the former residence of the iconic band’s Ace Frehley. KISS”. “Similar to something out of a magazine, this jaw-dropping home offers large open spaces, lots of glass and light,” reads the Airbnb listing. A private hot tub, waterfall, recording studio and plenty of nods to its former rock star occupant await fans of the classic rock band.

The house can accommodate up to 10 people with its four bedrooms and seven bathrooms, and is equipped with modern appliances and technologies.

According to property recordsthe home last sold for $1,107,500 in 2016. John Storyk, who designed the studio in Frehley’s home as well as other famous recording studios like Electric Lady Studios, told the BraveWords Music Blog about his experience working on the project.

“There was nothing non-commercial other than the fact that it wasn’t going to be a commercial studio. And also, it wasn’t a giant studio – Ace didn’t need a giant studio. He needed room for three, four musicians,” Storyk said.

At one point it was even Grateful Dead’s Jerry Garcia is rumored to have recorded at “Ace in the Hole Studio,” according to a press release from the house.

Known for his Gibson Les Paul Custom that shot fireworks from the headstock and smoke from the pickups, and the iconic Spaceman persona, Frehley’s frenetic yet poignant playing style made him an integral part of the KISS sound. Frehley was responsible for writing a number of hits for the group, including “Cold Gin”, “Shock Me” and “Rip It Out”.

Wilton’s house was occupied by Frehley at the height of the band’s success. In his autobiography,No regrets: a rock ‘n’ roll memoir,Frehley talks at length about the necessary solitude he felt while living on the Wilton estate. Frehley lived there from 1979 to 1983 and sold the estate in 1986. “When KISS wasn’t on the road or n didn’t record an album, I liked to retreat to Wilton and hang out with my friends,” Frehley said in the book. “The place was so big I didn’t have to see other people who were there. if I didn’t want to.” Work on KISS’s ninth “Music from ‘The Elder'”, was recorded by Frehley in Wilton’s home. The album, released in November 1981, would be the last KISS album from the era to feature Frehley, who left the band just months later in 1982.

In a 1993 interview with the LA Times, Frehley looked back with zero nostalgia for being in the “hottest band alive.” “KISS started off as a great idea, but after a while it became a nightmare for me, like a chain around my neck,” Frehley said. “I hated wearing makeup. I remember one time in Paris, we had a big show and I guess I drank too much that night. I fell asleep with my makeup on, and when I woke up, my eyes were swollen from an allergic reaction to the silver paint, I couldn’t see anything, and it freaked me out.

Despite these emotions, Frehley joined the band for a brief stint between 1996 and 2002. After recording the band’s “Psycho Circus” album in 1998 and touring with KISS, Frehley left once again in support of his solo career.

In 2022, KISS performed 26 times in Connecticut according to setlist.fm. The band’s last show in Connecticut was in Hartford last summer during the End of the Road World Tour. The first time KISS performed in the state was in 1975 during its Alive! round. Although no longer with KISS, Frehley can still be seen performing in Connecticut; he performed at Toad’s Place and the Hartford Healthcare Amphitheater for the past two years.