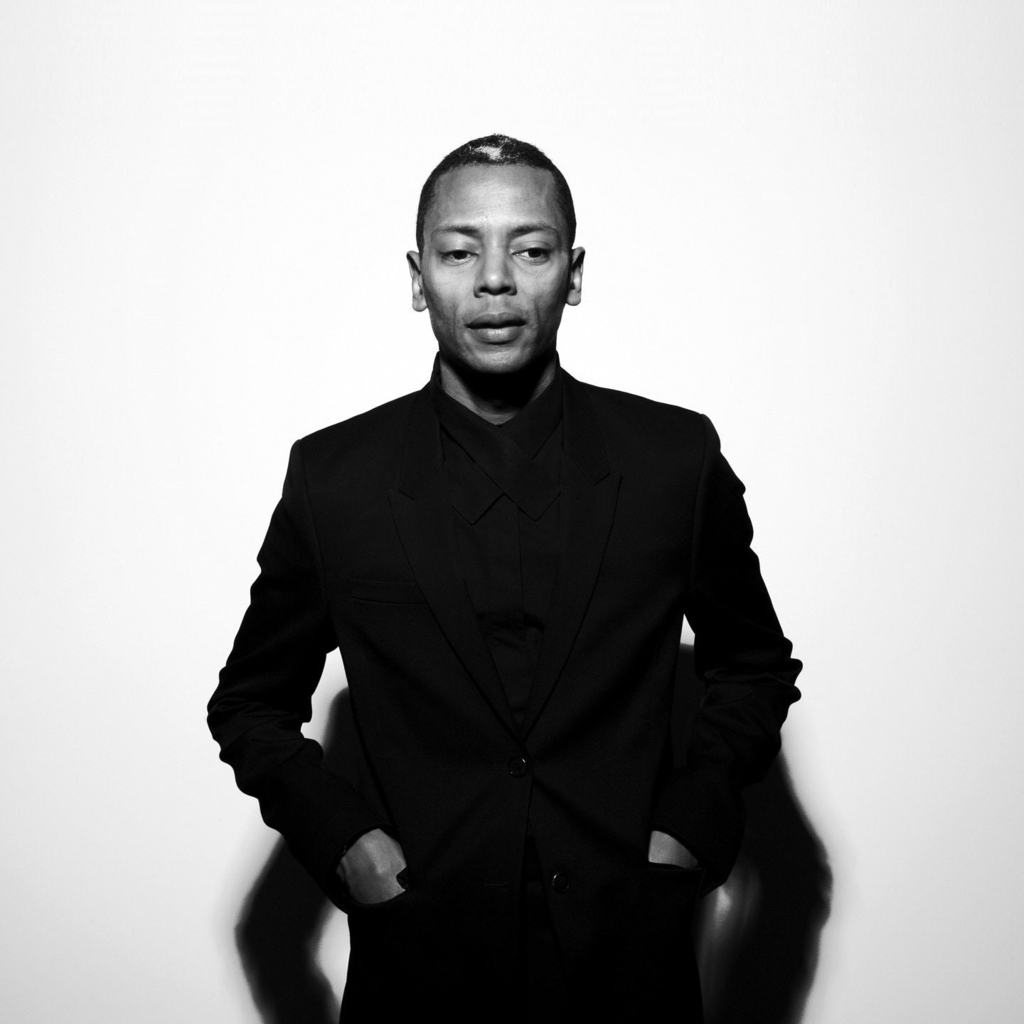 Deeply inspired by science fiction, DJ, producer and artist Jeff Mills immediately embraces its ideas, concepts, stories and aesthetics. For him, Space is an obsession and his music becomes almost a musical science fiction. Conqueror of space, her music embodies the future while respecting the past and remaining well in the present. When he founded his own label Axis in 1992 – a logo made up of four triangles pointing towards an invisible center – Mills took the principle of rotation of the solar system as an aesthetic, concept and model of creativity. From the start, its first releases explore futuristic and science fiction subjects such as “Mutant theory”, “Demain”, “Art / UFO”, “Time Machine” and “Alpha Centauri”. For Jeff Mills, the future is a powerful creative impulse that explains the artist’s incessant activity.

The 2000s, a turning point in Mills’ artistic career.

Jeff Mills has never wallowed in his status as a DJ and has continued to multiply exceptional performances. During the creation of Fritz Lang’s’Metropolis‘soundtrack in 2000, Jeff Mills takes up his original inspiration made of utopia, futuristic thought and a true passion for the extraordinary worlds and scenarios offered by science fiction. He is the master of extraordinary scenarios and borrows from science fiction the common notion of Tomorrow (re-edit). In 2001, he designs ‘Mono‘, a monolithic sculpture and installation inspired by Stanley Kubrick’s film “2001: a space odyssey ” which was exhibited at the CCCB Museum during the Sonar Festival in Barcelona.

Mills continues to merge his love for music and image. Reframing his extraordinary DJ skills in 2004 when he came out “The exhibitionist“, an unedited real-time film capturing Mills in creative DJ moves. A collection of DJ sets filmed from multiple angles, allowing him to both tackle video production, while beautifully complimenting his art form on the turntables. In 2005, he released AX039 “Extended“ with the awareness of creating for future generations, rather than creating for the moment. Broadening his mind became more important than the music production itself, and he became very interested in things that would provoke and challenge his thoughts on The Future. Science fiction is one of them.

The Magician likes to be inspired by the little music of the cosmos and keeps his head well forward, in the stars. Since 2006 Jeff Mills created and wrote a story of the life and dark times of a fictional character who would eventually be called The Sleeper. With each chapter of the evolving story, the character delves deeper and deeper into intrigues that have so far scoured the universe in search of new worlds (‘Sleeper wakes up‘), contracted an unknown virus causing control of electricity (‘The power‘), until the end of Humans (‘The Messenger‘) and the eternal search for purpose and meaning (‘The jungle planet‘). In 2013 Jeff Mills collaborated with Japanese astronaut Dr. Mamoru Mohri and released the album ‘Where the light stops ”, inspired by Mohri’s first trip to space, aboard the Space Shuttle Endeavor in 1992. The ‘Emerging crystal universe‘, released in September 2014 as a limited art object is the 8th chapter in this series and the 9th chapter “Free fall”, announcing a cosmic threat, is released in June 2016. To be continued.

After the soundtrack of “Metropolis” as mentioned above, Jeff Mills was involved in numerous film soundtrack projects in collaboration with the Cinémathèque Française and the Cité de la Musique in Paris which included his unique cine-mix performances. of ‘To cheat’ (Cécile B. DeMille), ‘October’ (Sergei Eisenstein), “Fantastic trip” (Richard Fleischer), “Studies on Paris” (André Sauvage) and “Woman in the moon” (Fritz Lang).

“Space is our destiny as the punishment begins”.

In 2009 Jeff Mills presents “The trip” in London. Passionate about science fiction, Jeff Mills continues his work on images begun in 2000, and offers a sound and image mix, inviting the public to a fully sensory experience. “The Trip” explores the subject of how humans will endure the mental and physical constraints of traveling through outer space in order to discover the unknown. Mixing live more than fifty excerpts from science fiction films (from the 1920s to the 1970s), following the same principles as DJing, Jeff Mills invited the audience to enter a thrilling atmosphere of the abnormal … Psychedelic meets electronics.

In the fall of 2013, Jeff Mills presented his first solo exhibition as a contemporary artist entitled “Centrifugal force“ at La Passerelle Saint-Brieuc, where he developed the concept of infinite spiral movement through various sound and visual installations. In the meantime, he presents “Chronicles of possible worlds»At the prestigious Vasarely Foundation, a 7-hour performance based on the exploration of exoplanets, in collaboration with the Marseille astrophysics laboratory.

“Time Tunnel” is an all night long DJ set with surprises and special attractions. Based on the American science fiction television show “The Time Tunnel” (produced by Irwin Allen in the 1960s), Jeff Mills creates a sonic, visual and performance odyssey that takes audiences dancing through time through time. simulated visual. Machine for exploring the past, present and future of music. Time Tunnel visited several cities such as Paris, Nantes and Strasbourg. The last performance of “Time Tunnel” took place in Amsterdam in October 2015 during the ADE festival.

In 2014, Jeff Mills has teamed up with French filmmaker Jacqueline Caux to create ‘The man of tomorrow“. This film is more of a portrait of Jeff Mill’s music than of the man himself. A nomadic, poetic and sensitive, graphic and musical portrait, imbued with the intimate perception of filmmaker Jacqueline Caux on the futuristic sounds of the DJ / producer. The Louvre Museum invites you to a preview screening of “The Man of Tomorrow”.

The residence of the Louvre museum

Subsequently, he was commissioned by the Louvre Auditorium to be the 9th resident artist of “Ephemeral Duets»For the year 2015, a program of 4 different shows combining music, cinema and dance. At the same time, Mills is working closely with choreographer Michel Abdoul on an original performance entitled “2001: The Midnight Zone” pay homage to Kubrick’s masterpiece again “2001: a space odyssey”, presented at the Cité de la Musique in May 2015.

Jeff Mills has collaborated with symphony orchestras for many years and was the first DJ to perform and capture it on DVD for a wider audience. It all started with the Orchester National de Montpellier in 2005 in Pont du Gard, France. The room was called “Blue potential” and had been arranged for orchestra by the young French composer Thomas Roussel. In 2012, Jeff Mills performed a new version of this orchestral project, now called “Light of the outside world”. Several concerts are scheduled around the world in the years that follow. In 2013, Jeff Mills presented a new play titled “Where the light stops”. A third project, inspired by Holst ‘ “The planets” premiered in 2015. All of these performances have always been sold-out shows. It shows that techno fans have been waiting for such opportunities, in addition to the fact that classical audiences can find new music.

Almost ten years after the success of “The Exhibitionist,” Jeff Mills revealed “Exhibitionist 2” in September 2015, in which he delves deeper into the art form to show, not only how he uniquely mixes music, but how he thinks in real time to spontaneously create and work like a musician playing an acoustic instrument or a soloist thinking about rhythms. -Fly.

This will be followed by “Kobe session”, a special improvisation performance created by Jeff Mills for the Exhibitionist 2 DVD project. Along with 3 other musicians, their goal was to create, shape and perform compositions in front of a live audience. Beginning in Tokyo in September 2015, a live recording was captured in Kobe, Japan and vinyl was released in May 2016.

Please Note: The event information above was added by the organizer. While we try to ensure that all details are up to date, we make no warranties or representations as to the accuracy or completeness of any information displayed.

Airbnb wants you to live in its listings for a year, for free