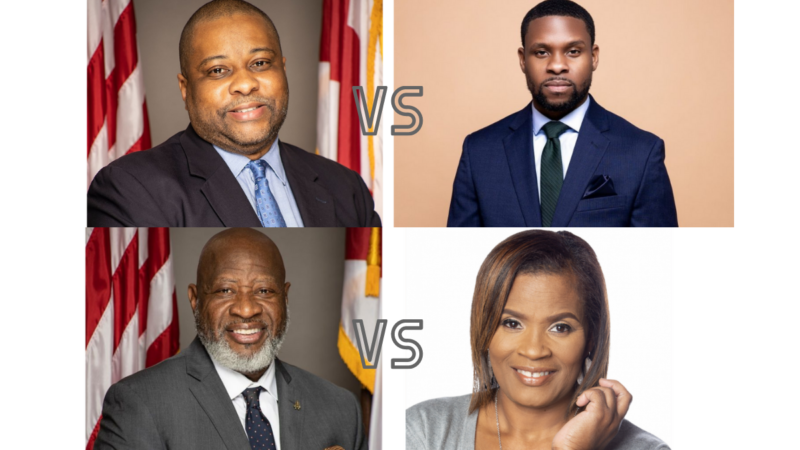 By Ryan Michaels
The Birmingham Times

Two incumbents and two newcomers are vying for seats in the second round of the Birmingham municipal elections held on October 5. Polling stations open at 7 a.m.

In District 4, outgoing council chairman William Parker will face activist JT Moore. Parker garnered 1,501 votes, or 41.9%, of the votes in the district, while Moore received 830 votes, or 23.1%, in the August 24 general election.

In District 9, incumbent John Hilliard faces off against LaTonya Tate, CEO of the Alabama Justice Initiative. Hilliard received 2,212 votes, or 49.2%, of the votes last month while Tate received 1,320, or 29.3%.

Parker, a former state representative for District 59 in Alabama, said he wanted more funding for the district, including through the $ 53.1 million US bailout the city received. from the federal government. Cooperation with the mayor’s office is an important part of this goal, he said.

“My job is to continue to defend the residents of District 4, but a lot of that is up to the mayor… we need to have the cooperation of the mayor’s office,” Parker said. “I am a strong advocate for the residents of my neighborhood.

Moore, the 33-year-old Woodlawn coordinator for volunteer lawyers in Birmingham, said he was relating to issues in his district.

“I really care about their concerns because their concerns are mine,” he said. “I live in the neighborhood. The same problems as them, I have some too, so it’s not something that is very far from me… I am going through the same things.

Hilliard, a former Alabama District 60 state representative, said his work as chair of the council’s economic development committee and his district’s projects, such as securing funds for One Pratt Park, were essential to its success. Right after the general election, Hilliard said he was ready to run for a second term.

“I put on my tennis shoes and am ready to run and do whatever I have to do and use all the resources at hand to make it happen,” he said.

Tate said her experience with the Alabama Justice Initiative and her ability to listen to residents made her the best candidate for the district.

“We have to listen to what people are saying in these neighborhoods and make sure that we move their agenda forward and stay true to who I am, an advocate, a person ready to fight,” Tate said. “I think I have shown that in this race that I am a real fighter.” 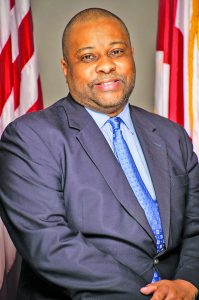 Parker, the current chairman of the board, was originally appointed to the seat to replace his mother, Maxine Parker, after her death on November 12, 2013, but he also won a special election held in 2014. During his mother’s tenure at advice, Parker served as an aid. Parker is currently chairman of the full council committee; Parks, recreation, cultural arts and tourism; Planning and Zoning Committees and the 2020 Census. In 1998, Parker was elected to serve in the Alabama House of Representatives for District 59 following the retirement of Lewis Spratt. Prior to his election to the State House, Parker had served as legislative assistant to former Rep. Earl Hilliard. He has led weekly COVID-19 town halls and has led a number of council vaccination campaigns. Parker graduated from Talladega College in 1994, with a bachelor’s degree in finance.

Main issues: Give power back to citizens; create a synergy between the citizens through the neighborhood association, provide them with information and work with them to solve the problems in their neighborhoods; address public safety concerns by developing watchdog blocks that partner with the police and issue specific nonprofits to have meaningful impact in communities; take responsibility for establishing ways to promote pride in the neighborhood through beautification, celebrating both individuals and blocks in neighborhoods that show pride in pride; find ways to facilitate the acquisition of vacant land by residents through the Land Bank Authority; working to create an entertainment space dedicated to young people. 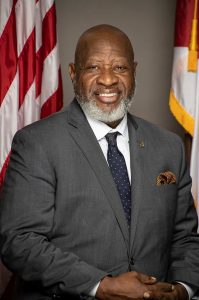 The incumbent John Hilliard, first elected in 2017, is a resident of Pratt City and prior to his election was the Alabama representative for District 60 (I’m not sure exactly what the preferred formatting for reps of State) for District 60 of Alabama from 1993 to 2003 Currently, Hilliard is Chairman of the Board of the Economic Development Committee and a member of the Government Affairs and Public Information, Planning and Zoning Committees and transports. In addition to his work with the state council and House of Representatives, Hilliard has been a member of the state’s Democratic Executive Committee for over 20 years. A graduate of Parker High School, Hilliard received a Bachelor of Business Administration from Alabama State University.

Tate, a resident of North Birmingham, worked for over 15 years in the healthcare industry in Jefferson County. Currently, Tate is the CEO and Executive Director of the Alabama Justice Initiative, which she founded in 2018. Tate also worked as a probation and parole officer for the Florida Department of Corrections. She completed the Emerge Alabama program, which trains progressive women to run for office, in 2020, and Tate is also a current member of Alabamians for Fair Justice and Alabama Forward. Tate became a Licensed Practical Nurse from Bevill State Community College, holds a BA and MA in Criminal Justice and Security Administration from the University of Phoenix, and Tate has an MA in Public Administration. and Grand Canyon University policy.

Main issues: Invest in community-based programs to help restore the rights of those formerly incarcerated and connect them with new vocational training, education and mentoring opportunities to ensure their long-term success; working with community organizations and activists to create a comprehensive violence reduction initiative that addresses the mental health and socioeconomic factors that contribute to gun violence; create a program of fines and fees for citizens who owe unpaid fees due to their inability to pay; introduce a Ban the Box initiative; work with grassroots organizations on the restoration of voters / registration rights and inform formerly incarcerated people of their right to vote