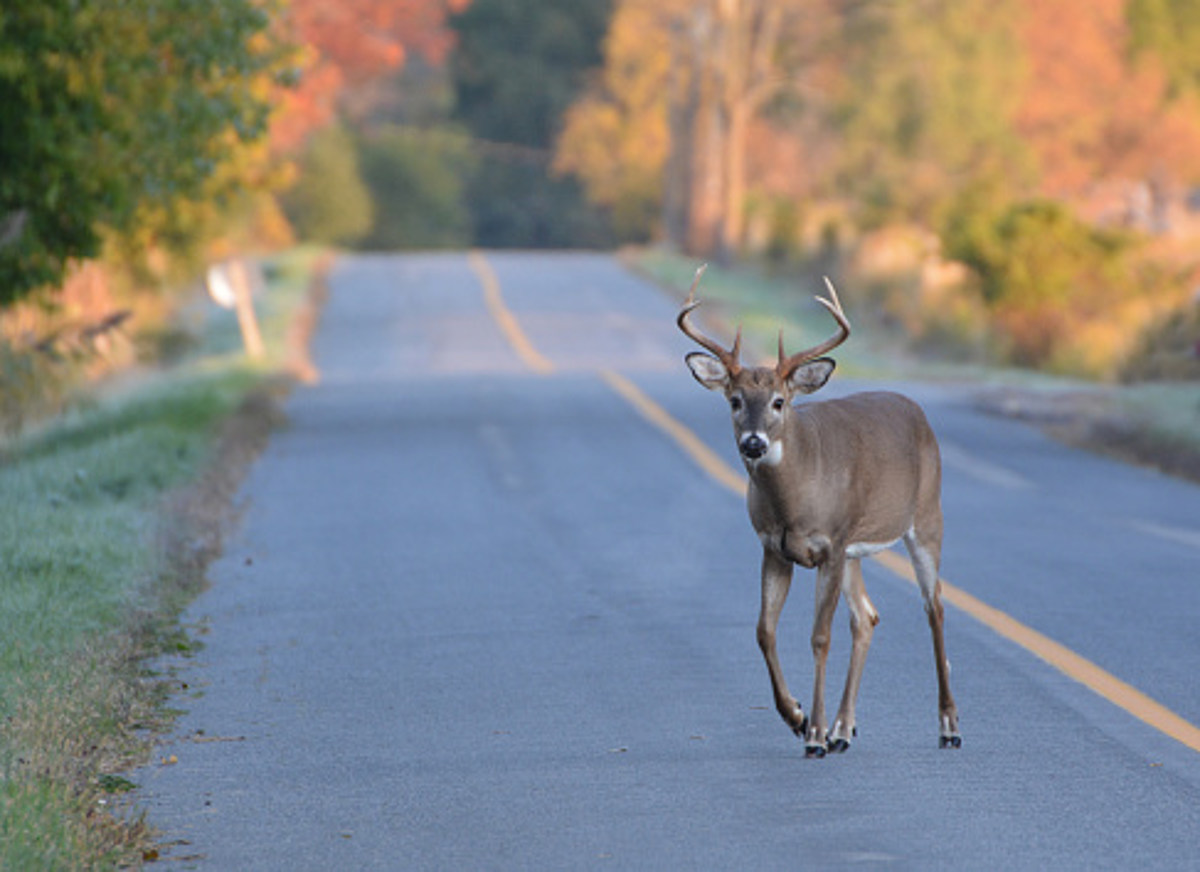 After reading an article about a horrific crash over the weekend in Indiana in which 3 people were killed when an SUV hit a deer, crossed the center median, then crashed head-on with a pickup truck, I began to wonder what the odds were of something like this happening to any of us who drive the roads of northern Illinois.

It all depends on the time of year, but since we’ve just entered deer mating season, your chances of a close and personal encounter with a deer are higher than at any other time of year. .

Many years ago, my broadcast partner at the time, Rick, was late for work and I hadn’t received any phone calls that he would be late. When I finally got a call he informed me that he was in the Swedish American Hospital after a deer collision on Meridian Road early that morning.

His very large SUV (and, of course, the deer) didn’t survive the encounter, and Rick almost didn’t survive either. A torn neck, rib injuries and other bruises and abrasions kept him out of work for nearly a week, and his SUV was a total loss. Afterwards, he told me that as October arrives every year, he faces a high degree of anxiety every time he gets behind the wheel, imagining a repeated encounter with deer.

In the United States as a whole, drivers have about a 1 in 116 chance of hitting a deer (or other animal). Here in Illinois the odds are 1 in 148, state farm found in its annual Deer-Vehicle Collision Study.

West Virginia is the state with the highest probability of animal collisions for the 14th consecutive year, according to the study. There is a 1 in 37 chance of a driver hitting a deer or other animal in the Mountaineer State. In 2019, State Farm recorded 7,721 auto claims for animal collisions in West Virginia.

The other states in the top 10 are Montana, Pennsylvania, South Dakota and Michigan.

If you’re looking to move to a state where your chances of encountering an animal are decreasing, you’ll want to look at Hawaii. Hawaii is the state least likely for a driver to strike an animal, with a reported rate of 1 in 642. California and Arizona are the second and third least likely states for animal collisions.