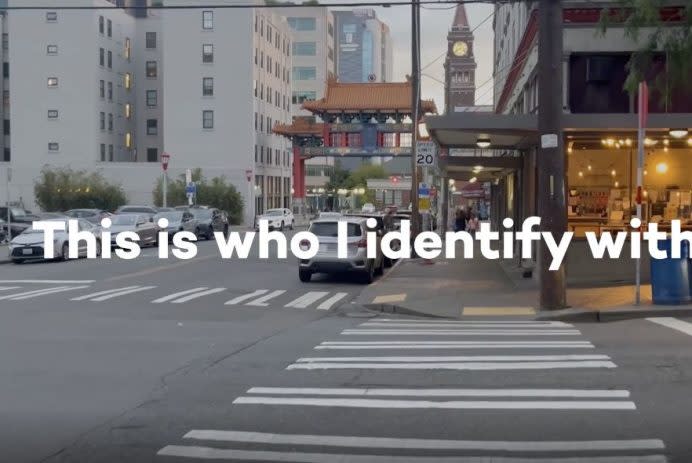 In this episode of In The Know: Walks of Life, a 19-year-old biracial woman shares how she began to feel good about herself after struggling with her racial identity. While discovering her identity as an individual, she also dealt with feelings of anger towards race. Labels she felt compelled to embody throughout her life.

Sharing that she’s Japanese-American and grew up in a small, predominantly white town, the subject talks about the complicated feelings that come with living in a “multi-ethnic identity.”

When she was younger, the woman says she felt more white than Japanese because she had no cultural connection to Japan. In fact, she didn’t even really think about her racial identity until her peers started pointing it out to her.

Once she got to high school, all of a sudden, she felt she needed to “prove” her Asian identity, because that was how she was labeled. She began to experience racism other students and cites a time when she publicly stood up for herself as a defining moment in the evolution of her personal identity. “It was a major turning point for me in choosing to understand what it means to live in a body that is not white in an area that is white,” she explains. “It was a really structuring moment for me.”

At that time, she became, in her words, “a social justice warrior” and began to explore and try to understand the history of racism in America. Through this exploration, she began to get angry realizing that “this country is systematically screwed.”

Struggling with his personal identity coincided with George Floyd and Black Lives Matter protests, and she found herself feeling detached not only from her own white identity, but from white people in general. “I didn’t want to embrace that part of myself,” she shares.

But after taking a course in college, she began to consider the binary thinking she had applied to the world and to herself, and realized that labels and categories get in the way of personal growth. .

“I think claiming that Asian identity made it harder in a way,” she says. “I started to feel like I had to fill that pair of shoes. I needed to be a lawyer always. And it really made me let go, I don’t mean ‘individuality’… I don’t know, I feel like I got so caught up in what it means to be Asian, it lost its personal meaning.

“In The Know: Walks of Life” is available on all major podcast platforms including Apple Podcasts, Spotify, Amazon Music and Stitcher.

The post office Here’s how this 19-year-old felt good about herself after years of struggling with her racial identity appeared first on Aware.