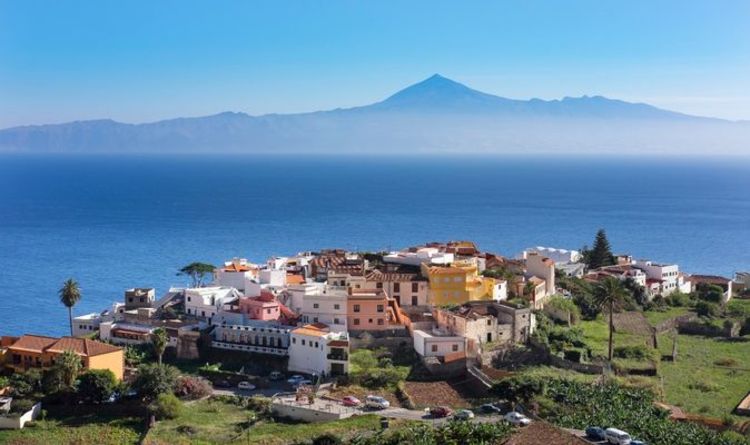 The head of the regional government of the Canary Islands, Angel Victor Torres, said the region will be placed on the UK’s green list “imminently”. If the British government agrees to add the islands to the list, it will be the thirteenth destination to welcome British visitors from tomorrow May 17.

Other lockdown rules are expected to be lifted tomorrow, including the ban on overseas travel.

Britons will be able to travel without quarantine to 12 countries, something Boris Johnson’s government announced last week.

These destinations include Iceland, Portugal, Gibraltar, Israel and more.

The list can be updated or changed at any time, and the Canary Islands could be its latest addition.

READ MORE: Green light to fly to Portugal from Monday

Mr Torres said he hoped Canary Islands Day, a public holiday on May 30, could coincide with the return of British tourists to the islands.

The head of the regional government said: “The government of the Canary Islands is in constant contact with UK authorities and the UK’s decision to treat regions separately from nations is something that will happen.

“This is something that could happen imminently.”

Spain is not currently on the UK’s green list, but its islands, like the Canaries and Balearic Islands, want to be treated differently from the mainland by the UK government.

The Spanish Islands, which include destinations such as Mallorca, Ibiza, Tenerife and Gran Canaria, currently control their own ports and airports for domestic travelers.

Residents in Spain can travel to the islands provided they have a negative coronavirus PCR test.

The islands have a lower COVID-19 rate than mainland Spain, with the Balearic Islands having one of the lowest cumulative transmission rates across Spanish territories.

However, Spain’s region of Valencia has the lowest transmission rate of all, and its government also wants the UK to ‘regionalize’ its green list.

If some Spanish regional governments get their way, the British could be allowed to travel without quarantine to some parts of Spain this summer and not others.

Although the Canary Islands are not yet on the UK’s travel green list, other European countries have announced that they allow their citizens to travel to the region without having to self-isolate upon return.

These countries are Germany, Holland and Denmark.

Yazia Castilla, Minister of Tourism of the Canary Islands, also commented on relations between the UK and the Spanish Islands.

She told the Tenerife newspaper El Día: “We have been talking to all the right people for over a year now, without waiting in many cases for conversations to take place in the bilateral Spain-UK framework.

“Even with the traffic light the UK is ranking destinations orange, the underlying demand is intense,” Castilla added.

“We have stepped up our efforts to get the UK to treat the Canaries individually, separately from the rest of Spain, as Germany has done.”

“We are not alone in this case.