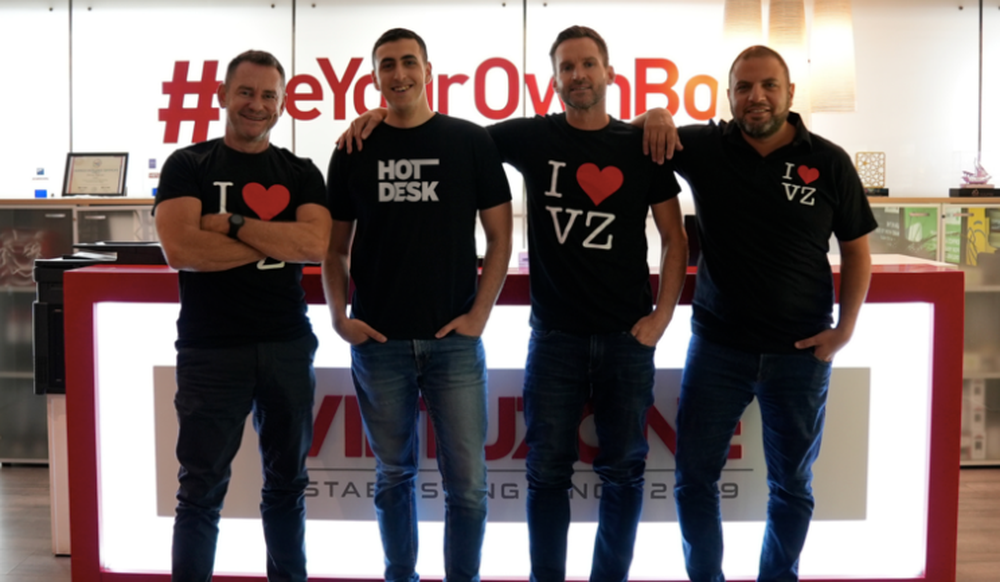 Hotdesk, a Dubai-based provider of transformative shared workspace offerings, today announced that it has raised $ 1 million in seed funding to transform the way people work.

Mohamed Khaled, the founder and CEO of Hotdesk was recently involved as CFO at Swvl in the first $ 1.5 billion Middle Eastern unicorn to be listed on NASDAQ through a business combination with a Special Purpose Acquisition Company (“PSPC”), and was part of the core transaction execution team of-PSPC. Hotdesk has brought together leading talent from PwC, Delivery Hero, Rocket Internet, Google and Careem – all with the vision to revolutionize the way people work.

Hotdesk operates an assetless model where it neither owns nor leases any of its workspaces, but instead consolidates the dispersed empty commercial real estate market on one platform.

The million dollar fundraising round is led by Virtuzone, the largest incorporation provider for companies setting up offices in the region. AlZayani Investments, a leading real estate group with a significant commercial real estate footprint in Western Europe and North America, participated in the round through its venture capital arm ZVC (Zayani Venture Capital).

Some of the leading angel investors who participated in the tour de table in their personal capacity included Youssef Salem – the CFO of Swvl whose experience is in investment banking as Executive Director of Moelis & Company and who has featured in Forbes 30 under 30 earlier this month, and Khaled AlFahim – who is a board member of the Abu Dhabi Chamber of Commerce, a board member of Black Lane in Berlin and a former member of the board of directors of the Al Fahim group in Abu Dhabi, which owns a portfolio of hotels and hospitality and are serial start-up investors.

The startup was previously supported in its early days by Flat6Labs, the main accelerator in the MENA region.

Mohamed Khaled, Founder and CEO of Hotdesk: “We are at a turning point in history, where work and workspaces are democratizing. Hybrid models are the future, and Hotdesk sits between the convenience of working from home, yet being able to socialize, be equipped, and without the intimidating experience of the corporate office. Businesses got smarter and leaner after covid, and no one wants a 5-year unfurnished lease anymore. Plug-and-play scalable workspace solutions are the way to go. Our primary mission is to help people unleash their productivity and give our guests a chance to make better use of their unused commercial real estate assets.

Neil Petch, President and Co-Founder of Virtuzone, said: “Exploring innovative solutions that can advance entrepreneurship has always been one of our fundamental objectives. We see great potential in the workspace solutions Hotdesk brings, and these align with our goals of removing barriers to entrepreneurship and making it much easier to start up and do business in the Arab Emirates. united and abroad. With the capabilities that Hotdesk brings to the corporate market, it may very well become the Airbnb of workspaces.

Hotdesk should appear in Lisbon, Portugal’s WebSummit next November.

Romantic holiday in an Irish castle in the West of Ireland