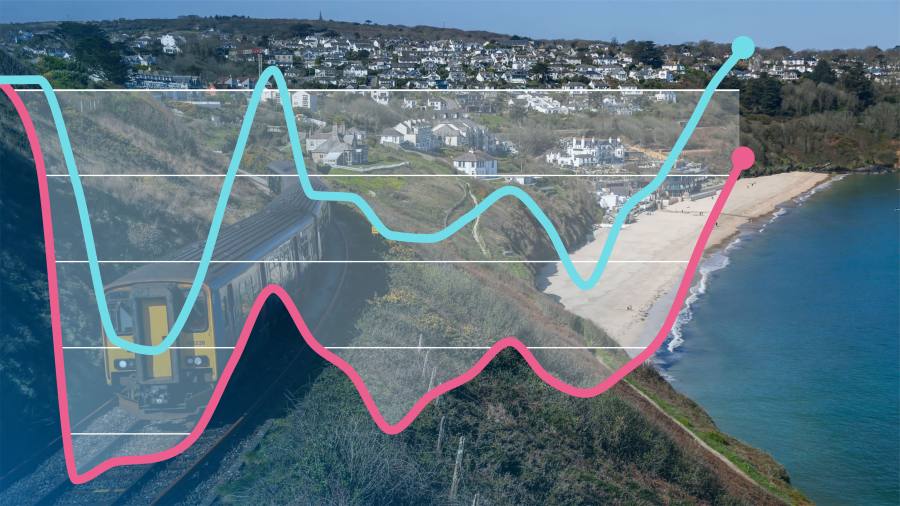 Pent-up demand has given leisure destination hotels a boom in late summer this year, but winter could be harsh for city accommodation.

Hotels and holiday homes in regional destinations such as Cornwall in the UK or the Alps in Europe have seen record levels of demand as restrictions on international travel coupled with high testing costs have pushed consumers to book national holidays.

Accommodation in northern European countries which traditionally see many people heading to the shores of the Mediterranean during the summer has been the biggest beneficiary of the border closures.

“We’ve never been in a position where so much depends on government regulations and travel restrictions,” said Amar Lalvani, managing director of The Standard, a group of nine boutique hotels.

The UK sent 16 million holidaymakers to Spain and 7.1 million to France in 2019, according to Abta, the travel association. When travel restrictions reduced the confidence to go abroad earlier in the summer, flocks of British tourists opted for stays instead.

UK hotel occupancy rates reached 71% in August, compared to 63% in Spain and 60% in France, although it remains below 2019 levels.

But now the holidays are over and questions are raised as to whether business travel – a staple for hotels during the winter months – will return to fill the books. Companies have been slower than expected to recall workers to offices amid a spread of the more infectious Delta variant.

Hotel companies have reported that several group bookings for the fall have been pushed back to next year.

Robin Rossmann, managing director of industry data provider STR, described it as “a pretty stellar fall hangover from a summer for hotels that had any kind of recreation appeal.”

“In general, no one really knows [if business travel will return]except that there is nothing in the books at the moment, ”he said.

Double pressure from businesses hurt by the pandemic, limiting costs and environmental concerns, could lead to a long-term, perhaps permanent, decline in business travel.

Airbnb and Marriott, the world’s largest hotel group, have both said they believe the future lies in a mix of business and leisure travel.

“Zoom may not be useful for business trips, but it’s good for family trips, and longer weekends that combine work and leisure, made possible by working remotely on time. partial, will also be part of the future, ”Airbnb said this week.

He noted that in the United States, the number of longer weekend trips increased with three- and four-day weekend bookings in the second quarter of this year, up 70% from the previous year. same period in 2019.

Francis Davidson, managing director of Sonder, an apartment hotel company, said remote workers “will offset some of the drop in business travel [but] there is no doubt that the trips will be different ”.

For hotels, the recovery of daily rates is better than that of occupancy. Even in UK city centers such as Liverpool and Manchester, 80% of hotels are selling rooms at rates above 2019 levels, thanks to surging domestic demand.

However, the increase was less marked in countries like France and Spain, which depend much more on inbound demand. Rates in Cornwall in August, for example, rose 66% from the same month in 2019. In the Spanish province of Malaga, however, they fell 1.1%.

“It was the northern European markets that drove this rate recovery,” said Rossmann.

Acute staff shortages in the industry have already prompted several hotels to downsize and cut back on food and laundry services.

But developers still believe in the future of hotels.

STR said the number of hotel projects underway this month in Europe is 13% lower than the same point in 2019, but is increasing as construction opens.

Rossmann has estimated that 2021 and 2022 will be record years for hotel openings, although some of these can be traced to projects suspended during the closures.

According to a survey of 50 UK hotel groups by commercial real estate agency Fleurets, 44% plan to increase capital investment in their hotels this year, while nearly a third are considering further acquisitions.

24 travel apps to make your next trip easier and safer