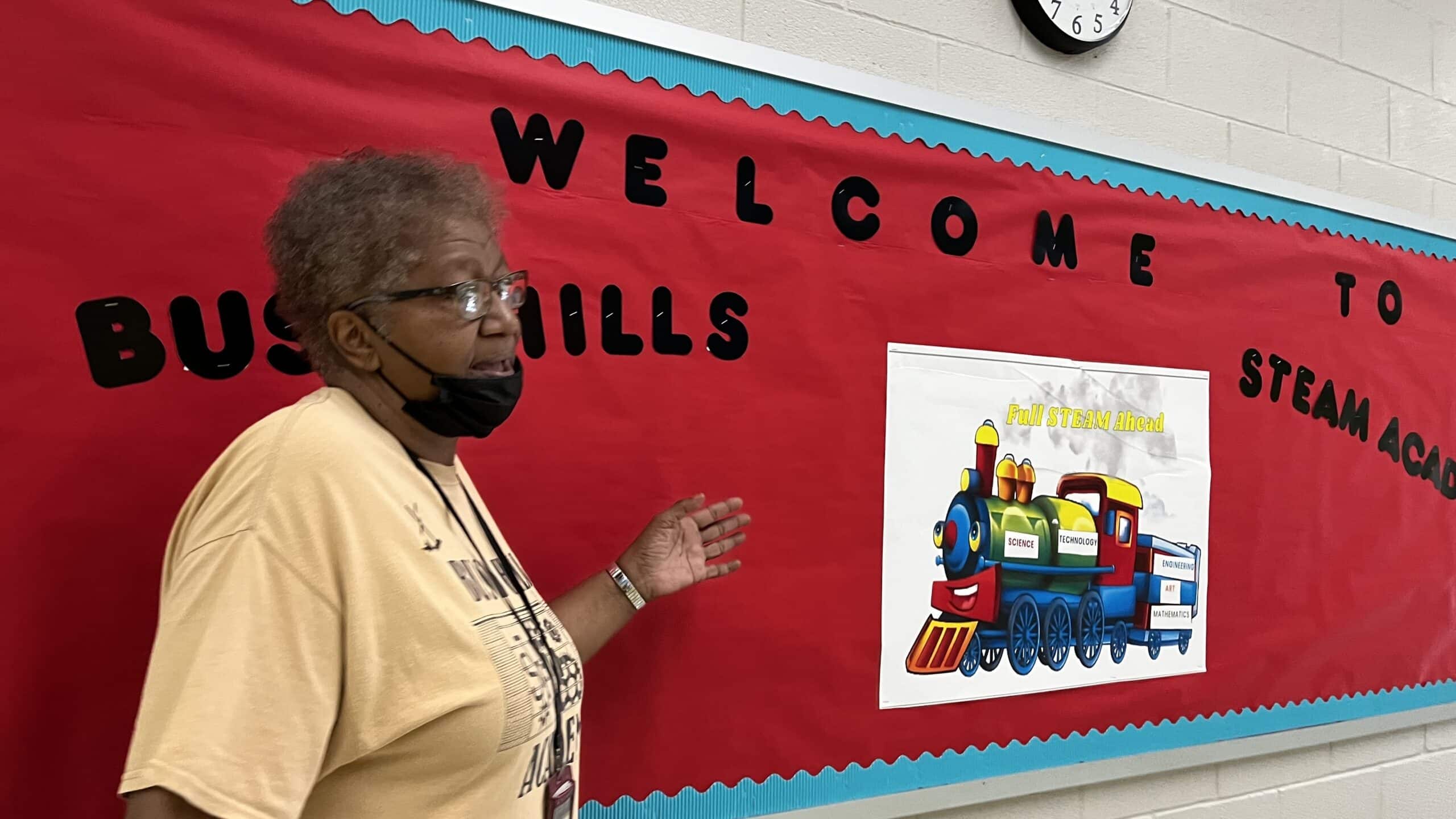 It’s common knowledge at Bush Hills STEAM Academy in Birmingham that if you need anything, ask Jacqulene Heggler. She’s usually seen walking down the halls with a Pepsi in her hand, a little word of wisdom, and a t-shirt that reads “Ms. Jackie” on the back in big, bold print.

Birmingham City Schools welcomed the pupils on Monday. But when kids are playing in the sun and teachers are getting a well-deserved summer break, Heggler said. caretakers and maintenance staff renovate and refresh schools for the first day of school. It is a day that Heggler looks forward to.

“The big test will be on Monday when the little darlings come in,” she said. “It will be [full of] excitement.”

During the summer, Heggler and the custodial team move all the furniture from more than 30 classrooms, then strip the floors. Then they wax them, let them dry, clean and put all the furniture back in place. They repeat the process for hallways, scraping gum off the gym floor, vacuuming carpets and deep cleaning bathrooms.

When students walked in on the first day, they were greeted by shiny, freshly waxed floors, colorful Heggler-designed billboards, and the smell of citrus Pine Sol, courtesy of the custodial team. It is a pride for Heggler.

“I really love seeing the looks on people’s faces when they come in and say, ‘Ooh! You all have a great school! Oh ! Your school is so clean and it smells fresh. Now I like to hear people when they say that,” she said.

But she said she saw her role in the school as more than someone cleaning up. She also takes care of the students because she loves them.

She said she sometimes had to berate the middle schoolers in Bush Hills for starring on the soap opera or running around the halls, but in the end, they were her kids.

“I consider myself [in] like a mom role or a grandma role for the kids, really,” Heggler said. “They are really lovely kids. And once you get to know them, you’ll love them.

At 66, Heggler has worked as a babysitter for half her life. She said she was thinking about retirement, but for now she will continue to work to keep students healthy and happy.

Kyra Miles is a Report for America member who reports on education for WBHM.