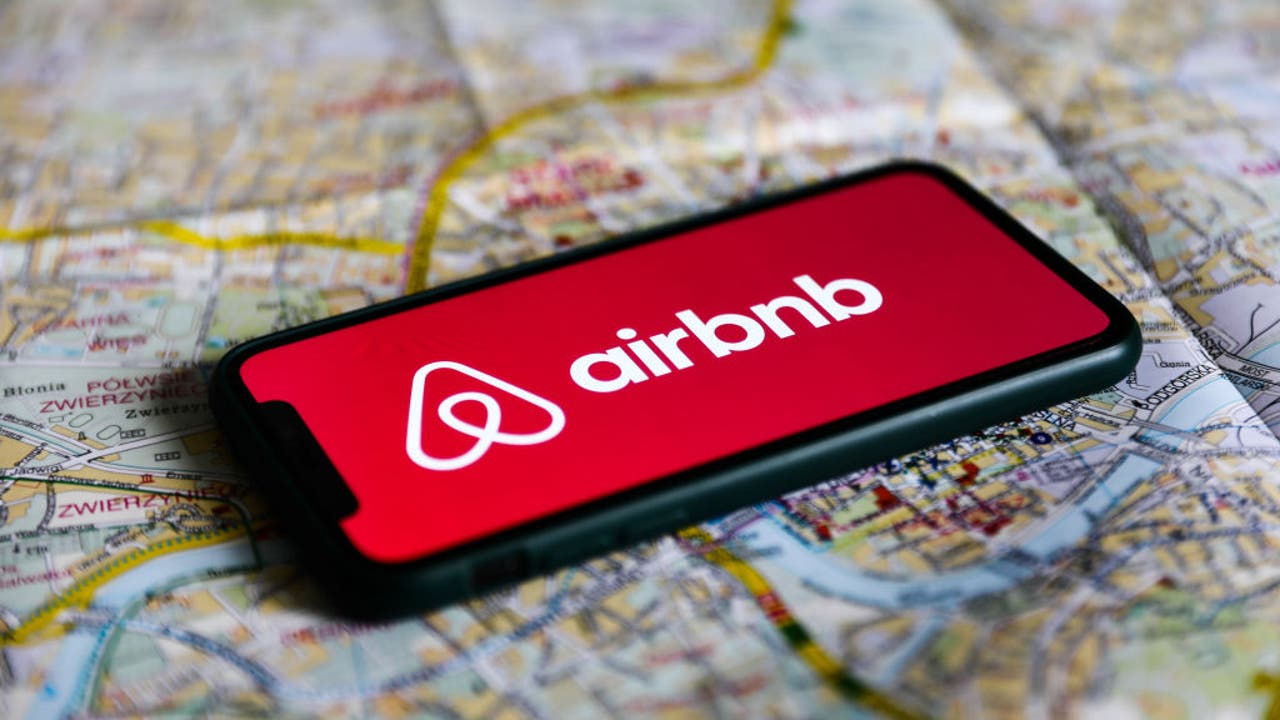 The Airbnb logo displayed on a phone screen and a map of Krakow are seen in this illustration photo taken in Krakow, Poland on August 17, 2021. (Photo by Jakub Porzycki/NurPhoto via Getty Images)

Airbnb announced on Thursday that it is tightening rules and improving technology aimed at prevent unauthorized New Year’s parties in nearly a dozen countries.

The company has been piloting holiday restrictions since 2020 in an effort to avoid disruptive parties and any nuisance to neighbors following complaints.

Since the restrictions were put in place, the company has seen a drop in incidents globally. The company estimated that there has been a 56% year-on-year decrease in incidents during the New Year holidays since 2020.

About 340,000 guests worldwide were blocked or redirected trying to book, including more than 120,000 guests in the United States, over the New Year holiday weekend last year.

Earlier this summer, the company codified its temporary ban on unauthorized parties.

While “the vast majority of travelers and hosts” are respectful, “these proactive defenses will help promote responsible travel and prevent rare instances of unwanted behavior,” according to Naba Banerjee, director of trust products and operations at Airbnb.

GET FOX BUSINESS ON THE ROAD BY CLICKING HERE

They will also allow “hosts, guests and communities to enjoy their year-end celebrations with added assurance,” Banerjee added.

The launch of Airbnb booking filtering technology in 2021 is just one of the ways the company is working to prevent disruptive parties or property damage.

Previously, Airbnb announced that any guest who violates Airbnb’s rules will face serious consequences, ranging from account suspension to removal from the platform.

Read the rest of this story from FOX Business.