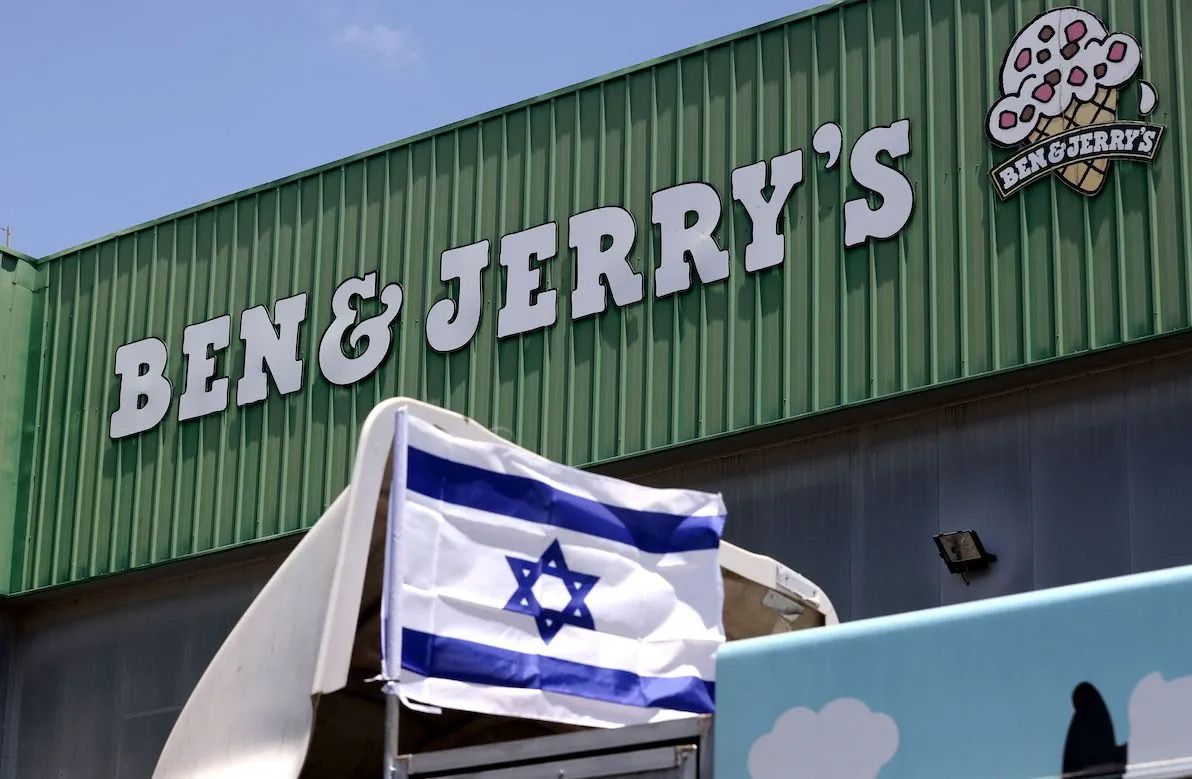 Ben & Jerry’s decision to suspend operations in the occupied Palestinian West Bank is a critical event for Palestinian efforts, which ultimately aim to hold Israel accountable for its military occupation, apartheid and war crimes. By responding to the Palestinian call for a boycott of Israel from apartheid, the ice cream giant has dealt a blow to Israel’s attempts to criminalize and ultimately end the global campaign of Boycott, Divestment and Penalties (BDS).
What differentiates Ben & Jerry’s decision to abandon the ever-growing market for illegal Jewish settlements in the West Bank from previous decisions of other international companies is the fact that the ice cream company made it clear that its decision was morally motivated. Indeed, Ben & Jerry’s has in no way tried to hide or delude its decision. “We believe it is inconsistent with our values ​​that Ben & Jerry’s ice cream be sold in the Occupied Palestinian Territory,” a July 19 statement from the Vermont, US-based company said.
Predictably, the Israeli government was furious with the move, especially since it comes after years of a well-funded, state-sponsored global campaign to discredit, demonize and ban the movement altogether. BDS and any similar initiative aimed at boycotting Israel.
For years, the Israeli government viewed the boycott movement as a real and tangible threat. Some Israeli officials have gone so far as to perceive the “delegitimization” resulting from the boycott campaign as the main threat facing Israel today. Well-attended conferences were held in Las Vegas, Brussels, Jerusalem and elsewhere, hundreds of millions of dollars raised, fiery speeches delivered, while politicians and “philanthropists” lined up on numerous occasions swearing their allegiance. eternal to Israel and accusing anyone who dares to criticize the “Jewish state” as “anti-Semitic”.
However, Israel’s biggest challenge was, and remains, its near total reliance on support from selfish politicians. It is true that these “friends of Israel” can be very useful in formulating laws which, for example, mistakenly equate criticism of Israel with anti-Semitism, or make the act of boycott illegal, and so on. . In fact, many American states and European parliaments have bowed to Israeli pressure to criminalize the BDS movement and its supporters, whether in business or even at the level of civil society and individuals. All of this is very little.
In addition, Israel has redoubled its efforts to control the narrative in the mainstream media, in universities and wherever the debate over the anti-Israel occupation has proven to be substantial. Through Kafkaesque and often bizarre logic, Israel and its supporters have deliberately misinterpreted the IHRA’s definition of anti-Semitism, applying it to every platform where criticism of Israel or its ideology is found. Zionist. The reckless Israeli dialectic has been, unfortunately – albeit predictably – embraced by many of Israel’s Western benefactors, including the United States, Canada, and Italy, among others.
Yet none of this ended or even slowed the momentum of the Palestinian boycott movement. This fact should come as no surprise, as boycott movements are fundamentally designed to bypass government control and put pressure on politicians, state and corporate apparatuses, so that they can respond to calls from civil society. So the more Israel tries to use its allies to illegalize, delegitimize and suppress dissent, the more it actually feeds it.
The above is the secret to BDS’s success and Israel’s Achilles heel. By ignoring the boycott campaign, the movement grows exponentially; and by fighting it, using traditional means and predictable language, it grows even faster.
In order to appreciate Tel Aviv’s intractable dilemma, simply marvel at this odd answer, which was offered by senior Israeli officials in response to Ben & Jerry’s decision. Israeli Prime Minister Naftali Bennett warned the British company that bought Ben & Jerry’s in 2000 of “serious consequences”, threatening that Israel will take “strong action”, most likely referring to legal action. .
But what was really strange was the language used by Israeli President Isaac Herzog who accused Ben & Jerry’s of participating in “a new form of terrorism”, namely, “economic terrorism”. On July 21, Herzog pledged to fight “this boycott and terrorism in all its forms.”
Note how the Israeli response to the continued success of the Palestinian boycott movement remains limited in terms of options and language. Yet legally most attempts to indict BDS activists have repeatedly failed, as recent court rulings in Washington demonstrate. On the other hand, accusing an ice cream company of “terrorism” deserves serious consideration.
Historically, Israel has located its anti-Palestinian propaganda war in a handful of redundant terminology, based on the claim that Israel is a Jewish and democratic state, whose security and very existence are constantly threatened by terrorists and undermined. by anti-Semites. .
The above mantra may have succeeded in shielding Israel from criticism and tarnishing Israel’s victims, the Palestinians. However, it no longer guarantees international sympathy and solidarity. Not only is the Palestinian struggle for freedom gaining ground in the world, but the pro-Israel discourse is finally discovering its limits. By calling an ice cream company a “terrorist” for simply adhering to international law, Herzog exposed the growing lack of credibility and the absurdity of the official Israeli language.
But this is not the end of Israel’s problems. Whether considered successful or unsuccessful, all BDS campaigns are equally beneficial in the sense that each campaign initiates a conversation that often goes global, as we have seen many times in the past. Airbnb, G4S and SodaStream are just a few examples among many. Any global debate on Israel’s military occupation and apartheid is a success for BDS.
That said, there is one strategy that will surely end the BDS campaign, and that is to end the Israeli occupation, dismantle the apartheid racial system, and give the Palestinians their freedom as enshrined and protected. by international law. Sadly, this is the only strategy Israeli officials have yet to consider.

– The writer is a journalist and editor-in-chief of The Palestine Chronicle. He is the author of five books. www.ramzybaroud.net