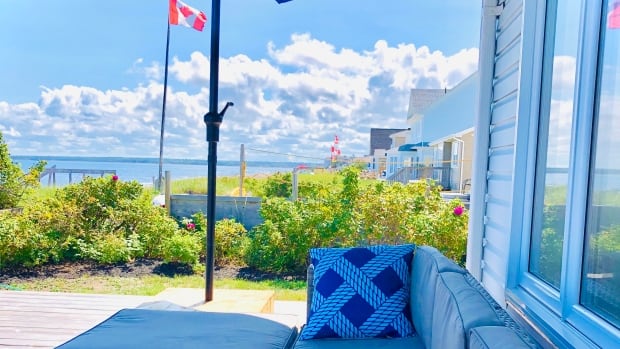 How many rental units in NB have been rented short term on sites like Airbnb?

Short-term rentals on sites like Airbnb and Vrbo have pulled a significant number of units from the available housing market in New Brunswick, McGill University researcher says, and unless communities introduce regulations , this number will likely increase after the pandemic.

David Wachsmuth is an associate professor who teaches urban planning and holds a Canada Research Chair in Urban Governance.

He studied short-term rentals across the country and found that they made housing “harder to find and more expensive”.

Homeowners can charge $ 60 to $ 200 a night for rentals in downtown Fredericton. Some in Saint Andrews are listed for over $ 400 a night.

Just before the pandemic, there were 1,880 short-term rentals in the province, Wachsmuth said.

Most of them were in small towns and rural areas, especially along the coast.

In Fredericton, the number of short-term rentals has roughly tripled since 2017, Wachsmuth said.

These units were concentrated along the river in the city center.

Things have changed during the pandemic, but Wachsmuth believes it is only a “temporary reprieve.”

He expects short-term rentals to “come back with a vengeance” as travel picks up.

The decline was most pronounced – 47% – in Moncton and Fredericton.

This summer, 80 of the 2,850 units in downtown Moncton were short-term rentals.

In the Queen’s Square area of ​​Fredericton, they represented 40 of the 2,000 units.

These numbers may seem small, representing only two or three percent of the total number of units.

But they would make a big difference in the vacancy rate if they were back in the market for the long haul.

They would also give tenants more options.

The current vacancy rate of around 1% is “far too low” for a healthy housing market, Wachsmuth said.

Some other New Brunswick communities were waiting to see what they had come up with.

Saint Andrews clerk Paul Nopper said they had scoured all of North America and modeled a proposal after a program in Nashville.

It went through around 27 drafts and passed second reading ahead of the spring election, he said, but the new council was not convinced it would solve anything.

They defeated him last month, although Nopper said he could possibly be revisited after six months.

Wachsmuth points out what Halifax and Vancouver are doing before – restricting short-term rentals to owner-occupied properties, which he says would create a “fairer housing market.”

“So if you have an extra bedroom that’s fine,” he said. “But we don’t want people buying dozens of houses and converting them into de facto hotels.”

In Vancouver, he said, the restrictions have led to at least 500 full-time Airbnbs returning to the market in the long term.

Nopper is not sure that this type of regulation would create more long-term rentals in Saint Andrews.

The city has 50 to 55 short-term rental units, he said, and a vacancy rate of about 2%. Many owners only live there for about two weeks a year.

People who have had issues with long-term tenants, like students, might just decide it’s not worth the trouble.

Each community has their own unique conditions, Nopper said, suggesting that a one-size-fits-all approach wouldn’t work.

“Communities need to decide what they think are appropriate uses for people’s homes,” Wachsmuth said.

Throughout history, he said, there has generally been a supply of housing available to meet the needs of people who live and work in a place.

“It was easy to forget what a normal housing market should look like – a market where house prices don’t skyrocket every year, where if you want to find an apartment to live in and you don’t have a lot of money, you may find a nice place, ”he said.

“None of these things have been true in most parts of the country for so long now.”

DraftKings partners with NHL, NT and B / R for betting integrations