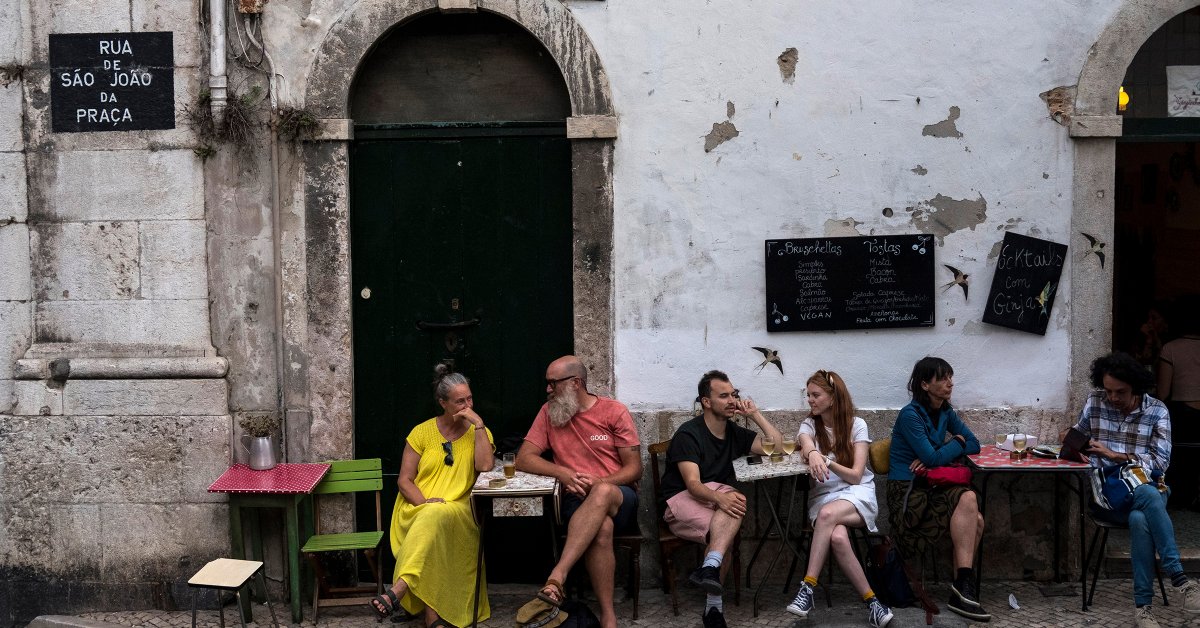 How the coronavirus could affect housing policies in Europe

VSarla da Cunha was convinced that sooner or later the lado negro or the “dark side” of mass tourism would become apparent. But she never thought it would happen so quickly, caused by a tiny invisible virus.

Da Cunha, 40, is one of the inhabitants she calls “the resistance” of Alfama, the oldest district of the Portuguese city of Lisbon where nearly 60% of the apartments are now rented as short-term accommodation. Between 2013 and 2017, Alfama lost 2,000 residents, and now, according to the local group the Association for Heritage and People of Alfama (APPA), only 2,030 are registered as residents.

She too almost left when, in 2017, she was evicted with her two daughters after being harassed by her landlord, who wanted to rent her apartment to tourists. His story made national headlines, and the city offered him a controlled rental apartment in the same neighborhood. Da Cunha got used to sharing her neighborhood with crowds of tourists, but they disappeared as the new coronavirus spread across Europe. Soon she found herself almost without neighbors and few local services. “I live in the desert,” she said. “To shop for groceries, I have to walk a mile uphill. “

Right in front of the supermarket where da Cunha does his shopping, is an apartment belonging to Carlota Godinho, 50 years old. After working in finance in London for 20 years, she returned to Lisbon, bought two apartments to renovate and made a living renting them out to tourists. But her last guests left on March 15 and she has no reservations. She took the plants home so they wouldn’t die, she says. “I’m lucky because these properties are mine, but I have several friends with mortgages who are desperate.”

The experiences described by da Cunha and Godinho – tenant and owner – are shared by hundreds of thousands of people in other European cities, where tourism has stopped as people have been urged to avoid travel and stay at home. they. The urban neighborhoods where globetrotters have gathered are now semi-deserted and increasingly socially fragile, as the short-term rental economy built over the past decade has imploded. Today, advocates across Europe are joining together to try to use the opportunity to support fairer housing policies. “The pandemic has created momentum for housing movements in Europe,” explains Veda Popovici, host of the Network of the European Coalition for the Right to Housing and to the City.

Many cities in Europe, from Venice and Barcelona to Reykjavik, are facing the consequences of years of unregulated mass tourism and growing housing insecurity. But Lisbon, a city of around 500,000 inhabitants which normally receives more than 4 million tourists a year and has 10,000 people in precarious housing conditions, offers one of the most striking examples of how the demands of the global market have supplanted urban policies. Luis Mendes, A geography professor at the University of Lisbon and one of Portugal’s leading experts on gentrification, says Lisbon has experienced what he calls “turbogentrification”.

In the early 2010s, as Portugal extricated itself from the global economic downturn, the government liberalized the rental market and promoted programs to attract foreign capital. It granted “golden visas” to foreigners who can continue to live abroad but must invest at least 500,000 euros in real estate (or 350,000 euros for houses to be renovated), and offered relief important tax to retirees who, renting or buying a property become “non-habitual residents”. With the growing popularity of platforms like Airbnb, short-term room or apartment rentals have become a popular and easy way to earn money. For investors and businesses who own entire buildings – or blocks – this has created the opportunity to immediately cash in on them.

Combined with the boom in mass tourism driven by low oil prices and a growing global middle class, this has created what Mendes calls the ‘perfect real estate storm’, changing the character of what used to be a city. lively residential. “The policies put in place in response to the 2008 crisis radically transformed the city in just 5 years,” he says. Lisbon has become the Mecca of tourism: last year, for the third time in a row, it received the World Travel Award, the Oscar for tourism, for “Best City Break destination”. Thousands of jobs were created in the boom, and homeowners saw the value of their real estate soar.

But many of these jobs were precarious, such as cleaning and registration staff. Soaring real estate costs have left ordinary residents struggling to afford housing – rental costs now average over € 550 per month, while the minimum wage n is only 600 €. And when the entire travel and hospitality industry effectively closed its doors in the second quarter of this year, the inequalities in this new economy became blinding. “It took a virus to expose the contradictions of the neoliberal policies adopted in Portugal,” says Mendes. “How can we quarantine without a stable housing situation? How do we pay our rent or a mortgage if we suddenly lose our job? “

In Lisbon, housing rights advocates “work non-stop, both locally and online,” says Ana Gago, Lisbon-based researcher and collective member. Habita, active for over a decade. “The health crisis has brought to light extreme, and unfortunately not isolated, cases such as overcrowded apartments with up to 6 people per room,” Gago said.

These groups have already helped win concessions for the thousands of people in the city who are struggling to pay their rent. Evictions have been suspended and the most vulnerable households have been allowed to defer payment of their rents until a month after the end of the lockdown, which was lifted on May 3. Days later, on May 7, the Portuguese government approved a measure stating that rental contracts could not expire or be terminated until the end of September.

But activist groups say this is not enough, as the economic and social crisis will last much longer than the health emergency. “We’re just pushing the problem off,” Gago says. “Housing rights are linked to labor rights as well as discrimination based on sex and race. That is why we are joining forces with those of different organizations. With her collective, she shares strategies and ideas with other groups around the world to make permanent change. “Yesterday we participated in an online meeting with participants from 16 countries,” she says.

This type of collaboration must be done at the grassroots, because the institutions of the European Union do not have direct authority in matters of housing policy and ask each country to deal with the issue alone. Still, some officials in Brussels believe there are several steps Europe can take to stem the current crisis in many major cities. “We need incentives for social housing, which would also create jobs in the next recession. But we also need more transparency on who owns housing, ”said Kim van Sparrentak, a Dutch MEP who is rapporteur for the European Parliament’s initiative“ Decent and affordable housing for all ”. “As long as offshore funds are free to invest in the real estate stock of our cities and the short-term rental market is regulated by online platforms, it is unlikely that anything will change.

Of course, not all who rent short-term properties are international investors – and locals like Carlota Godinho who make a living renting apartments to tourists are now at a crossroads. According to data collected by Bloomer—an independent project recently launched in Portugal to collect data on the Airbnb market and to inform guest decisions in the face of this difficult time – around 11,000 listed properties in Lisbon saw 150,000 cancellations over a 12-day period in March , or around € 7.4 million in bookings. Within five weeks, 458 advertisements have been took of. If individual owners are forced to sell, it could actually exacerbate the housing crisis, giving investment vehicles with high cash flow opportunities to grab more properties.

Instead, owners are encouraged to switch from short term rentals to long term rentals. The Portuguese Local Accommodation Association (ALEP) says it now advises members who are considering a change of direction. “Some were already thinking about it before the health crisis, but now, of course, the number has increased”, explains Eduardo Miranda, president of the ALEP. “We are working with the city on a new affordable rent program.” The Lisbon city government approved a plan in March to rent around 1,000 apartments to private owners and sublet them to people in need of affordable housing.

But many owners are reluctant to make a permanent change. Godinho says she is worried about “constantly changing rental laws” and plans to rent out her apartments for periods of two or three months, while waiting to see what happens. Private landlords who hope to wait until the crisis is over “won’t solve anything,” says Gago, the housing activist. The window for more comprehensive reforms may be closing; the short-term rental market in Lisbon appears to be stabilizing. According to Bloomer data, reservations made within the previous 14 days remain unchanged.

Carla da Cunha expects her days wandering the deserted streets of Alfama, past closed cafes and half-empty streetcars, won’t last long. “Everything will go back to how it was before, mass tourism is on standby,” she said. “People quickly forget.”

The brief on the coronavirus. Everything you need to know about the global spread of COVID-19

For your security, we have sent a confirmation email to the address you entered. Click on the link to confirm your subscription and start receiving our newsletters. If you do not receive the confirmation within 10 minutes, please check your spam folder.