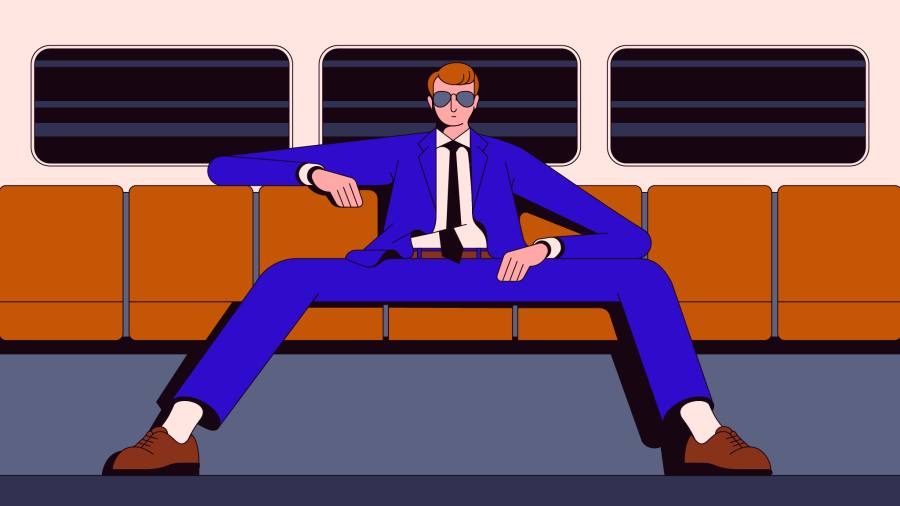 Every day in a city, people are fighting for space. It’s everywhere: the frenzied bidding for a broom closet in Knightsbridge, the Parisian butler who deems you too ugly to sit at a central table or, of much different moral importance, the police harassing young people men of color deemed to be in the wrong neighborhood. The € 10 cappuccino in Piazza San Marco in Venice is the rental price of this space.

It is these battles that can make city life so stressful. After a one year hiatus, they have now resumed, but in a modified form. Because the status of the space, the value of each urban spot, has been shaken up and redistributed. The post-pandemic city will host new types of space battles.

The status of space has skyrocketed since the 1970s, when there were still jobless bohemians living in London’s Soho and you could park your car outside the gates of flagship museums. As space gained in value, cities had to choose how to allocate it. Basically there are two approaches: either you sell it to the highest bidder (roughly the definition of neoliberalism) or you recognize non-monetary forms of status.

For most of the last century, the non-monetary approach has remained common. Soviet citizens needed a bureaucratic permit to settle in Moscow. Even Manhattan was once full of rent-controlled apartments allocated not so much to the working poor as to the well-connected. And when Jacques Chirac was mayor of Paris in the 1990s, he distributed apartments of grace and favor belonging to the city to friends. Future French Prime Minister Alain Juppé and some of his relatives were lucky enough to get several (although Juppé said nothing wrong had happened).

Regardless of the exact criteria used to allocate the space, the winners were almost always people of high status – men, whites, and the elderly – who generally felt entitled to it. Think of “sprawl” on the subway, SUVs banning street children, baby boomers winning the housing market, and New York’s “stop-and-frisk” policy, which disproportionately targeted blacks and Latinos.

As space grew in value, cities had to choose how to allocate it: either you sell it to the highest bidder or you recognize non-monetary statuses.

Gradually, neoliberal space allocation has become the norm, especially in New York and London, but also in Beijing, which now periodically expels so-called “low-end residents”. Yet other forms of status continue to matter in cities. When penniless octogenarian French writer Gabriel Matzneff fell out of favor recently because of his pedophile writings, he turned out to be living in a subsidized apartment on the left bank of Paris, a tribute from the French state to his literary fame. Cities like Amsterdam are now planning to divert apartments from their most lucrative use – like Airbnbs – and keep them for residents instead.

Even in New York, money doesn’t always matter. An undying New York Times article from 2005 describes how the doormen at Marquee nightclub chose which patrons to admit. The bribes were not enough. A tech entrepreneur was told, “Showing a stack of cash is a complete and utter admission that you don’t belong here. Instead, the Marquee granted entry on the basis of constantly evolving non-monetary claims. From the 1990s, the newspaper reports, “waiflike beauty began to trump the eccentricity studied as the main criterion.”

A doorman explained his philosophy: “My dad always taught me that there are winners and losers in this world. My job is to make this place full of winners. He had summed up the ideology of the modern city in one sentence.

Gentrification continues to create high level space, but there is never enough for everyone. Now the pandemic has rearranged the spatial status of rival landforms. House prices have surged, despite the influx of residents out of cities, while demand for office and retail space has plummeted. I just returned to London for the first time since March 2020 and, months after the UK started to reopen, the city center was still so quiet that every day felt like a Sunday. One morning, walking along a nearly empty Oxford street, I remembered a large provincial street around 2019.

There is an obvious trade-off and the John Lewis store group has started to do so with plans to turn some of their properties across the UK into 7,000 rental units. Roads that occupy around 30 percent of London’s land area are also under pressure, just 6 percentage points less than the space allocated for housing. In the age of telecommuting and cycle paths, it’s too much asphalt.

Capitalism abhors a vacuum and, in expensive cities, space that has lost its status will be reallocated to higher status uses. It is an urban process that never stops: at the end of the 19th century, Oxford Street transformed itself from residential and entertainment to retail. Fifty years from now, a Upper Anthropocene yuppie lying on his patio in the November heat, gazing at the dikes that line the Thames, might say, “You know this building was a department store? Yeah, a Debenhams or something.

Meanwhile, in the remote neighborhood where I was staying, which had very little space status in the 1950s when Rod Stewart and the future founders of The Kinks were growing up there and still don’t even have a subway station, the average house now costs £ 1.02million, up 19% from 2019.

To pursue @FTMag on Twitter to discover our latest stories first

TX Markets will take over the Buy-Louer.ch real estate portal in French-speaking Switzerland