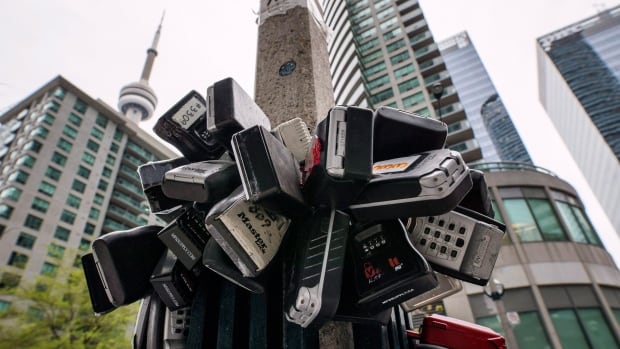 Use the back door. Avoid the lobby if you are carrying luggage. Don’t talk to neighbors. Say you’re visiting a cousin. And above all, do not mention Airbnb.

As cities and buildings around the world crack down on Airbnb and other short-term rental platforms, some hosts are asking guests to lie about who they are and why they’re there.

For vacationers or those looking for a weekend getaway, Airbnb offers convenient and affordable accommodations, giving guests a base in local neighborhoods rather than a traditional hotel.

For local governments and residents, however, Airbnb and others are increasingly accused of squeezing affordable housing and dodging taxes on hotels and other business operations.

A number of Canadian cities, including Toronto, Vancouver, Ottawa and Montreal, have all moved to tighten rules around Airbnb and other short-term rentals, through methods such as taxation, certification and limits on the frequency with which a space can be rented.

But it also happens at the micro level, with individual condominium boards issuing guidelines or outright bans to owners and tenants of their buildings.

Guests are sometimes caught in the middle.

That’s what happened to Patricia Payne from Labrador, whose trip to Toronto took an unexpected turn when she ended up booking one of these “rogue” units.

“I felt like a criminal, I was scared to look anyone in the eye,” she said.

Payne was in town with her boyfriend to visit family, who recommended she try Airbnb for a potentially cheaper option in a more convenient location. She found a condo near her aunt’s house.

“All the amenities were kind of an exciting extra, because we didn’t expect to find a full house to stay in, with a pool and hot tub and everything.”

But three days after booking, her host sent her a list of rules that weren’t outlined in the list posted on the online home-sharing platform.

“He told me that if anyone asked me, I was just here to visit him and his family as if we were friends…and not to talk to security, the concierge or anyone worked there,” she said.

“I thought it was a little sketchy and I thought it was weird,” she said. “So I kind of reached out to my aunt and asked her if it was something people do, because I don’t know. I don’t live in a big place, we don’t have Airbnb at home. House.”

By the time Payne received these new rules, it was too late to cancel without losing money.

A Marlet producer went undercover in the same condo and received a similar set of rules.

“If someone asks, you just visit,” the rules state. “Please don’t mention Airbnb or short term rentals. It’s not allowed in the condo building.”

When a Marlet producer entered the building on the day of check-in, he received a kind reminder from the host: “Don’t mention anything on Airbnb, okay?” He whispered. “They don’t like it here.”

Watch how some Airbnb hosts get around their condo rules:

How Some Airbnb Hosts Are Bypassing Their Condo Rules

Amid a crackdown on short-term rentals, some hosts are asking guests to lie about who they are and why they’re there 0:53

Payne ultimately decided to stay on the roster, but said she felt too uncomfortable to use the building’s advertised amenities, such as the pool and hot tub.

“I was afraid of being kicked out in the middle of the holidays and being stuck with nowhere to stay,” she said.

Payne isn’t the only one to have experienced this. With data provided by AirDNA, Marlet analyzed reviews posted on Airbnb in 2018 in major cities across Canada.

Toronto, Vancouver, Calgary, Montreal and Winnipeg all had reviews mentioning customers having to sneak in or misrepresent themselves. (Reviews from Halifax and Whistler, BC, by contrast, made no mention of secret Airbnbs.)

An ad in Ottawa had many reviews mentioning the need to hide the fact that guests were staying at an Airbnb.

“The check-in instructions made it look suspicious that air bnb [sic] was welcome in the building,” read one review. “A letter left under the door by building management on the second day reconfirmed it.

A Mmarketplace producer has booked a stay with the same host. They were given a long set of strict rules, stating that keys had to be “discreetly” retrieved from a safe. The rules also suggested customers use the parking garage entrance if they were traveling with luggage.

And upon entering the apartment, more rules were waiting in a printed and framed document on the counter.

“DO NOT speak to the building superintendent,” the document read. “They will deny you access if you speak to them. … Failure to follow house rules … will result in a minimum charge of $200.”

“You can’t be friends…with ghosts”

Chris Devita is the chairman of the board of 600 Fleet Street, a downtown Toronto skyscraper that banned short-term rentals about eight years ago. He says he understands why some condos ban Airbnb, saying too many in one building can mean a lack of community.

“You can’t be friends with people who are just ghosts… They come and go,” he said.

According to Devita, the consequences can be even more serious.

“The nightmare is not a nice couple from Chicago staying here for a weekend,” he said. stuff. It happens.

Toronto is no stranger to crime happening at Airbnbs. In 2018, police confirmed they were seeing a trend of human traffickers using Airbnbs in the Greater Toronto Area.

And there were calls to review the rules around short-term rentals earlier this year, when a video of a woman throwing a chair onto a high-rise balcony went viral. Marcella Zoia, a 19-year-old who now faces charges of life-threatening mischief and public nuisance, is believed to have been staying at an Airbnb.

Airbnb declined Marletrequested an interview and instead provided the following statement when asked about the secret lists.

“Responsible home-sharing strengthens neighborhoods and generates significant economic impact for cities, provinces and our hosts…We are committed to continuing our work with cities across Canada to ensure a healthy and responsible home-sharing community.” that balances housing affordability concerns. with the right of ordinary people to share their home.”

Devita said her condo has tried to work with Airbnb, suggesting an opt-out option where addresses that have rules against short-term rentals can be excluded from the platform.

After no response from Airbnb, he says the building has taken matters into their own hands.

“In the past, we locked [Airbnb guests] out of the unit, canceled the key fobs and escorted them off the property because they are strangers, they don’t live here,” Devita said. “You will be on the street in the middle of the night if you get caught.”

Airbnb says it’s up to hosts to follow local laws and regulations.

Still, Devita said its board hasn’t ruled out allowing short-term rentals in the future.

“I understand some buildings have actually embraced it. That’s great, let them be the guinea pigs, see how it goes,” he said. “Perhaps in the future we will reconsider this position – but only after all the other buildings have made mistakes for us.”

Liverpool owners could get short-term returns…