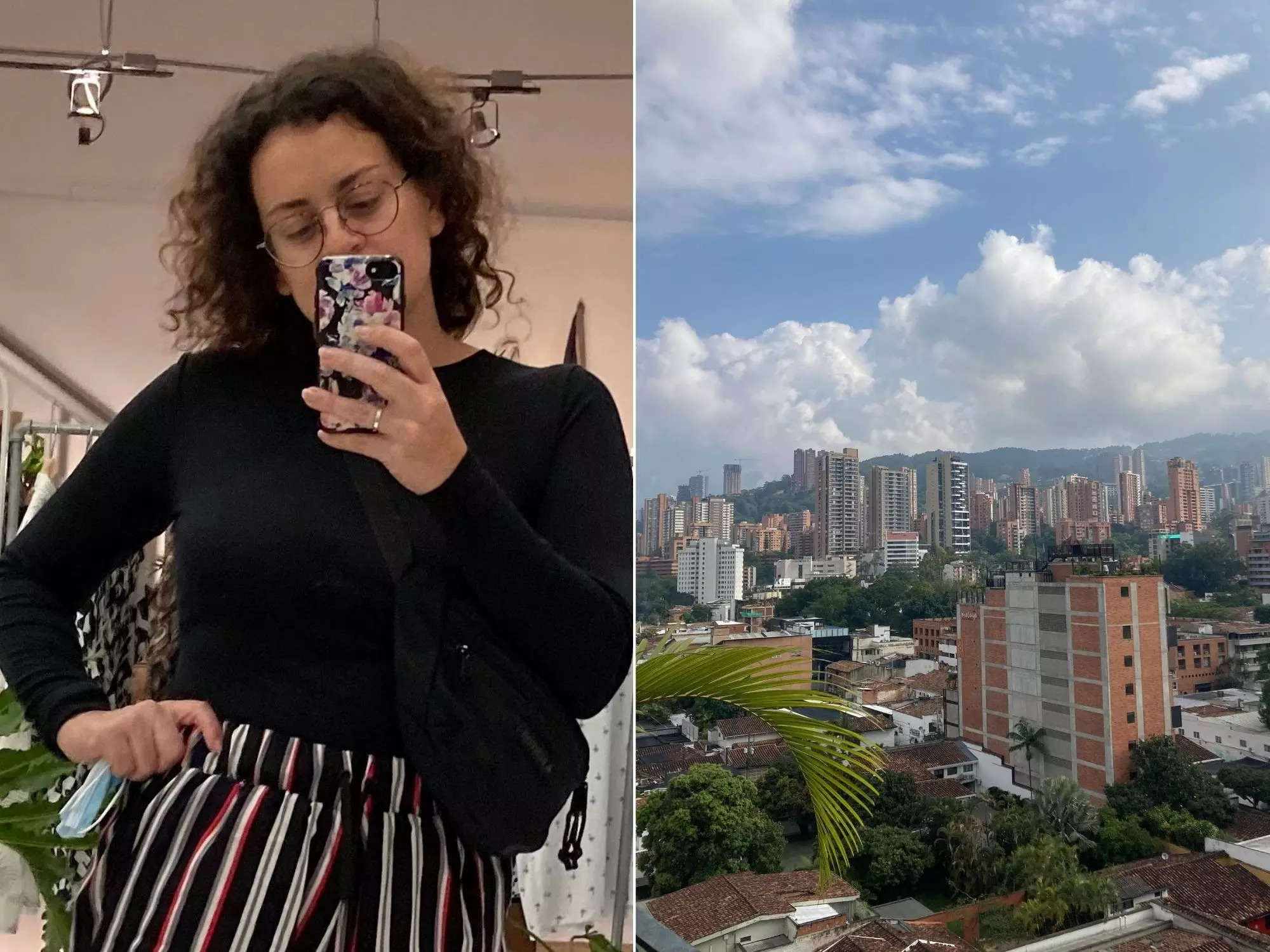 I left NYC to work remotely in Colombia for almost 2 months. I liked it so much that I plan to do it every year.

Although I’m originally from Boston and have lived in New York for over five years, I’m not a fan of winter.

Fortunately, my full-time job as VP of Communications is remote – with occasional in-person meetings in New York – so I have the flexibility to work from anywhere.

Last year I rented a for a month with friends in St. Petersburg, Florida to escape the cold, and I loved it. In the end, a friend of mine dropped out of NYC and moved to St. Pete permanently.

So this year, I wanted to work somewhere as hot and in the same time zone as New York. I invited a good friend of mine to join me, as we had both recently ended pandemic relationships and wanted to start again in 2022. We left for Medellín on January 4 and returned to the United States on February 25 .

A few years ago I went to Colombia for a work trip and couldn’t wait to go back. My old clients were still in Colombia – one was running a new CGI and games company while investing in coffee plantations and another was running his own consulting firm. I had stayed in touch with them on Instagram, and it looked like Colombia was developing in a positive way.

When I told my parents that I was going to Colombia for a few months, they asked me, “Why can’t you just go to Florida?” Honestly, I wanted to get out of my comfort zone. I like to practice new languages ​​and not to mention that my money would go much further in Colombia than in Florida.

Our first apartment in the El Poblado area of ​​Medellín was beautiful but unfortunately we realized that the bumps we woke up with every day were dust mite bites, so we booked two different Airbnbs that would cover us for the rest of the trip.

Each of the Airbnbs had strong WiFi and dedicated office spaces for us to work in, and our latest Airbnb even had its own pool.

I’ve worked from our Airbnbs, cafes, and hotel coworking spaces

Every day exotic birds chirped or screeched strange bird calls. So I was up at 6 o’clock in the morning. I started my morning with a bit of writing, followed by an hour of walking in the hills of El Poblado, usually stopping for a coffee at Al Alma with oatmeal or a smoothie (all for about $6).

If I had a lot of calls I would work from our Airbnb, but otherwise I would find one of the many cafes in El Poblado to work for the day or a hotel like Click Clack which has open seating areas.

There is a lively nightlife and a wide variety of restaurants

In El Poblado, every week there is a party called “Gringo Tuesdays” in a bar called Vintrash, where people (not just gringos) from all over the world meet and dance.

The streets in this area (the Provenza neighborhood of El Poblado) are closed to cars and people sit at outdoor tables while others walk the streets.

We loved sitting at a table drinking Aquilas (local beers) and people watching. The paths between the bars are lined with jungle trees and even a river. The higher you go up the hill from Provenza, the more candle-r the restaurants and the more sophisticated the clientele.

A typical day for me included a café frío with avocado toast or a croissant from Pergamino, followed by a late lunch or high tea arepa finished with dinner at a trendy spot in El Poblado. One of my favorite snacks was 8,000 pesos ($2.10) bun bun or a fried cheese taco from La Revuelta. Restaurant quality throughout El Poblado is close to or better than some New York restaurants.

Colombians love their hot dogs and hamburgers. Whether it was salchipapas, aka hot dogs on a bed of fries, or a mini hot dog appetizer plate, I really enjoyed the Colombian version of the hot dog.

I expected everyone to be dressed in flowing dresses with lots of flowers, but street style across Medellín is very diverse. There are many affordable and unique stores – a store called Diez sells gender neutral streetwear which I love, while another, gold sub, sells both work clothes and going out clothes. I bought some fun striped shorts from Diez that can be worn by any gender and are super comfy.

Unlike my experience in Europe, where many locals are reverting to speaking English, I found that Colombians wanted to speak Spanish with us.

Maybe it’s because Colombians take everything a bit slower here, but it was easier for me to understand Colombian Spanish than Peruvian or Puerto Rican Spanish when I visited those countries. I also found a local teacherand I continue my weekly lessons via Zoom with her.

Speaking Spanish was humbling. I kept telling people I was trying to learn Spanish, saying “Estoy probando”. I thought I was saying “I’m trying”, but instead, after taking Spanish lessons, I realized that I was telling everyone: “I taste, I taste”.

In just under five hours and with round-trip flights between $100 and $500, you can be in Medellín from the East Coast in less time than it takes to get to Los Angeles. On February 25, I left Medellín at 1 a.m., arrived at JFK at 6 a.m., and was in my Brooklyn office by 10 a.m.

There are ups and downs, but I plan to work from Medellín every year

Colombia is a beautiful country, but despite progress over the decades he still has high crime rates. I never walked home alone after 9 p.m. and always took taxis rather than public transport like buses or the metro. The pandemic is still taken very seriously in Medellín, and people wore masks everywhere while we were there.

I love Colombians and besides Medellín the country has countless other cities, beaches and jungles to explore. Despite the bed bugs, I’d love to go back every year – hopefully with better Spanish and more friends each time.

Andrea Capodilupo is an author of comedy, cooking and fiction. She likes , eat donuts. and try vegan recipes. His writings have appeared in the Boston Globe and New York Magazine.