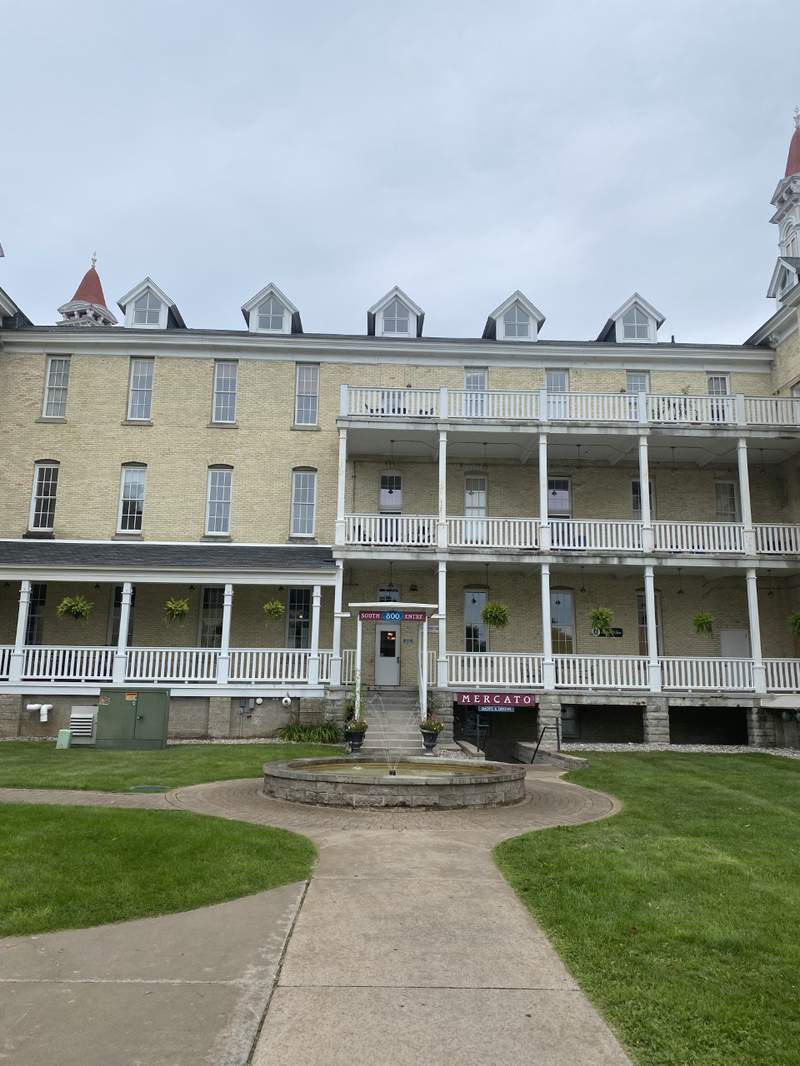 For some, staying in a hotel or haunted house is a bucket list experience, but when I found out my friends had booked an Airbnb in a building that was once a mental hospital, all I could think of was that ghosts would visit me at night.

I was traveling to Traverse City, Michigan, to attend a friend’s high school wedding, and I was staying with a group of friends.

My friend who booked the accommodation sneakily told me a week before the wedding that the apartment was in a former mental hospital that had been refurbished – and that it may or may not be haunted.

As someone whose heart rate increases as I think about going into a haunted house for fun, I immediately started to panic.

All I could think of was the season of “American Horror Story” which took place in an insane asylum.

For those who love to watch paranormal TV shows, this would be such a fun place to stay. The place was once called Traverse City State Hospital, but is now called The Village at Traverse City Commons.

I didn’t do too much research on the place because I didn’t want to go down a rabbit hole and panic, but when I pulled over on a bleak late summer day I couldn’t keep me from feeling like I was walking into a very haunted building.

As you can see in the photo above, this place looks downright scary!

Inside, however, you would have no idea what building was used as a hospital. Of course, the walls are all brick in the basement, but it is full of cute little shops, cafes and restaurants.

The apartment we stayed in was absolutely beautiful as well. It was on the top floor, it had giant ceilings and was completely remodeled. I actually wanted to move in when I got there.

After an amazing dinner in the basement of the building (if you’re ever in Traverse City you’ll definitely want to eat at Trattoria Stella) it was time to go to bed which was the moment I was dreading since his arrival.

I’m not ashamed to say it, but the first thing I did when I entered my room was burn some dried sage. I was probably overreacting, but whatever! I wanted to let evil spirits know that I wasn’t kidding.

My room was basically a loft so I felt like I was in the attic of the apartment which scared me a bit. My room was also in the dark, and once I heard a crackle after closing my eyes I of course slept with the lights on for the rest of the night. It sucked, but it was the only way I could rest without panicking.

I did the same the second night – especially knowing that there wouldn’t be a spooky spirit coming to haunt me in my sleep. When I got home I finally did some research and learned that the hospital was a very positive place and it wasn’t a horror movie.

But still, the thrill of knowing that there could be any type of supernatural spirit is still alluring enough to those who live for this stuff.

So if you need a place to stay (or just visit and take a tour) I cannot recommend The Village at Traverse City Commons highly enough.

If anything, you’ll have a fun story to tell about how you stayed in a haunted hotel.