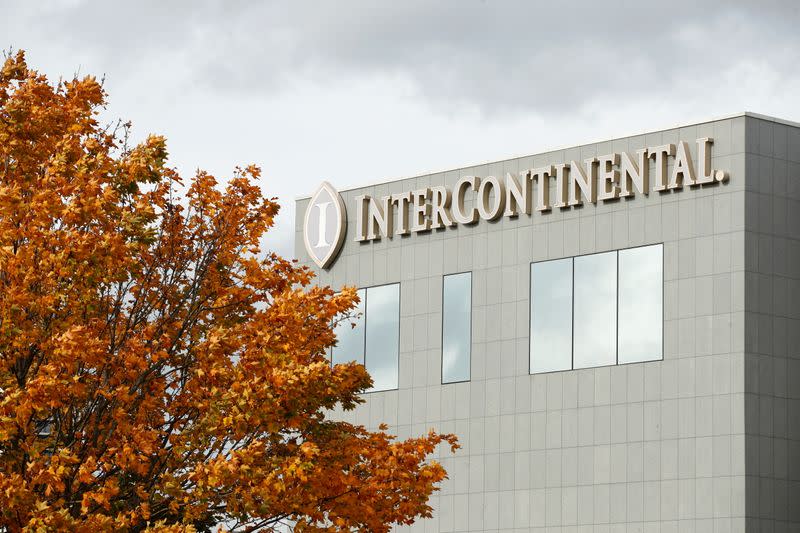 (Reuters) – IHG said on Friday it was seeing encouraging signs of a recovery in business and international travel, with strong corporate bookings in the United States as the Holiday Inn owner’s room revenue nears pre-pandemic levels.

The owner of hotel chains Crowne Plaza, Regent and Hualuxe said hotel room revenue (RevPAR), a key performance indicator, increased 66% in the third quarter as the United States failed down only 7% from 2019 levels after a busy summer season.

“Demand for home entertainment was particularly strong in a number of markets over the summer, where occupancy and fares recovered to 2019 levels,” said Managing Director Keith Barr.

IHG said he was encouraged by signs of an increase in business travel, group bookings and international travel in September.

Travel and hospitality businesses around the world are recovering from the pandemic as higher vaccination rates and easing restrictions spur an increase in business and leisure travel.

However, renewed closures due to the spread of the highly contagious Delta variant, along with pre-flight COVID-19 testing as well as remote work options, still pose a significant constraint on the industry.

IHG’s Americas region revenue, which accounts for the bulk of the group’s revenue, increased 76% in the quarter and was down 10% from 2019.

In China, like other hotel operators such as Marriott International, IHG was hit in August by new restrictions.

IHG shares were down 1.5% as of 07:25 GMT, with Citi analyst James Ainley saying this reflected the company’s underperformance relative to industry data.

“The key brands of (IHG) Crowne Plaza and Holiday Inn are particularly weak relative to their segments,” added Ainley.

IHG has reviewed around 200 Holiday Inn and Crowne Plaza hotels to cut costs and position for growth after COVID-19. He has already left or confirmed the exit of 90 hotels, he said on Friday.

It is targeting an additional $ 25 million in cost savings this year.

(Reporting by Federico Maccioni in Gdansk and Yadarisa Shabong in Bengaluru; editing by Rashmi Aich and Edmund Blair)